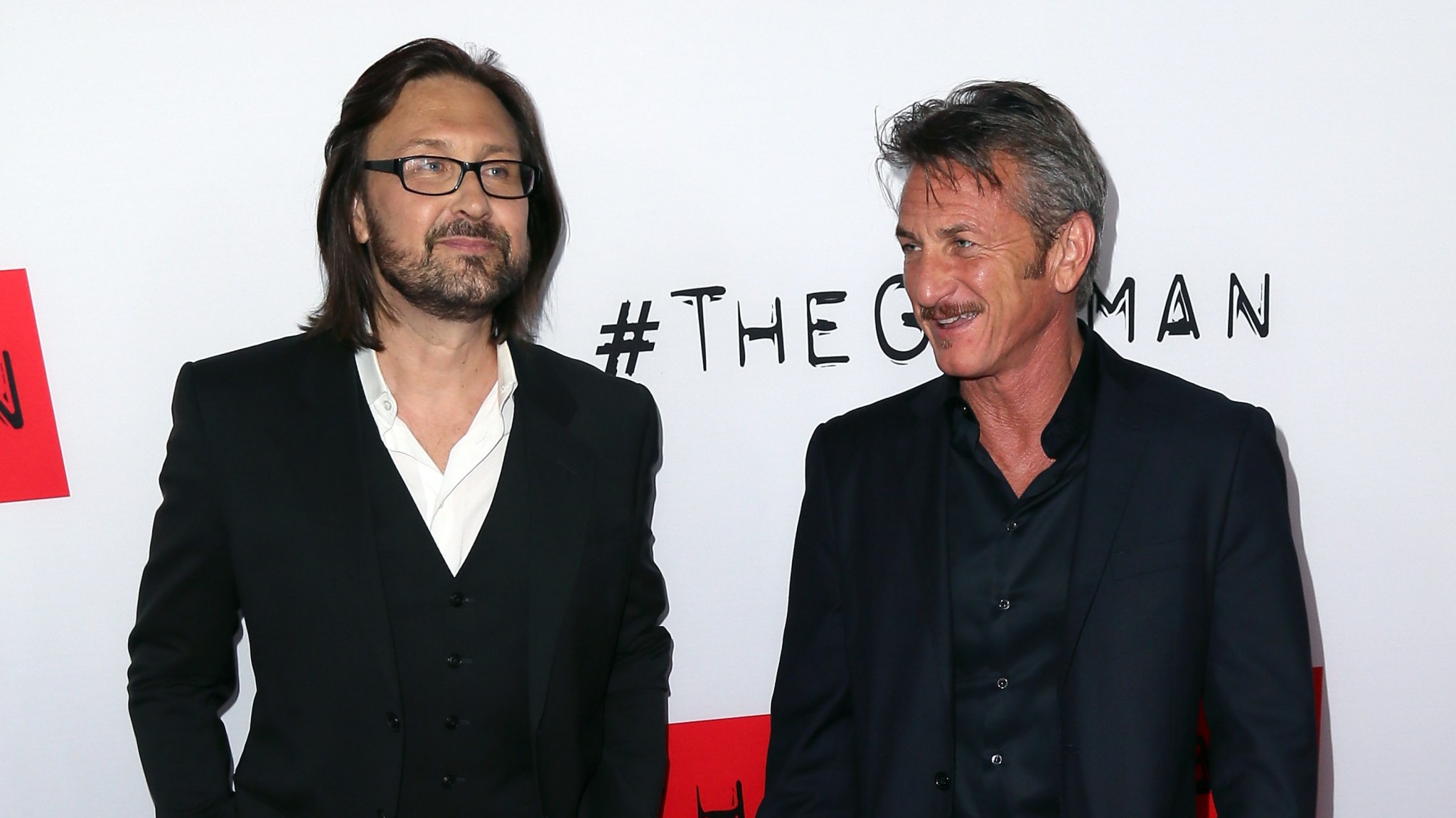 Seven years ago, the French director Pierre Morel helmed Taken and changed the world forever. He could have decided to spend the rest of his life resting atop a heavenly gilded throne, itself resting atop a mountain of gilded turtles, with a thankful world population forever laying garlands at his feet. Instead, he decided to continue making movies. In Morel’s latest, The Gunman, Sean Penn plays an assassin suffering a crisis of conscience, but not one bad enough to stop him from killing, like, everyone; the always welcome Javier Bardem and Ray Winstone are along for the ride, too, to mercilessly ham it up. The result is a messy bit of fun with just the right amount of goring and throat-stabbing. Ahead of its Friday release, Grantland had a quick chat with Morel.

No, actually. As you just mentioned, what is interesting in Sean and his body of work is, he’s reinventing characters in every movie. That’s what makes him so great. He’s such a versatile, talented guy. He doesn’t like to repeat himself. I’ve been a fan of Sean’s for a long time, I’ve seen everything, all the different characters. And I thought, He can do this — he’s got the intensity, he’s got the physicality. Let’s go.

You also have Mark Rylance, one of the best stage actors working today, in a rare movie role. Is he all about, like, examining the spirit of the work and all that?

They all have different approaches; they all come from different schools. Sean is a Method actor, Javier Bardem comes from a more character approach, and Mark is a stage actor. The British actors, most of the time, they have a very different approach — they approach the movie the way they would a play, so they stick to the lines. And in the lines, they ask: Where is the character? How do we find it? As you said, [Mark] has done very, very few movies, and he’s this weird character [in The Gunman], so it was quite an experience to lure him into this type of movie. This type of man — he’s impressive, I was always impressed by his work.

Then there’s Ray Winstone, one of the all-time great shady character actors, popping up and doing his usual great sweaty Ray Winstone thing. So is he just like that? Or does he just turn it on when he wants?

I don’t think he’s that shady guy! He’s a very friendly guy. But what you see onscreen is what you get with Ray. He’s that very warm, very happy chap. I’m sure he has a dark side, which I have not experienced. But you immediately like him, you are immediately compelled to him. Ray, you want him as a friend.

There’s a very dramatic moment in the film involving a rampaging bull. Without giving away too much, how the hell do you shoot that?!

It’s a lot of different locations, lots of different bits and pieces — obviously, you cannot have that kind of a beast in front of actors. It’s literally dangerous. No one approaches these beasts — apart from a matador, a trained guy, but he only does so when the bulls are weakened enough to do it. Otherwise, they would never survive. So you have to be very careful. And you have to cut this into pieces, and then to regather the pieces all together to make it look cool.

It’s a very impressive animal — 1,000 kilo, heavy and fast and brutal. And when it goes from A to B — you don’t give directions to a bull! It does what it does. The moment you open the door, it just goes. Brutal force. It’s very impressive.

So in the years since Taken, there have been about 20 Takens (not including the actual new Takens). What’s your feeling on that? Is it satisfying to see your work inspire others?

Yeah, I guess, of course — it’s always satisfying. This being said, when we did Taken, I didn’t think, I have the recipe to make hits. You just try to make the best movie you can. When Taken became what it became, yeah, it was like, “Wow. Wow.” I’m so glad. Liam has been that guy ever since, and it worked well for him. And he’s so impressive. He’s someone you can root for in real life — this character is not just that action guy. It’s that action guy with something more. With gravity, and background. You love him. You have empathy for him.

Do you try to keep up with that whole Liam genre?

I have not seen them all. I’ve seen Non-Stop, I’ve seen Unknown. I haven’t had time to see Run All Night. They’re all cool, very cool.

I assume after Taken you were offered a bunch of these kind of movies?

Yeah, absolutely. I always try not to repeat myself too much. It can be a career move. I’m not a career-move guy. I’m not compelled to try to reproduce the same tricks — if you do the similar movies with the similar structures, you’ll be walking in your own footsteps. I didn’t feel like doing it. I passed on many of those so-called revenge movies or rescue movies or whatever. No. I mean, why repeat?

How about other actors? You ever get approached like, “Hey, uh, Pierre, think you can hook me up with an action franchise?”

No, no … make new action heroes? No, no, no. I don’t even approach it that way. I’m trying to find the right material and an actor who makes sense, who’s coherent to what the character is supposed to be, and carries more than just action. You root for characters, not for action heroes.

You know, Liam made a lot of money after Taken. Did he ever get the chance to break you off with, like, a little gift here or there?

[Laughs.] No, no. We’re still in touch; he’s a friend, we’re good friends. It was a great experience.

‘The Andy Greenwald Podcast’: Natalie Morales on ‘The Americans,’ and More