Grading the Top 10 Songs in … HEATSEEKERS! 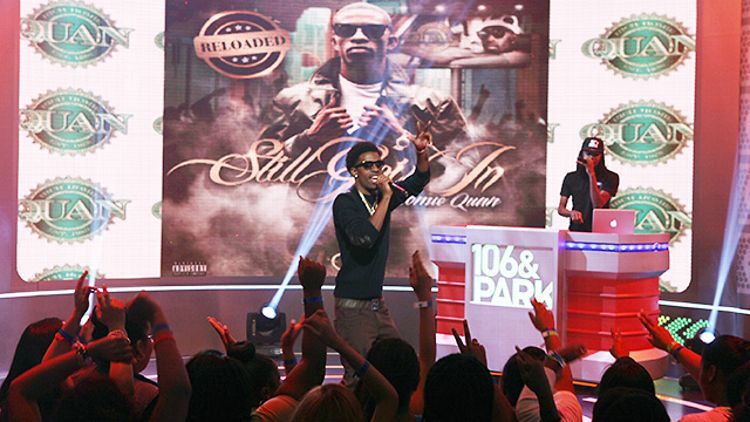 Every week on Grading the Charts, Molly Lambert examines a different musical top-10 list, covering the best-selling and most-played songs from specific genres in every corner of the world. This week, GTC takes on Billboard’s “Heatseekers” chart, which follows the tracks making the biggest weekly upward gains. Let’s see what songs are poised to heat up the charts as the weather cools down.

You had me at “Sade, I’m a smooth operator,” Rich Homie Quan. The best thing about this song is that it does make you feel some type of way. Drake called this the song of the summer, but it’s one remix away from being the song of the fall, too.

Best YouTube Comment: “I feels so bad because someone really told this boy he could sing.” —AyannaNichole

Sorry, but a Californian band called “The Neighbourhood”? Let me just hop into this aeroplane made of aluminium and fly to London, because I can’t be arsed to tolerate fake Britishness when it’s not coming from Ms. Britney Spears. This song already had a pre-strike against it for reminding me with its title of the masterpiece “Autumn Sweater” by Yo La Tengo. The second strike is being from Newbury Park and spelling neighborhood with a “u.” The third strike is the song itself, which is crap rock cloaked in faux-indie style.

Zendaya Coleman is a Disney Channel teen star of the very newest generation (Zendaya was born in 1996, Miley was born in 1992). Zendaya is currently on Disney’s Shake It Up, as a character named “Rocky Blue.” She got her start as a backup dancer for Selena Gomez and was a “featured performer” on the Kidz Bop version of Katy Perry’s “Hot n Cold.” Zendaya’s official debut album drops today, just in time for Shake It Up‘s cancellation. “Replay” goes for minimalist EDM R&B, calling to mind Cassie and Ciara. And unlike most of the more recent Disney pop stars, Zendaya can actually dance her ass off.

Best YouTube Comment: “I think the choreography on shake it up doesn’t showcase her potential. This video did.” —Rizzel jugarap

Best YouTube Comment: Pompeii is used as a metaphor to describe somebody standing still, looking out as their life falls apart and swallows them whole. It seems to me that the narrator is somebody who has big dreams but becomes content working a regular job and living a regular life. One day they stop and look out at their life realizing that it’s not what they had always dreamed about. They’ve been stuck in this monotonous, never-changing life that doesn’t live up to what they’d hoped.” —Michael Sollazzo

Prince Royce is like the Drake of Latin music. By which I mean he has a million hit songs in a variety of styles and the ladies love him, but the dudes love him, too. He was formerly known for his signature of starting every song by singing “Royce,” making it easy to identify that new Prince Royce jam on the radio. But apparently his star has risen to the point where he no longer feels like he has to let listeners know at the very top that it’s a Royce song. Now he waits until the guitar solo and drops his name at the 2:30 mark, to great effect. “Darte Un Beso” is the bachata lead single for Royce’s third studio album Soy El Mismo, which will be a huge smash. This song is no “Las Cosas Pequeñas,” but it’s making us excited for the new album. ROYCE!

Best YouTube Comment: “This song is good to get a gurl they always fall for it” —joemossomosso

This song makes me feel some type of way. Ambivalent?

Remember MIKA? He made bubblegum Broadwayish pop music and was always being featured on Perez Hilton’s website? Well, here he is pairing with current queen of cute Ariana Grande to cover/remix a song from the musical Wicked. I’m down with campiness, and I like a lot of musicals, but this? I can’t. I just can’t. It’s like a sugar shower that rots your teeth into stumps.

Fifth Harmony is the group made up from the scraps of the second season of The X Factor and is now the property of one Simon Cowell, who presumably wants to create a female counterpart for his One Direction empire. This song definitely goes for Kelly Clarkson–style female empowerment, plus some pop-dubstep flourishes and a little bit of that “Since U Been Gone” guitar. The girls are cute and they can all sing, but “Miss Movin’ On” tries too hard to go big, with stomp-clap choruses and such. It ends up overshooting the mark.

Best YouTube Comment: “can you guys stop comparing them.. that’s what leads groups to break up. all the girls in fifth harmony are very talented, gorgeous, and have wonderful personalities.” —Jessica Catsrock

For a songwriter in part responsible for some of pop’s biggest hits in the last few years, McKee can’t seem to catch a break. She’s best known for co-writing “Teenage Dream” and “Roar,” among other huge Katy Perry hits. She has also written for Britney, Ke$ha, Avril Lavigne, Kelly Clarkson, and Christina Aguilera, among others. After helping Perry shape her Tumblr-fashion-meets-Archie-comics aesthetic for Teenage Dream, McKee was ready to cash in on it herself, only to find that it now seems totally played out. As pop stars like Perry and Lady Gaga reject their old trash-humper identities for something darker, McKee roller skated in to try to fill the void. It must be tough being Perry’s songwriter and friend but also simultaneously in her shadow. Though I’m sure those residual checks from “Teenage Dream” and “Roar” help McKee sleep OK at night, on a bed made of neon hamburgers.

Free iPads, Gigantic Mushrooms, and the Rise of the 'Buzzy Stunt': Is TV Advertising Getting Desperate?