Grading the Top 10 Songs in … SWITZERLAND! 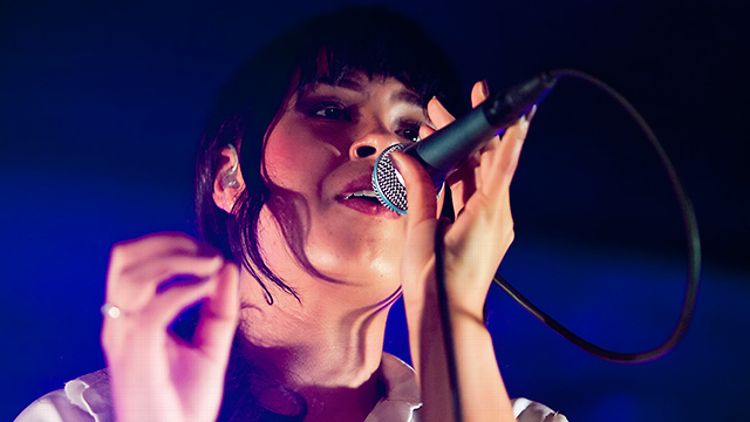 Every week on Grading the Charts, Molly Lambert examines a different musical top-10 list, covering the best-selling and most-played songs from specific genres in every corner of the world. This week, GTC heads to Switzerland, where jazzy pop and folk rock are in style.

Emerald, born Caroline Esmeralda van der Leeuw, is a Dutch vocalist who makes music that combines jazz, exotica, swing, and boogie-woogie with beats. “Liquid Lunch,” the second single from her second studio album, The Shocking Miss Emerald, is about exactly what it sounds like it’s going to be. It would make a good soundtrack for fan edit videos of Mad Men’s first season.

Best YouTube Comment: “I heard this song in a Taxi on the way to the airport in Budapest, Hungary. Great uplifting song. It was stuck in my head for two days, so I decided to look up Caro Emerald. Fun song that I think most of us can relate to at one time or another in our lives.” — Brandin Shost

There’s no video for “Want You to Be Mine” yet, so please accept this video for May’s “Let You Go” instead. May sounds pretty much exactly like Amy Winehouse, and the production by Sandro Purple Green has a nice trip-hoppy soul sound. Despite the obvious vocal resemblance to Winehouse, May’s voice is appealing in its own right. “Let You Go” is an R&B song, while “Want You to Be Mine” has a rocksteady reggae groove.

Best YouTube Comment: “Now Basel is proud of you… soon Switzerland be proud of you… and then they call you the european artist with the incredible voice… can’t wait for the Album — ON VINYL! Much Love!” — The Meristyla

Mena is a Norwegian singer-songwriter from Oslo who had a huge hit with “My Lullaby.” Since Katy Perry reneged on her promise of goth Katy, maybe Mena can fill the space in our hearts reserved for bittersweet pop from raven-haired babes with this jam, the sonic equivalent of the approaching autumn chill.

Maleek is a Swiss musician whose blog has a ton of information about fitness and nutrition. This lite-reggae tune with horns unfortunately took me straight to Jason Mraz town, a place I never want to be. The faux-patois rap was the kicker.

Best YouTube Comment: “Very best clip, specialy at the end when the dream is over hahah, and dhe steward is very funny” — culibayern

America’s very own Hawthorne has moved on from his former ’60s soul sound into the ’70s and ’80s, and started making excellent blue-eyed soul in the tradition of the Doobie Brothers and Hall & Oates.

Best YouTube Comment: “This reeks of Steely Dan in a good way! An honorable homage to one of the greats” — hottubz1965

Italian musician Britti riffs on “Secret Agent Man” for this film noir–ish pop song that unexpectedly turns into a major chord folk song during the chorus.

Baden-based Swiss pop singer-songwriter Stern does an acoustic version of his latest song, accidentally reminding me of Katy Perry’s “Not Like the Movies,” but with more fricative consonants. But I mean, there are only so many chords.

English musician Jasmine van den Bogaerde, who goes by the stage name Birdy, is a 17-year-old singer who had a pan-European smash with a cover of Bon Iver’s “Skinny Love” when she was 14. This circus party looks like a nightmare, but the song is pretty sweet, and Birdy has a beautiful voice that snags affectingly on certain words. It’s basically fall, so bring on the folk ballads!

Best YouTube Comment: “You have come such a long way, you deserve more fame than all those major auto-tune stars. <3" — Perry Grape

Richard's Hatchlings: Our First Survivor Winner Might Have Procreated at an Alarming Rate