Richard's Hatchlings: Our First Survivor Winner Might Have Procreated at an Alarming Rate 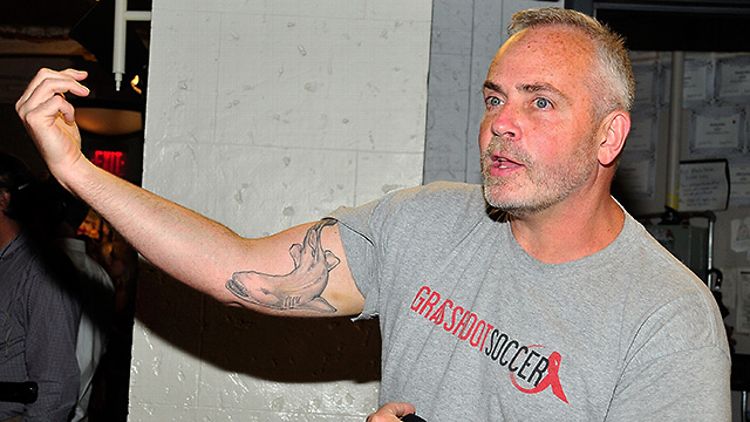 Richard Hatch has a long legacy. He’s the winner of the first season of Survivor, of course. He’s a man whose perpetual nudity seemed to be interpreted by some of his fellow castaways as an aggressive affront and whose gameplay was ruthless enough to earn him the Sue Hawk earful heard ’round the world — or more accurately, the first Sue Hawk earful heard ’round the world, because another followed on Survivor: All-Stars when Hawk alleged that Hatch had sexually assaulted her on the show. He’s the reason Survivor contestants must be strip-searched, having smuggled matches onto All-Stars “up his bum.” He’s the guy who cheated with fire, then cheated on the IRS (though, even after serving nine months in prison, Hatch still denies he was guilty of tax evasion).

He’s also potentially the biological father to “dozens […] perhaps as many as 200” children. Hatch has talked for a few years about how he was a sperm donor in college, and he has even tried to develop a reality show around it, but until yesterday, we had no reason to believe Hatch might have a legacy a couple of hundred children deep.

Yes, Hatch donated his collegiate gametes more often than you attended your freshman seminar. Hatch told Inside Edition that he was donating “two or three times a week” for two years, receiving $30 each time from a cryobank in Virginia. Two of these offspring, Emily Kidd and Devin O’Neill, found that Hatch was their biological father by way of the Donor Sibling Registry, which supplies its more than 40,000 registered members with “information about their biological origins and identities” in instances when both parties want to connect. Hatch is tall and Swedish, which, according to IE’s research, made him a hot commodity among women looking to conceive.

While O’Neill wasn’t familiar with Hatch from Survivor (both O’Neill and Kidd were only 11 when the first season aired), Kidd had a vague recollection of “the naked man and the hype of it.” And while Hatch is now making an effort to reconnect with his entire generation of children, maybe the less they know about him — the character Richard Hatch, if not the person Richard Hatch — the better.

Hatch’s ambition was exactly what earned him infamy, infamy that he has milked steadily for more than a decade with gigs on Hollywood Squares, reality show spinoffs (Battle of the Network Reality Stars, The Reality of Reality, All-Star Celebrity Apprentice), a radio show, and parts in Becker and Another Gay Movie (playing very close approximations of himself). If you were in the mood, you could even make a case that Hatch does everything for the purpose of furthering his own celebrity. An example you’d likely cite: He sued the local police and child welfare officials for a steep $1 million after he was charged with child abuse, a charge that was dismissed after his adopted son was revealed to have exaggerated a story involving a pre-dawn workout (unfortunately, not considered a crime on its own).

Hatch also prematurely hyped a book deal that was never a possibility because of a CBS veto. He is the original author of his own fate, a member of the old guard of reality stars who wrote the book on how to build an empire out of the mortar of strong popular opinion and recognition based in a kind of primal revulsion/awe hybrid. He’s stubbornly on-brand, and he knows that you can’t merely be manipulative and cold; you need to be manipulative, cold, and naked. You can’t simply cheat on your taxes; you have to persistently miss your filing date and insist on your innocence. You can’t just settle for donating your seed; you must father an entire graduating class.

Of course, there’s no way that pre-Survivor Hatch could have known that his exuberant sperm donation would warrant media coverage today, unless he’s the Akira of Borneo, but in a way it’s good to know that his go-big-or-go-home mentality predated reality television. Ambition is a wonderful trait, at least until a person becomes a snake eating its own tail. It’s a trait that you’d hope to inherit, and if you’re 24 years old and half of your genes came from a sperm bank in Virginia, you probably did.

Grading the Top 10 Songs in … SWITZERLAND!