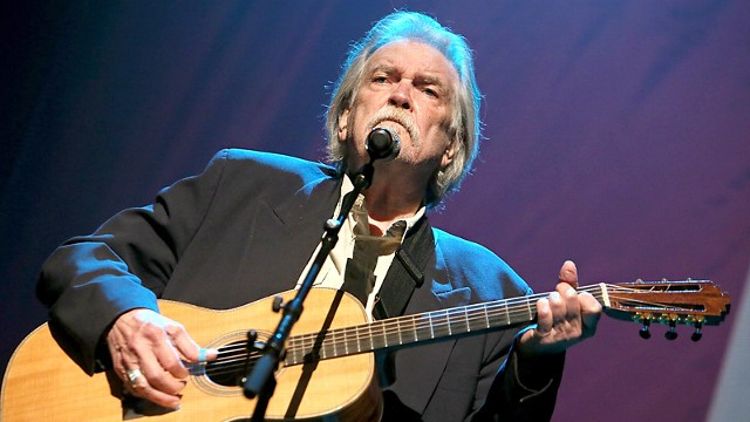 Every week on Grading the Charts, Molly Lambert examines a different musical top-10 list, covering the best-selling and most-played songs from specific genres in every corner of the world. This week GTC heads back to the U.S. for the Americana chart, where folk, bluegrass, blues, and country meet.

Isbell was a member of Drive-By Truckers, the neo-Southern rock stallions, but amicably split with Patterson Hood & Co. in 2007. As a solo artist, Isbell has opened for Ryan Adams, whose singing voice resembles Isbell’s quite a bit. Isbell’s latest album, Southeastern, is perfect if you like the various Uncle Tupelo spin-off bands and aren’t too proud to admit that you were really into alt-country.

Best YouTube Comment: “I think you’re on to something. I know JI’s recovery from alcoholism features heavily on this album…Stockholm Syndrome, falling in love with something that’s holding you prisoner. It’s a beautiful comparison to addiction.” —ArthorBearing

Not to be confused with the Thomas A. Dorsey song, this is a boogie blues stomp from Texas bar band extraordinaire Delbert McClinton & Glen Clark, in classic Lubbock sound style. McClinton has played keys for Bonnie Raitt and written hits for artists like Emmylou Harris and the Blues Brothers. McClinton’s and Clark’s latest album, Blind, Crippled and Crazy, is the duo’s first collaboration in 40 years. It is a honky-tonk badonkadonk.

Best YouTube Comment: “Delbert is one of a kind. He needs his own station on the radio.” —John Dawson

Clark is a legendary Texas country musician with 20 flawless albums under his considerable belt. He’s sometimes called “the fifth Highwayman,” a reference to the outlaw country supergroup comprised of Johnny Cash, Waylon Jennings, Kris Kristofferson, and Willie Nelson. Clark is one of Bob Dylan’s favorite songwriters, and was one of Townes Van Zandt’s best friends. Clark’s most famous song is probably “Desperados Waiting for a Train,” which was initially recorded by Jerry Jeff Walker and later by the Highwaymen.

Best YouTube Comment: “The first time I heard this song I was impressed. The second time I heard it I cried.” —Clayton Michaud

The Tedeschi Trucks Band appeared in this column on the Blues Chart earlier this year. The Jacksonville husband-and-wife blues-rock outfit brings in some horns to pump up its Southern rock majesty. Susan Tedeschi can wail, while Derek Trucks looks like a lost Allman brother, and plays like one too.

Everyone’s favorite Southern-fried good ol’ boy from Berkeley, California, returns to recap his journey down life’s kooky speedway. Fogerty gets a dig in at Saul Zaentz, the music exec who ripped him at Fantasy Records during the CCR years and whom Fogerty skewered as a greedy Claymation pig in Centerfield’s “Zanz Kant Danz.” Time has pitch-shifted Fogerty’s voice, but personally I’d be weirded out by driving with the specter of my younger self in the passenger seat and old newspaper headlines flashing on the dash. Young John Fogerty and young Steve Martin looked so much alike, I wonder if they’ve ever had a banjo pick-off.

Best YouTube Comment: “Damn John everything u touch is like gold. no doubt for sure as one of the great ones to ever do it. it means a lot to some people who love music deeply. its good to see u happy wish u could go on for infinite years and teach people real music and not to forget. me and my girl listen to ur music everyday. dont worry people know the truth about u we are hear for u even if we never met. thanks again for good memories.” —David Garcia

6. Slaid Cleaves, “Without Her”

Best YouTube Comment: “Thanks for the new songs. Wonderful to hear you quote Pete Seeger. Thanks for acknowledging our 4 legged best friends.” —Ben Dodge

So speaking of alt-country, this is the second record Staples has made in collaboration with Wilco’s Jeff Tweedy. Tweedy let his son Spencer play drums on the album and got Nick Lowe to write a song for it called “Far Celestial Shore,” so basically, living the dream. Staples covers Funkadelic’s “Can You Get to That,” which features a loping intro you’ve also grown to know as the hypnotic loop in Sleigh Bells’ “Rill Rill.” In 1971, when Funkadelic was putting out Maggot Brain, the Staples Singers were releasing “Respect Yourself.” Staples is backed up by Donny Gerard (from ’70s smooth soul group Skylark), Tiffany “Makeda” Francisco, and Kelly Hogan.

Best YouTube Comment: “Awesome as only Mavis can be!! When are you coming back to Paisley Park?” —Mark Olson

This is a song about losing your lover to another woman, who may or may not be a metaphor for depression or addiction. Shires is a violinist and singer who’s played with Isbell and is now married to him. At 15 years old, she joined Western swing stalwarts the Texas Playboys (of Bob Wills fame) as a fiddler. Shires’s vocals have a lovely, trembling Dolly Parton timbre.

O’Donovan is a folk singer-songwriter from Newton, Massachusetts, who was inspired to take up the genre after listening to artists like Joan Baez and Bob Dylan. She’s the lead singer of prog-bluegrass group Crooked Still and belongs to the trio Sometymes Why, which is, amazingly enough, not a psychedelic rock band. (It’s a “folk noir” band, which is a genre that was coined to describe the band Sol Invictus before that group became more commonly described as “neofascist folk.”) O’Donovan has recorded with jazz groups and toured with “A Prairie Home Companion Radio Romance Tour.” She lives in Brooklyn and plays out with the Milk Carton Kids. If you like creepy folk music such as Will Oldham, Gillian Welch, and the non-rocking parts of Led Zeppelin songs, you will dig “Beekeeper.”

Donna the Buffalo is a folky jam band of indeterminate genre — but I think the genre might be “county fair.” It’s a little bit roots rock, a little bit zydeco, and 100 percent choogle.