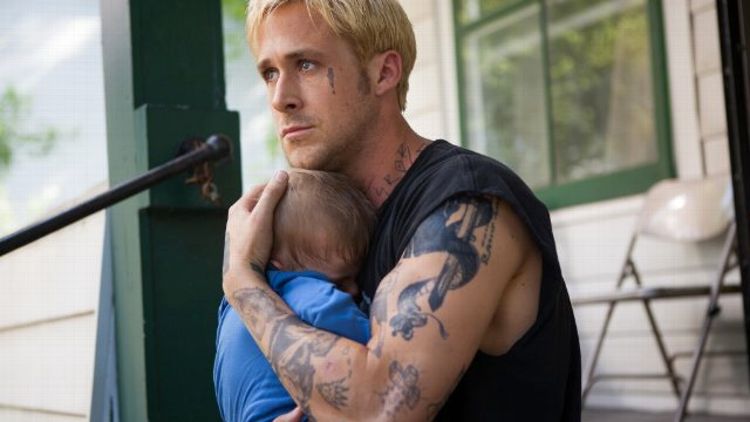 “Ryan had called me about a few months before we started shooting,” says Derek Cianfrance, the director of the fathers-and-sons saga The Place Beyond the Pines, “with these ideas for who [his character] Luke would be. And he said, ‘Hey D … I wanna get a face tattoo.’ And I was like, ‘Really? A face tattoo?’ He says, ‘Yeah. Face tattoos are the coolest. And this one’s gonna be a dagger. And it’s gonna be dripping blood.'”

Well of course the bleeding dagger face tat in Place Beyond the Pines was Gosling’s idea! That Gosling is one of our finest screen actors is impossible to deny. Also truth: The way this man does character elaborations based on physical traits or props is untouched in contemporary American cinema. Way before Ryan popped that toothpick in his mouth for Drive, we knew that this is a man who does not fear unleashing the gloriously romanticizing powers of a proper onscreen affectation.

But which of Gosling’s many onscreen affectations has been most imbued with the true, devil-may-care spirit of Ryan Gosling? Herewith, in honor of Pines (out in wide release tomorrow), some ratings.

By the time Gosling ends up all scraggly and hermit-y and bearded, he’s been through World War II and watched his buddy, leading Hollywood talent manager E, die. More importantly, he’s lost his girl. All he has is a big crappy mansion to work on, and big crappy mansions can’t talk with you about your feelings. You could argue that the thickness, handsomeness, and relatively elegant scrappiness of the beard puts Gosling less in line with a broken-down war vet and more in line with a guy who’d serve you artisanal lengua tacos out of an artsily graffitied North Sixth food truck. But, technically, the beard does serve the character development.

Lars and the Real Girl Mustache c’mon, son. This is Ryan Gosling we’re talking about here. 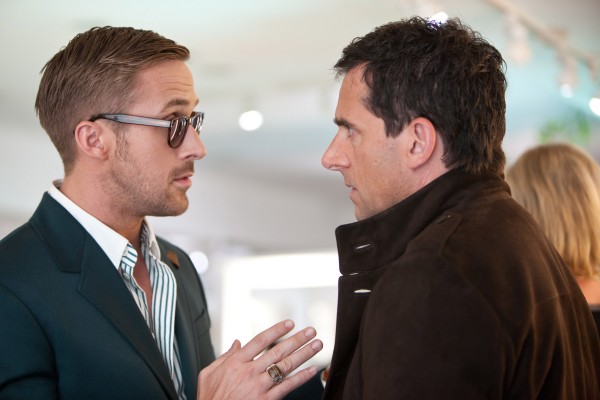 Playing the part of ladies’ man with a heart of gold, Gosling has all the proper trappings: finely tailored suits, perfectly coiffed hair, only the most spectacular of Italian loafers. Also: a ring. Now when, exactly — outside of wedlock and/or a Sports Illustrated photo shoot — has a purported “cool guy” ever rocked rings? I’m thinking Gosling went deep into his research, boned up on modern pickup artist theory, and embraced a little tactic known as peacocking. Wouldn’t be at all surprised if, on the first day of shooting, Gosling actually showed up in full Mystery Cat in the Hat regalia, and was convinced by panicked producers to strip it down until all he had was the ring.

Believe what you may about the innocence of children, but there’s no way that every centimeter (metric system because he was still Canadian back then) of Young Gosling’s hair swoop here wasn’t carefully calculated to do battle with the mighty force of Justin Timberlake’s curls. It is a battle our dude Gos would, of course, go on to lose.

Here it gets complicated. Are we isolating the tinted sunglasses from the mustache/soul patch from the receding hairline? Or are we accepting them as a general affectation package? I’d say the former: You really can’t take your eyes off that hairline, can you? This is broken-dreams Ryan Gosling, making you to feel every ounce of the pain of his shattered heart. And that pain happens to reside, primarily, just above his forehead.

To most effectively communicate the leanings of a base-head teacher of the year, Gosling focused on the wrist accoutrements. On the one arm: rubber bands. On the other: calculator watch. The watch is for doing nerd stuff, of course. The rubber bands probably came off some sort of drug packaging? Simply put, one of the most effective affectation-based representations of the duality of man to date.

“If I drive for you, you give me a time and a place. I give you a five-minute window. Anything happens in that five minutes and I’m yours. No matter what. I don’t sit in while you’re running it down. I don’t carry a gun. I drive … Oh, also, I do this thing where I always have a toothpick in my mouth. Did I mention that earlier? The toothpick?”

The Place Beyond the Pines Face Tattoo

Most telling testament to the power of the face tat? You barely even notice that Gosling’s hair is dyed platinum blond. But real talk, the tattoo made a difference onscreen. Quickly after applying the tat, Cianfrance says, “[Gosling] said he wanted to take it off and I told him that it was too late. That this movie was about consequences and now he’d have to be stuck with it. It kind of affected his character through the film. He didn’t approach scenes cool anymore. He approached scenes with kind of a shamefulness. A regret.” And, once again, affectations = great art.

Reminder: Ryan Gosling is Canadian. Or, at least, he used to be. “As a kid I decided that a Canadian accent doesn’t sound tough,” he’s explained. “I thought guys should sound like Marlon Brando. So now I have a phony accent that I can’t shake, so it’s not phony anymore.” And so the affectation winner, as it always had to be, is the Gosling Accent — the only Ryan Gosling onscreen affectation to have sprouted legs and trotted right off the screen. God bless the Gosling Accent, as God has blessed all of Ryan Gosling’s affectations.

Filed Under: Ryan Gosling, The Place Beyond The Pines