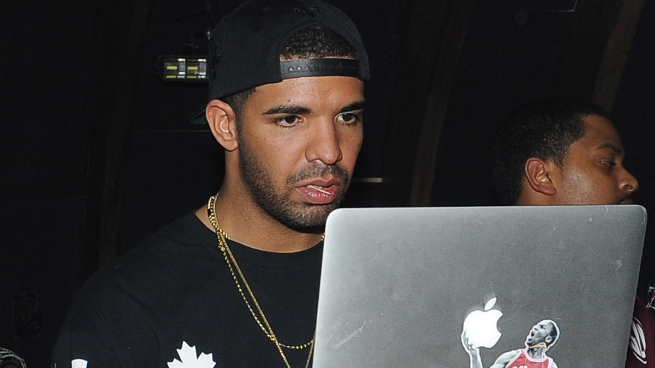 I gotta say, I don’t hate what has turned out to be National Male Entertainer Apology Week. Capping off an emotional, all-caps past few days is our Very Own Aubrey “Drake” Graham, who went off on Rolling Stone yesterday for a number of perceived slights, including the magazine’s last-minute decision to scrap his cover for the late, great Philip Seymour Hoffman. He also got a little candid in the cover story, which, it should be noted, the magazine still ran — and had a couple bones to pick with regard to what may have been off-the-record comments about some fellow rappers. Anyway, that’s all in the past! Drake has apologized! We cool, Macklemore/Yeezy/Hov/bereaved family of PSH?

Maybe. Drake’s apology, which ran on his blog last night, is a carefully, cannily worded clarification of his original fired-up tweets (most of which have now been deleted). First off, we should address the most pressing issue at hand: #DRAKEISSORRY for disrespecting Hoffman’s loved ones. “I apologize to anybody who took my initial comments out of context because in no way would I ever want to offend the Hoffman family or see myself as bigger than that moment,” he writes. Which reads as kind of a classic “Sorry you feel that way” non-pology, but Drake claims he was more upset with the way the magazine handled the switcheroo than anything else. (“I would have waited until it was my time because I understand the magnitude of the cover they chose but I just wasn’t given that option,” he adds.) Maybe it was handled poorly, but also, maybe chill, Aubs. If it is that important to you, you will undoubtedly get a chance to be on the cover of a magazine again in your life, unlike Hoffman, who will not, because he is dead.

Now, how about his hip-hop contemporaries, whom he may have referred to in the interview as “corny,” “wack as fuck,” or “sub-Fabolous”? They may be out of luck. Aside from Kanye, about whom he says he “never commented on … for my interview portion of Rolling Stone,” Drake is, by all appearances, still very on-record, with nary a comment about his other hot rap takes. That’s right, Macklemore, #DRAKEISNOTSORRY for dissing your Instagram account, and that’s right, Jay Z, #DRAKEISNOTSORRY for suggesting you lay off the Warhol name-checks. And nor should he be, quite frankly. But it looks like this whole firestorm has left Drizzy a little drained; the one tweet still remaining from yesterday’s feelings-session is his claim that he’s “done doing interviews for magazines.” If that’s the way it is, then we respect your choice, just please, promise you will never stop going in on Jay’s art collection.