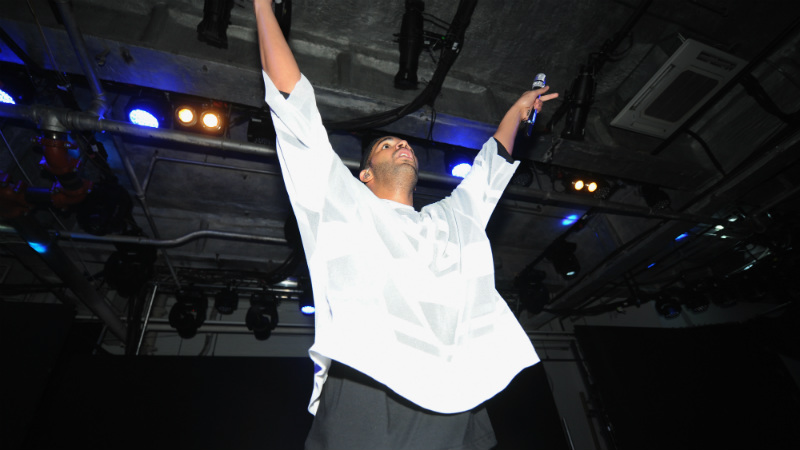 Our man Aubrey has found himself in a bit of a tricky spot. As you may have heard, Rolling Stone has posted its profile of Drake in full bloom (first line: “Drake is worried that his waterfall is too loud”), and Drake’s not too pleased. Of particular issue is a line of criticism he leveled at Yeezus that Drake claims was not made during the “interview portion” of his sit-down with RS. Also a problem: that the magazine decided to bump Drizzy from the cover in favor of an in memoriam piece on Philip Seymour Hoffman. All of which has led to a new press moratorium. Tweets Drake: “I’m done doing interviews for magazines. I just want to give my music to the people. That’s the only way my message gets across accurately.”

Who’s right? Who’s wrong? Who’s totally being a jerk? Let’s break it down, beef by beef!

In the RS piece, Drake is quoted as saying the following about Yeezus: “There were some real questionable bars on there … Like that ‘Swaghili’ line? Come on, man. Even Fabolous wouldn’t say some shit like that.” To which, if I may retort — lolololol. The “Swaghili” line is absolutely defendable, but forget Kanye’s feelings right now. How about poor, poor Fabolous, getting caught in the crossfire with an elegantly turned “even [blank] wouldn’t do that” construction?

On Twitter, Drake said, “I never commented on Yeezus for my interview portion of Rolling Stone.” But he should know by now that unless you’re actively off the record, everything you say to a reporter is fair game. That said: With that kind of swaggering shit-talking being sprayed in all directions, he should have gone ahead and made it a goddamn point of being on the record for that one. Keeping your peers in check is always a good thing; please, Drake, do not fear to express your opinions. But also, Fab’s definitely got some shooters in the tristate area, so maybe just stay out of Bed Stuy for a while?

Tweets Drake: “They also took my cover from me last minute and ran the issue … I’m disgusted with that. RIP to Phillip Seymour Hoffman. All respect due. But the press is evil.” NOPE. NOPE. SHUT IT DOWN. PSH deserves the cover. PSH gets the cover.

Here’s Drake in the RS piece, commenting on Macklemore’s post-Grammys-win Instagram apology to Kendrick: “That shit was wack as fuck. I was like, ‘You won. Why are you posting your text messages? Just chill. Take your W, and if you feel you didn’t deserve it, go get better – make better music.’ It felt cheap. It didn’t feel genuine. Why do that? Why feel guilt? You think those guys would pay homage to you if they won? This is how the world works: He made a brand of music that appealed to more people than me, Hov, Kanye and Kendrick. Whether people wanna say it’s racial, or whether it’s just the fact that he tapped into something we can’t tap into. That’s just how the cards fall. Own your shit.”

Boom: Just like that, Drake’s back in our good graces. Macklemore’s apology: officially “wack as fuck.” And somewhere in Tacoma, Macklemore is trying not to drip his tears into a “mild spice” bowl of crispy seitan ribs.

Bonus beef! Aubrey hasn’t even had to apologize for this one yet: “Drake is interested in art, but he scoffs at how trendy art shout-outs have become in rap. ‘It’s like Hov can’t drop bars these days without at least four art references!’ he says. ‘I would love to collect at some point, but I think the whole rap/art world thing is getting kind of corny.'”

Look there. Upon that mount. It is Drake. And he speaks truth.

In conclusion: Drake’s not doing print interviews anymore, has valid opinions on Macklemore and Jay Z, and may just yet be murdered by Yeezy and Fab.

Grantland Audibles: Who Breaks a Butterfly Upon a Wheel?