Brett Ratner, Olivia Munn, and When Directors Talk About Actresses 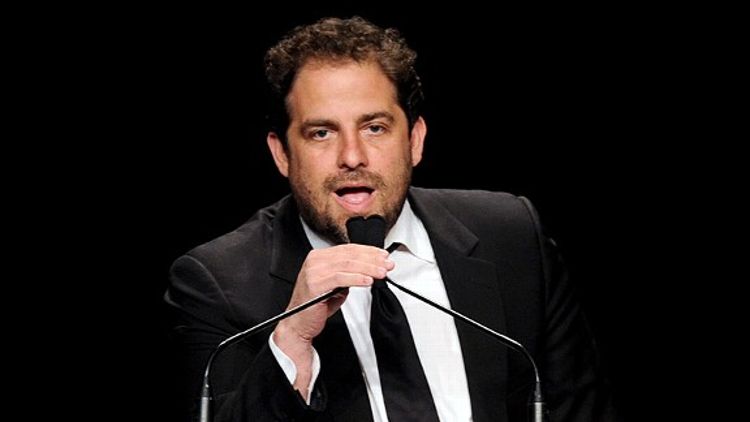 “I used to date ________ when she was Lisa. That was the problem. She wasn’t Asian back then. She was hanging out on my set, I banged her a few times but I forgot her. Because she changed her name I didn’t know it was the same person.” — B.

“It’s so nice when I think about the beginning of the movie, with the scene in the parking lot, in the car, up into the room. She was just sitting there. Before I put the ball gag around her mouth. Her glow was unbelievable. Her smile was like — wow. There was a presence there that was very unique.” — C.

I now know why David Fincher never gave interviews until recently. It’s because he has a very dry sense of humor that doesn’t translate into print. His whole joint interview with Rooney Mara in Vogue is a mess in dire need of some sarcasm italics. The quote about Scarlett Johansson’s audition is the least of it. A joke about giving Mara an eating disorder goes over like a leather and chainmail balloon. His point about Scarlett suggests that her sexiness is so integral to her public persona, and (I am giving him a lot of rope here) that there is no way TGWTDT, with its heavy emphasis on rape revenge plots, would escape being “the movie in which Scarlett Johannson gets raped,” and the rape would thereby be sexualized, used to titillate the audience into seeing the movie for some reasons that would be sort of fundamentally gross. He is trying to point out that it’s not fair to Scarlett, and he’s explaining it poorly, but I understand what he meant. The book’s original title in Swedish was Men Who Hate Women and turning the movie into a product whose primary selling point is that a major A-List sex symbol gets raped in it would be a totally fucked up thing to do.

It’s not Scarlett’s fault it’s so fraught for her to star in a movie that features a ball gag (the TGWTDT trailer features one, as well as some other BDSM imagery). I’m sure she’s eager to demonstrate range beyond being a sex symbol, and Lisbeth Salander is a hell of a role. But the controversy would overshadow the movie, no matter how good it was. Scarlett also hates this idea, which is why she she does things like dress up as Buster Keaton in W. And there have been arguments about this, since, as Mara posed topless in Holding Your Own Boobs Magazine as part of the publicity push for the film.

I liked what Scarlett said in Vanity Fair about her leaked nude photos (“I know my best angles”). Brett Ratner is just a dumbass. How can somebody who doesn’t respect women and gay men be such good friends with Mariah Carey? Sounds like somebody’s a Defensive Delilah to me. It’s a free country and you can say and type whatever you want, but nobody likes being called an epithet that actually pertains to them, even (especially?) as a “joke.” People get defensive when their freedoms are challenged but ultimately the freedom to say a taboo word is not on the same plane as the lack of freedoms that those words conjure up. Michael Bay loves West Side Story (he is human after all!) and Brett Ratner recently said his dream project is Wicked. [drops mic]

[picks mic back up] Every time somebody calls Olivia Munn a slut, it just makes me want to like Olivia Munn in the upcoming Aaron Sorkin HBO pilot she’s in. I want Transformers series pariah Megan Fox to be great in Judd Apatow’s This Is 40 and Jennifer Westfeldt’s Friends With Kids (I also really want both of those to be good, but for different reasons). I really like Rush Hour and the music videos for Mariah’s “We Belong Together” and LL Cool J’s “Pink Cookies In A Plastic Bag Getting Crushed By Buildings.” The positive thing about some of the sleazier, more shrimp-greased aspects of the entertainment industry being discussed and aired out in public is that it gets people to discuss it. And Ratner is experiencing the Streisand effect because as much as I’m sure he wants this shit to just go away it is now on his permanent public record. I want Brett Ratner to learn something from this (damn it), but somehow I am skeptical that his apology was genuine or that he will modify anything about his behavior. That he is producing the Oscars sets him up for awesome schaedenfreude. When directors talk about actresses as if they were sex workers it makes my skin crawl, even if they mean well. Whether kidding or no, talking is a way of treating somebody.