Safety First: Why Ellen Is Hosting the Oscars 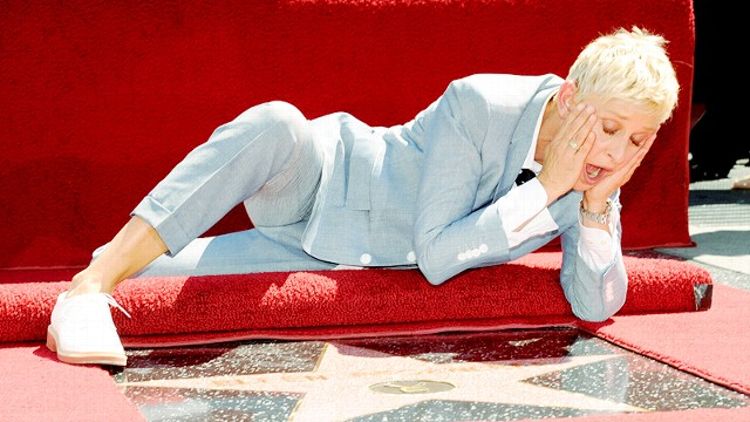 Here are the people who are going to be pleased by the choice of Ellen DeGeneres to host this year’s Oscars telecast:

• Those who remember that DeGeneres actually did a perfectly fine job hosting in 2007 (and a spectacular one hosting the high-degree-of-difficulty post-9/11 Emmys).
• Those for whom any AMPAS press release that does not contain the name “Seth MacFarlane” is one giant leap for mankind.
• Pragmatists who have reconciled themselves to the fact that the job of an Oscar host is basically to come out and kill for the first 20 minutes, then do some funny specialty bit an hour later, and then show up one more time shortly after you realize you’ve lost your pool to remind you that the show still has a host.

Here are the people who are not going to be pleased:

• Those who feel that although it didn’t work, the Anne Hathaway/James Franco pairing represented a noble attempt at something outside the box and believe it’s worth trying again with two other people who have better personal chemistry, like Anthony Weiner and Huma Abedin.
• Anti-TV snobs who think this is a movie night that should be handled by movie people. Preach! But also, get real. I want Meryl Streep and Daniel Day-Lewis to host too. It’s never going to happen.
• People who were rooting for Neil Patrick Harris (who hosted the Tonys in June and will host the Emmys in September) to hit for the cycle. (I have to imagine he said no, because once they decided to go in the direction of “blonde gay TV star,” my guess is they asked. Early odds on a sketch in which Harris shows up to give DeGeneres some hosting tips, anyone?)
• “Academy insiders” who will doubtless use this to grind the ax that if the Oscars don’t become relevant to 18- to 34-year-old men they will die because those are the most important people in the universe even though this summer at the box office has proved that they’re not and that yes, you CAN go broke underestimating their taste.

As for those who thought this might be Jimmy Kimmel’s year, since he is, after all, ABC’s late-night MVP, knows movies and movie stars, and, not irrelevantly, is very funny: right guy, wrong year. Following MacFarlane wouldn’t be the most flattering way to frame Kimmel (they’re not the same, but the ways in which they overlap might have felt too vivid this year). More to the point, the 2014 Academy Awards will air just one week after Jimmy Fallon takes over The Tonight Show and Seth Meyers takes over for Fallon. Using Kimmel on the Oscars might feel too much like a promotional attempt to drag the Academy Awards into late-night ratings skirmishes; besides, I don’t see how Kimmel could do a week of what will be very high-stakes live shows against Fallon and simultaneously prep the telecast.

My own feeling is that after the public relations mess of the Ratner-to-Murphy-to-Crystal handoff two years ago and Mr. “We Saw Your Boobs” last spring, DeGeneres is a safe choice at a moment when there are worse things than safe choices. Strategically, one could describe it as (though nobody will ever admit it) producers Craig Zadan and Neil Meron’s acknowledgment that after the backlash against MacFarlane, including among some women to whom the Academy actually listens, it was important to get ladies back in the fold, and it suits a moment in which the Academy has just elected its first woman of color as president. The timing is good in other ways too: DeGeneres will be appearing worldwide just a week after the conclusion of the 2014 Winter Olympics, when the issue of international homophobia could well be making headlines. Today’s timidity may look like tomorrow’s timely statement.

And while the choice of DeGeneres is likely to affront both die-hard traditionalists and awards buffs who are hungry for innovation, remember that the Oscar telecast is, in so many ways, about holding the center. DeGeneres will work hard, promote the crap out of the show, and probably be pretty funny. Don’t worry, fans: There will, I guarantee you, be an immense number of reasons to complain about this year’s Academy Awards. This isn’t one of them.

The Forgotten Pop-Punk Records of Summer

Video on Demand Report: G.I. Joe: Retaliation, Because It's Been Like a Month Since You've Seen a Channing Tatum Movie