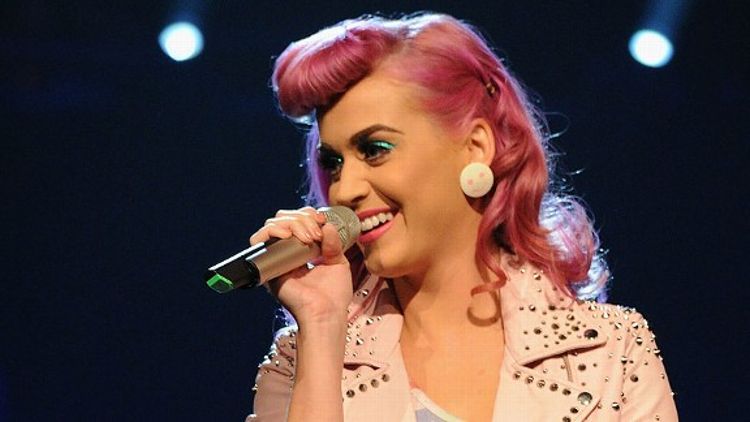 This morning it was announced that Lukasz “Dr. Luke” Gottwald, pop’s most reliable hit-maker, was hired by Sony chief Doug Morris to run his own subdivision label, Kemosabe Records. And here’s the important bit: under the agreement, Sony has exclusive rights to Luke’s production work for five years — meaning he can no longer collaborate with EMI’s Katy Perry, his greatest muse.

Luke will probably be fine. Along with Perry, he’s pumped out hits for Ke$ha, Taio Cruz, Flo Rida, B.o.B., and lots of other possibly talented individuals. He’ll surely be able to build a new roster of starlets from scratch if he has to. But what about Katy?

(By the way, if you’re of the opinion that Katy Perry is just another sinister, soulless industry creation, feel free to stop reading now. If you happen to think that Perry has been behind some of the most joyful radio bangers in the last few years, well, join the club. And get ready for some overly invested KP career analysis).

Anyway: Luke was all over Perry’s blockbuster 2010 album Teenage Dream; he’s credited on four of the five No. 1 singles it launched. He also produced “I Kissed a Girl” and “Hot N’ Cold,” the two biggest songs from her 2008 debut, One of the Boys. Perry is still squeezing the last drops from Gurls, and will be debuting the music video for its sixth single, the — Dr. Luke produced! — “The One That Got Away” this week. Eventually, though, she’ll have to start living in this new, cruel, Dr. Luke-free world. So what’s her best play?

There are plenty of producers who could theoretically replicate Luke’s sound. The Dr. usually works in the studio with a handful of younger kids like Benny Blanco and Ammo, and Perry could scoop one up and make him her new go-to, Luke-aping guy. Best-case scenario: She churns out more passable Luke soundalikes and her next album spawns, like, thirty five singles on top the Hot 100. Worst-case scenario: her new stuff sounds close to the old stuff — but without that inimitable, ineffable Dr. Luke magic, and she has to take a job as the mascot for a mattress store.

Katy could also use see this development as a glorious unyoking. No longer shackled to Dr. Luke, she’s free to collaborate with the most forward-thinking (but-still-semi-radio-friendly) producer she can think of. If this were 2006, it would be Timbaland. Kanye, her “E.T.” remix buddy, is probably off the table: If he were to take a break from focusing on himself, it wouldn’t be for Perry (it would be for Justin Bieber). Getting The-Dream involved could be a good idea, but as his work with Beyoncé shows, when he’s writing for others, he’s not quite as excellently weird as when he’s writing for himself. These days, there aren’t really that many obvious producers for the pop star looking to shake things up. So maybe Katy could go really left-field? We’re just spitballing here, but — Dave Longstreth from Dirty Projectors? Lex Luger? Lil B’s producer, Clams Casino? Jamie from the xx? Phil Spector?! (Like, through the jail phone?)

Perry’s not really the type to freak out, though. Underneath all that Russell Brand-marrying and boob-projectiling, she’s a cool, finely tuned machine. Most likely, she’ll consolidate the auxiliary producers she already uses, like Stargate, and hire a few of other current pop mercenaries, like Alex Da Kid or the Smeezingtons (By the way: great work with the names, guys. Just top-notch stuff). As far as experimenting, she might cautiously attempt to expand her own involvement in the studio.

It’s still a sad thing, of course, seeing one of the 2000s’ most fruitful relationships crumble and die. Hopefully — maybe years from now, after any potential acrimony has died down — Katy and Luke will get together, crack open a bottle of wine, put on Teenage Dream, have a laugh, and remember what once was.

Brett Ratner, Olivia Munn, and When Directors Talk About Actresses