The Week in Gossip: Don’t Mess With Taylor Swift, Because Lorde Will Cut You 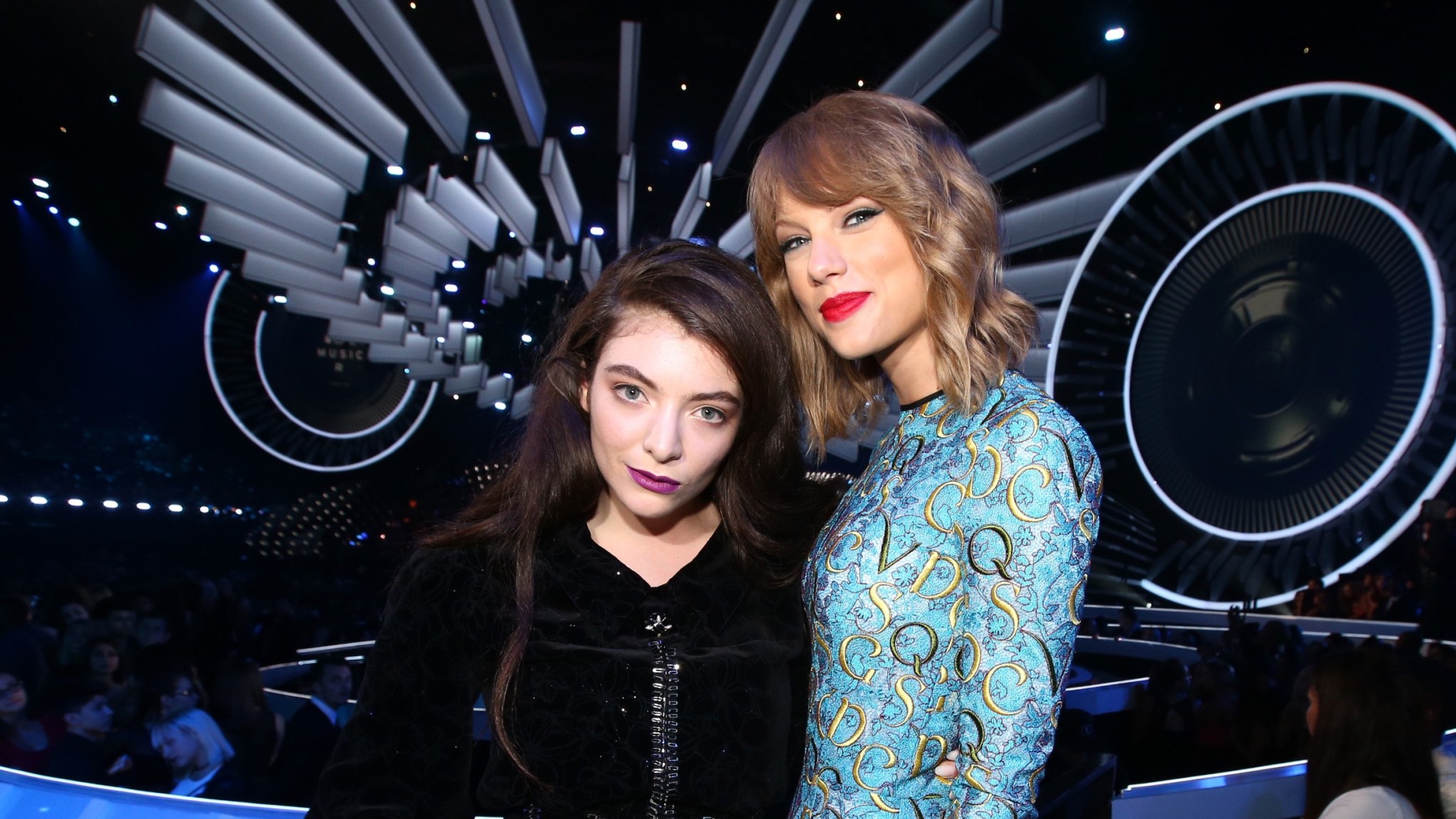 Beef of the Week: Lorde vs. Diplo

Someone should make a kickstarter to get taylor swift a booty

The motivation behind his tweet remains unclear, but I can only imagine that he watched the “Blank Space” video and felt the most disturbing part was her relatively small derriere — relative to the other high-profile behinds like the one Kim Kardashian flaunts on the cover of Paper. It’s an unfair week to compare butts.

Of course, Swift only responds to controversy in song. We’ll have to wait it out until 2016 (or so) to see if she engages with this one, but in the meantime she has Lorde as a mouthpiece.

Straight for the jugular! I’m sure Taylor Swift would approve. This spat is accompanied by an important subtext: Diplo is rumored to be dating Katy Perry, with whom Swift supposedly has a feud, and Lorde is best friends with Swift. 1989 features a track called “Bad Blood,” which is allegedly about Perry. The origin of their fight is not confirmed, but supposedly dancers from Swift’s Red tour jumped ship for Perry’s Prismatic tour, which enraged Swift. She hasn’t named Perry the subject of “Bad Blood,” but in her Rolling Stone cover story she refers to the fight thus: “I was like, ‘Oh, we’re just straight-up enemies.’ And it wasn’t even about a guy! It had to do with business. She basically tried to sabotage an entire arena tour. She tried to hire a bunch of people out from under me.” I think we can assume Diplo and Lorde have merely become conduits in this ongoing saga. Fader asked Lorde about her comments, and she wrote the episode off as a disagreement among friends, which she underscored by referring to Diplo as Wes (short for Wesley, his given name).

Diplo didn’t respond to Lorde, maybe because there was nothing to gain, or maybe because he was otherwise occupied this week: His ex-girlfriend, who is also the mother of his first child, gave birth to his second son. He left the Mad Decent Boat Party to be with his newborn, who is named Lazer — as in Major Lazer, Diplo’s side project. Won’t that get confusing? No word from Swift, Lorde, or Perry about the new arrival.

Imploding Pop Stars of the Week: One Direction

While my evidence is entirely anecdotal, I believe that One Direction is well on the backside of fame, at least as a five-piece boy band. Here’s what you need to know to interact with your cousins at Thanksgiving.

1D released a new album this week, Four, which is aptly titled since it’s the band’s fourth studio album. (It has released one album per year, and Midnight Memories came out almost exactly one year ago.) It celebrated the release with an elaborate performance on Today, on location in Orlando — the spiritual home of America’s boy bands.1 Orlando was not as kind to 1D, though it was of its own making. Zayn Malik, arguably the most talented vocalist of the group, was absent from the release-day festivities. It’s reasonable to assume something ghastly had occurred to keep Zayn away. Is there any bigger promotional responsibility than a special Today performance? Matt Lauer asked, “There’s obviously a lot of concern, a lot of fans have been tweeting overnight. Is it something more serious? There have been rumors of substance abuse. What’s going on?” Liam Payne explained that Zayn merely had a stomach bug. Sure. 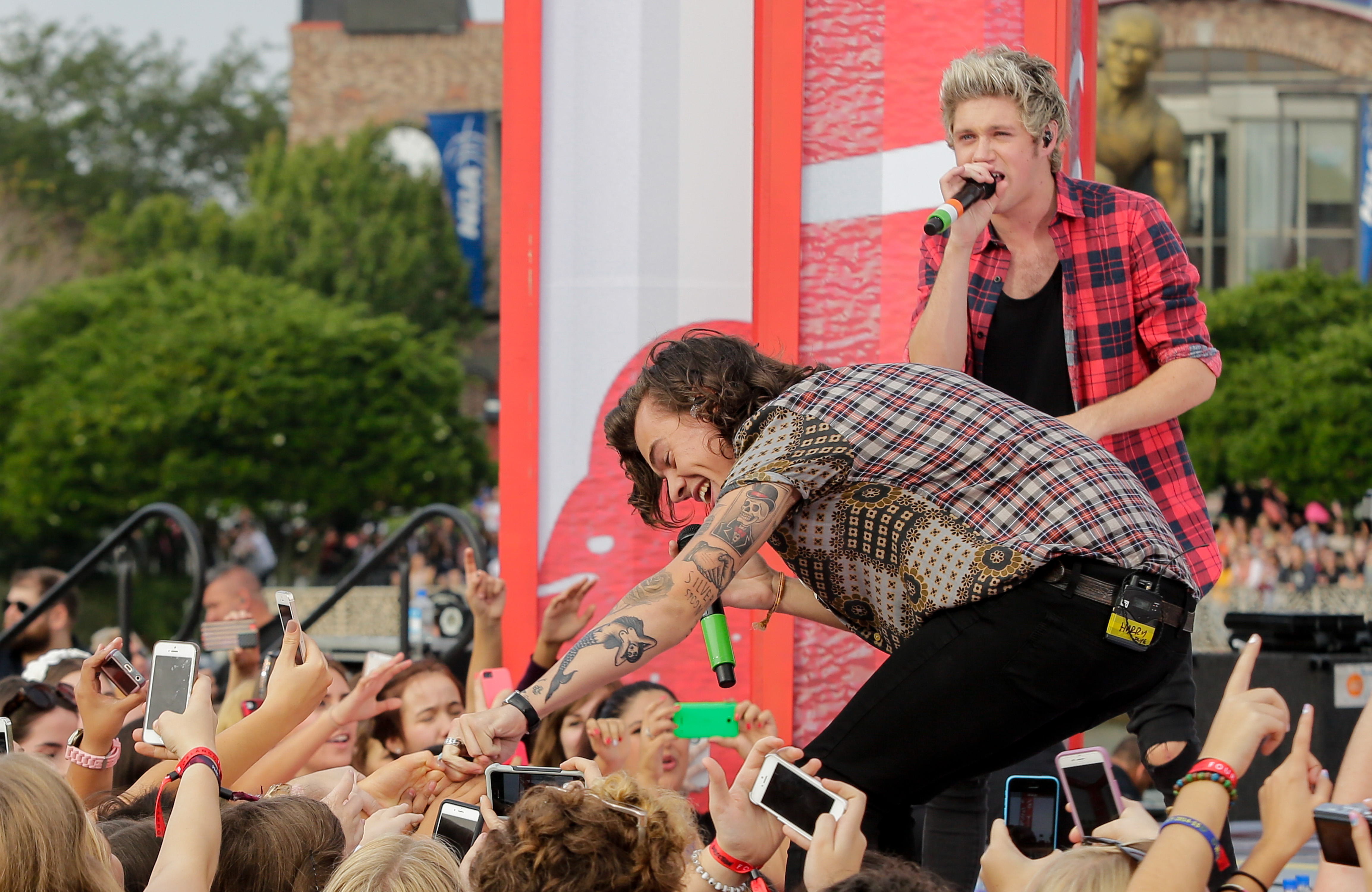 Even if it’s not true, the mere suggestion of drug abuse is cancerous for a boy band’s image. Plus, the Daily Mail is doing its part to sensationalize the claim. The tabloid published a follow-up story about Zayn’s denial, paired with photos of him looking emaciated and gaunt. The only more damaging scandal would be if one of these kids fathered a child sometime in the next year.

And yet, Zayn is not the only one making waves. Harry Styles, the most famous member, who supposedly dated Taylor Swift and is the subject of her new song “Out of the Woods,” is going off script. In two recent interviews about dating, Harry has suggested that dating a woman is not of paramount importance to him. The Sun asked the band who Niall Horan, the blond Irishman, should date. Usually female names are suggested, but the interviewer asked for a male. To this Harry said, “Hey, don’t knock it till you try it.” In a subsequent interview, Harry and Liam, the relatively nondescript one who tends to sing the first half of the first verse, were asked for the most important traits. While Liam said “female” straight off, Harry replied by saying, “Not that important.” Harry prizes a “sense of humor” and being “nice to people.” Whether Harry has dated or is dating males is not the point. The mere suggestion is a significant deviation from the straight-male narrative the band has peddled since it began. Do young girls who make up the fan base know how to process anything else?

Rebrand of the Week: Nick Jonas

Also on the topic of boy band pop stars, Nick Jonas is doing his best to distance himself from his Jonas Brothers past. His new self-titled album came out this week. The lead single, “Jealous,” is not bad, especially this gospel version! That video is just the latest remix of his image that he has thrown out into the world lately. There was his Mark Wahlberg tribute photo shoot, his sexxxy scene in Kingdom, and now he has discussed the absence of his once-notorious purity ring. He confirmed this week that he is no longer a virgin — shocking, I know — and doesn’t wear the ring anymore. I’m impressed that even in his efforts to eclipse his boy band beginning, he maintains the story that the ring was not just a prop. Jonas dates former Miss Universe Olivia Culpo, and apparently they’re having tons of sex. Mazel tov!

In a moment of life vaguely resembling art, Orange Is the New Black actress Taryn Manning has been accused of threatening her stalker. Manning was arrested Tuesday for violating the restraining order she has against Jeanine Heller. Manning was sending threatening text messages, even though the restraining order was protecting her. The New York district attorney has declined to prosecute, though, so presumably Manning and Heller will merely return to being estranged.

If the world existed before Hayden Panettiere was pregnant, I don’t remember it. She vacationed in Hawaii over the weekend, and I can’t imagine flying there was particular comfortable for her.

A Brief History of Murder Islands: How ‘The Hunger Games: Mockingjay’ Built a Dystopia From Scraps