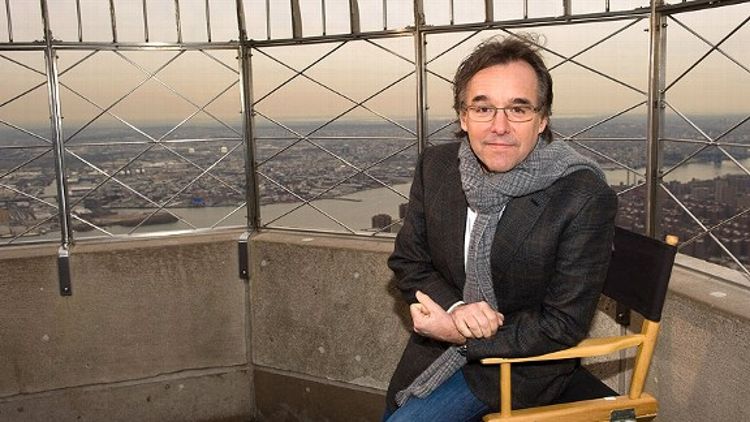 Home Alone and Harry Potter director Chris Columbus will direct CBS’s reboot of The Rifleman, the 1958 Western about a hero Civil War sharpshooter with a dark past who moves to the uncharted New Mexico area to raise his son and do some crime fighting. Amazingly, one of the original show’s producers — Arthur Gardner, who is now 101 — is executive producing the reboot, along with his son Steven. When reached for comment on the project, Columbus said, “This is it! This is the one that’ll make me the most famous Christopher Columbus that ever lived!” Grade: B- [Deadline]

Jerry Ferrara has joined the cast of the Takashi Shimizu-directed thriller 7500 alongside Ryan Kwanten and Amy Smart, marking his second film project since Entourage wrapped up. In related news, Adrian Grenier is now in talks to ask Jerry Ferrara if he can borrow a little bit of cash, like, just for like a few weeks? Grade: C [Deadline]

Regis Philbin hosts his last Live! later this month, but his co-host Kelly Ripa isn’t going anywhere. She just signed a contract extension that will keep her on the show through 2017. When reached for comment, Ripa said, “I’m so excited to think into the future, in which I will be driving my flying car, over the charred remains of our brave soldiers fighting the robot and/or monkey revolution, to the Live! set!” Grade: A [EW]

MGM is brokering a deal to adapt Greg Taylor’s book Killer Pizza, about a teenager working a summer job at a pizza place that is a front for a monster-hunting operation. In reporting the news, Deadline dropped some awesome pizza puns (“sensing the studio’s appetite,” “After a long period of being frozen”) so we’re going to try one: sure sounds like this movie will, um, deliver … extra toppings … of fun. Grade: C+ [Deadline]

Vanessa Williams, currently working on Desperate Housewive’s last season, has signed a deal with its network, ABC, for a talent holding contract that will put her on an hour-long or half-hour show for next fall. Oh man, what an exciting day of industry news! Grade: C- [Deadline]