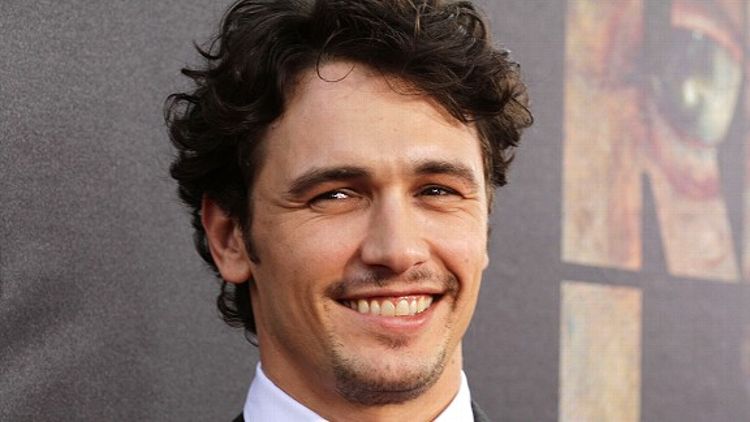 Following up his collection of short stories, Palo Alto, James Franco has sold his first novel, Actors Anonymous, directly to Amazon. Only appropriately, it’s a fictionalized version of Franco’s real life as an actor. It’s a pretty big departure, though: In the book version, the fake Franco sells his novel to Barnesandnoble.com. Grade: C [Observer via Vulture]

Kim Kardashian will guest star on a February episode of Tim Allen‘s Last Man Standing, as herself. Meanwhile, Jack White will guest star on the January 9th episode of American Pickers, also as himself. Here’s a better idea: A Pickers–Last Man crossover episode that consists of nothing but Jack and Kim making fun of Kris Humphries’ free-throw shooting form. Grade: C [HR, HR]

Cybill Shepard will join the Lifetime show The Client List, her first regular TV gig since her late nineties show Cybill. The Client List is an adaptation of 2010 Lifetime movie of the same name, in which Shepard also starred, as Jennifer Love Hewitt’s mother. The big difference is that in the new version J. Love is no longer a prostitute, but now an owner of a brothel. Prostitution cop out! Grade: B- [Deadline]

They’re just rumors for now, but Taylor Swift and Amanda Seyfried are said to have been offered roles in Tom Hooper‘s Les Miserables movie musical. Seyfried would play Cosette; Swift would play Eponine, a role which was also rumored for Lea Michele, Scarlett Johansson, and Evan Rachel Wood. The irrepressible Taylor Swift is acting in real movies already? Be forewarned: That means it may only be a matter of weeks before she announces her candidacy for Congress. Grade: A- [Twitch, Twitch]

Matthew Fox has landed the lead role in Emperor, a historical drama set in Japan days after the Japanese surrender in WWII. He’ll play Gen. Bonner Fellers, a Japanese expert for MacArthur who must decide if Emperor Hirohito should be tried as a war criminal … all while trying to chase down a Japanese exchange student lady in the war-ravaged country. Wow, sounds pretty somber. Now, what could cheer us up … hey, how about that time Matthew Fox got in a fight in Ohio with a female driver of a party bus! Grade: B [Variety]