Courtesy of MTV and Viacom 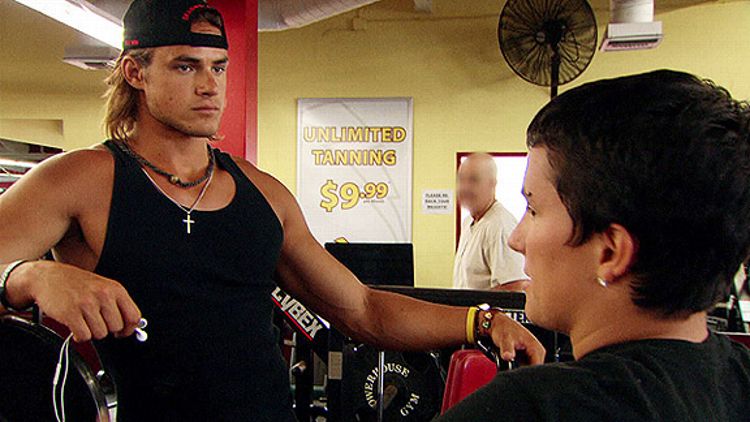 My first memory of reality television dates back to the early 90’s when MTV first brought us The Real World. The true story of seven strangers, picked to live in a house, work together and have their lives taped, to find out what happens, when people stop being polite and start getting real.

Most people around my age (I’m 33) watched at least one season of The Real World. It was totally intriguing. There were drunken fights, sex between roommates, people of different upbringings and sexual orientations all thrown together in some incredibly nice house that they would eventually fuck up beyond recognition. It got to the point where I couldn’t wait to see how bad these sloppy kids would jack these tricked out houses up. Dishes piled in the sink, dirty sheets, and filthy bathrooms. It was a train wreck and I couldn’t get enough.

I stopped watching The Real World after a graduated from college and actually got out into the real world. As far as I knew The Real World was it for reality programming. Now because I work as a television news producer and basically have to watch television all day long, by the time I get home I just want to listen to music, text my friends and visit with my husband. I understand this is not what most people do — and all of the major networks ABC, NBC, CBS and Fox host various forms of reality television programs, most of which I can’t stand. I’ve never seen and episode of The Bachelor or The Bachelorette, and to be honest, I am quite proud of that fact. I forced myself to watch one episode of The Real Housewives Of Beverly Hills, strictly so I could write this article and holy shit, what a disaster that was.

First of all, the women look like sea serpents. I have no idea what would make any reasonable woman pay to do that to her face, but I’m 90% sure they all have to breathe out of gills. Also: half of the “housewives” aren’t even housewives. They’re divorced crazy trains who have the worst cleavage I have ever seen in my life. They drink chardonnay, dance like uncoordinated assholes, wear giant sunglasses and are so fucking judgmental I could hardly finish watching the show without developing an eating disorder.

Now with all of that said, I see why people watch it. And I can at least have an appreciation for shows like American Idol, Project Runway, America’s Got Talent or So You Think You Can Dance. The contestants aren’t living in a house being filmed banging strangers and getting drunk, they have a talent and are trying to showcase it. Even though I don’t watch those shows either, I do have a level of respect for them. Shows like The Bachelor and The Bachelorette, though, are simply disgusting to me. They should be called, ‘Do You Think You Can Trick This Pretty Person Into Proposing To You So You Can Be On The Cover Of US Weekly Announcing Your Engagement Then A Month Later Announcing Your Break Up’. Basically that is it. (Though my hat is off to whoever came up with the concept. It is a money-making machine. The rose ceremony, the tears, the champagne, the music, the contestants talking to the camera, then the runner-up gets the spin-off show. It’s genius concept.)

I totally give MTV the credit for creating the concept of reality programming with The Real World, but MTV has jumped the shark. Yes they still have The Real World, but they also are the reason we have some greasy guy calling himself “The Situation” lifting his shirt up every five minutes and why we know who Spencer Pratt and Heidi Montag are. Trust me, I understand how ratings work and why people tune into these shows. It’s the same reason we all slow down when we see a car wreck. By all means continue to watch whatever shows you like, let’s just stop looking at these idiots like they are something special, let’s stop putting them on the covers of magazines and giving them their own lines of vodka, workout videos and clothing lines. They are media whores and should be treated as such. Alright? Climbing down off of my soapbox now….

Jenny Johnson is a television news producer and comedy writer living in Houston, Texas. She lives with her husband and two dogs and has never seen the movie Avatar. Follow Jenny on Twitter at @JennyJohnsonHi5