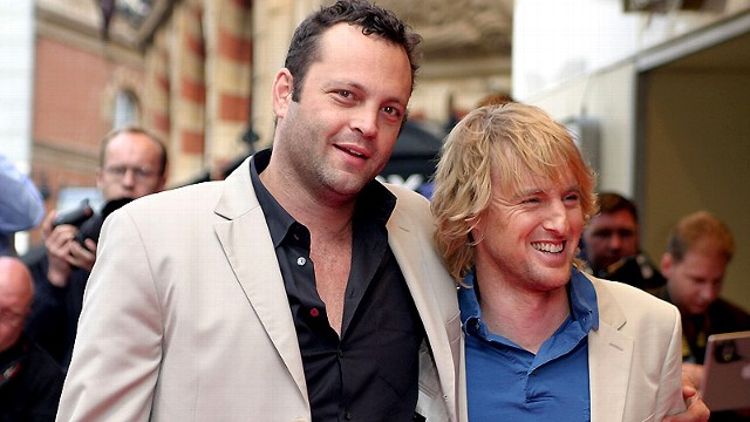 It seems like only yesterday that we first sat in a movie theater and marveled at all the female shirtlessness they managed to squeeze into that one early montage in Wedding Crashers. It’s actually been seven years, and a lot’s changed since for Owen Wilson and Vince Vaughn, the movie’s two charmingly reluctant romantics. Mostly, what’s changed is that they haven’t stuck to their bread and butter and made a worthwhile bro-comedy. Vaughn had himself a hit with the lackluster Couples Retreat, and has a possibly enticing Ben Stiller team-up in Neighborhood Watch coming next; Owen Wilson slayed in Woody Allen’s Midnight in Paris, but his raunchy Hall Pass whiffed. But now they’re back, and together, and maybe making a hilarious, big comedy.

The flick is called Interns, and Vaughn actually wrote it (not his first credited screenplay: he cowrote Couples Retreat). Also, Shawn Levy — who produced Neighborhood Watch and, even more promising, the Grantland-approved Real Steel — is on board. And the concept, as Vulture explains, is as follows: “Vaughn and Wilson will play forty-ish company guys who both get laid off in a downsizing. Convinced they’ve gone about managing their careers entirely wrong, they resolve to become interns at a Google-like dot-com and start anew. Suddenly, the two old chums are competing against wily, fresh-faced 22-year-olds for advancement.” It sounds like the same exact character breakdown of Wedding Crashers — Vince playing the guy constantly snapping and on edge and complaining that this is a bad idea, Owen playing the guy trying to calmly reassure the both of them that everything will work out — could work out here. That’d be pretty fun! Bonus: The possible presence of knowing jokes about the lax, young-skewing dot-com office culture, including foosball tables, employee Segways, meetings conducted while everyone sits on the floor, office petting zoos, and hoodies. Now if they can just figure out how to work female shirtlessness into this whole deal, we might really have something here.

Filed Under: Grading the Trades, Movies

Pinterest: The Sticking-Pins-in-the-Internet Social Network You Never Knew You Needed So Badly