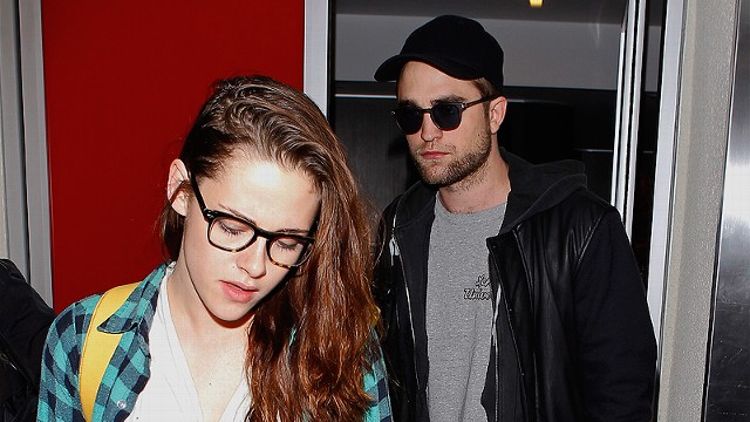 From Kirstie Alley oversharing about conspiring with George Wendt to snap a picture of Ted Danson’s dick during the Cheers years to the revelation that Mel Gibson is dating Jennifer Aniston’s body double, this year we learned more than we could have possibly ever wanted to about celebrities.

Tom Cruise & Katie Holmes: The biggest tabloid story of 2012 was undoubtedly the breakup of the Cruise-Holmes union. All the restraint usually afforded to Cruise stories out of fear of Xenu went out the window as the major tabs openly mocked Scientology, discussed the marriage contract the couple supposedly signed, and insinuated that the ageless Jack Reacher star is gay. The divorce’s carcass was thoroughly picked over by gossip mags, and once the initial schadenfreude wore off, the narrative took a sharp turn, just like cabdriver Max’s night the moment Vincent got in the car. Katie Holmes was initially declared the undisputed winner, with Cruise hitting rock bottom when his hair metal alter ego Stacee Jaxx failed to pour some sugar on anything. But as a stream of stories came out about Cruise spending nights at clubs alone in Europe, trying awkwardly to socialize with strangers, and begging to see his daughter, Suri Cruise, between long shoots, Tom Cruise started to seem less like the wacko couch-stunting bully of the past few years and became almost human. It’s his greatest performance yet. All he has to do now is quit Scientology for real and make a movie with Quentin Tarantino.

Kate and Wills Knocked Up/Prince Harry in Vegas: This year while Prince William was siring a royal spawn and gallantly bringing his wife, Kate Middleton, yellow roses at the hospital she’d checked into for morning sickness, Prince Harry was throwing up constantly for other reasons (possibly involving tequila). The rascally ginger sparked a royal scandal when he drunkenly allowed some camera-phone almost-nudes to be taken in a Las Vegas suite. Multiple accounts of Harry partying his face off all over major metropolises leaked out during the year, as he attempted to live his own teen sexy comedy and go deep undercover as a typical American frat boy.

Taylor Swift & Conor Kennedy & Harry Styles: At some point after Jake Gyllenhaal told her he needed “space,” Taylor Swift decided not to be a romantic victim all her life. Emerging from her glittery princess-bride cocoon, she debuted her new strategy in her traditional not-so-slick manner. The new Taylor Swift was not a slut-shaming prude. She’s a cougar. She spent her summer banging out a barely legal Kennedy, and when he left for school in the fall she moved to One Direction’s Harry Styles.

Taylor, who once sang that a sexual rival was “better known for the things that she does on the mattress,” started to acquire a reputation of her own. Rather than fighting it or feigning outraged surprise, the new Taylor just smiles smugly at paparazzi when Styles exits their hotel with sex hair. She’s 23, a multimillionaire, and fucking a Tiger Beat pin-up. Who can blame the haters for being jealous or Swift for being smug? Just the way players play, all day everyday.

Robsten Unbroken: The dizzying publicity strike for the final installment of Twilight films took place offscreen but not off-camera. In a development that absolutely no one predicted (except the most rabid Edward Cullen fans), Kristen Stewart cheated on national heartthrob Robert Pattinson with Rupert Sanders, the married director of Snow White and the Huntsman. It was a tabloid dream come true nestled inside a blood-soaked vampire womb. Candid photos of Stewart and Sanders were so bizarre that they looked staged for publicity, but Rupert’s wife and baby mama, Liberty Sanders, quickly came forward to assure that this was not the case. The notoriously press-averse Stewart was temporarily turned into the most hated famous person in the world while she was also being blatantly replaced as YA It Girl, fan favorite, and all-around contender for serious A-list actress by The Hunger Games‘ affable Jennifer Lawrence. Rob Pattinson mostly laid low and starred in a David Cronenberg movie.

Pattinson and Stewart reunited much to fans’ chagrin, but there was again a patina of strangeness to their reunion. Voyeuristic but clear photos taken by a pool where the couple was finally seen locking lips were later reputed to have been staged in a rented house. Now that the Twilight franchise is over, their next few films will make or break both of their careers. Whether or not their relationship survives, Rob and Kristen will be associated together for years to come. I suggest they take advantage and do a sex thriller with Brian De Palma.

Jessica Biel & Justin Timberlake: That whole video mocking the homeless was not the most auspicious way to begin a life together.

Rihanna & Chris Brown & Karrueche Tran: Although we all want them to both dump Chris Brown, Rihanna does not like to lose, and so she engaged in psychosexual warfare with Chris’s girlfriend Karrueche and made a whole album about how much she loves Chris. Rihanna, I never thought I would say this in a million years, but maybe you should ask Taylor Swift for dating advice?

Kimye: I am so sick of the Kardashians, and I have a very high Kardashian-tolerance. The most notable thing about the Kim K and Kanye relationship is that Kanye dresses Kim horribly, almost as if he were pranking her or just testing her (bottomless?) threshold for embarrassment in the name of attention. He seems to have no idea how to dress her body, and puts her in things he probably sees on the Vogue website while surfing on his iPad in his marble-columned mansion late at night. Also, she got a white kitten named Mercy, toted it around as an accessory for five seconds, and now it is dead.

John Mayer & Katy Perry: You could see this coming from a mile away. There had been rumors that Katy and John almost dated just before she got together with Russell Brand, so you just knew that after waiting for their brief marriage to time out Mayer was going to be all up on Katy’s cupcakes. After attempting to reform notorious womanizer Brand into a respectful husband, you’d think she might not want to go down that route again so soon, but Katy was perhaps predictably unable to resist Mayer’s romantic overtures or the challenge of making him into her man. Remarkably, they have managed to keep the relationship mostly undercover. I’m guessing there will be gory details in the form of songs at some point. And then maybe Katy Perry can rebound with Conor Kennedy, completing the square.

Blake Lively & Ryan Reynolds’s Plantation Wedding: The union of these two demi-stars at an old South Carolina plantation served as an unofficial prequel to Django Unchained.

Sandra Bullock & Brett Ratner: The best fake story of the year had Miss Congeniality spending a long, shrimp-flavored night in The Rat Mansion. Sandy chimed in publicly to tell the world that she may have married Jesse James, but she would never, ever, ever make it with the Rat-dog (like, ever). Then again, there’s always 2013 …