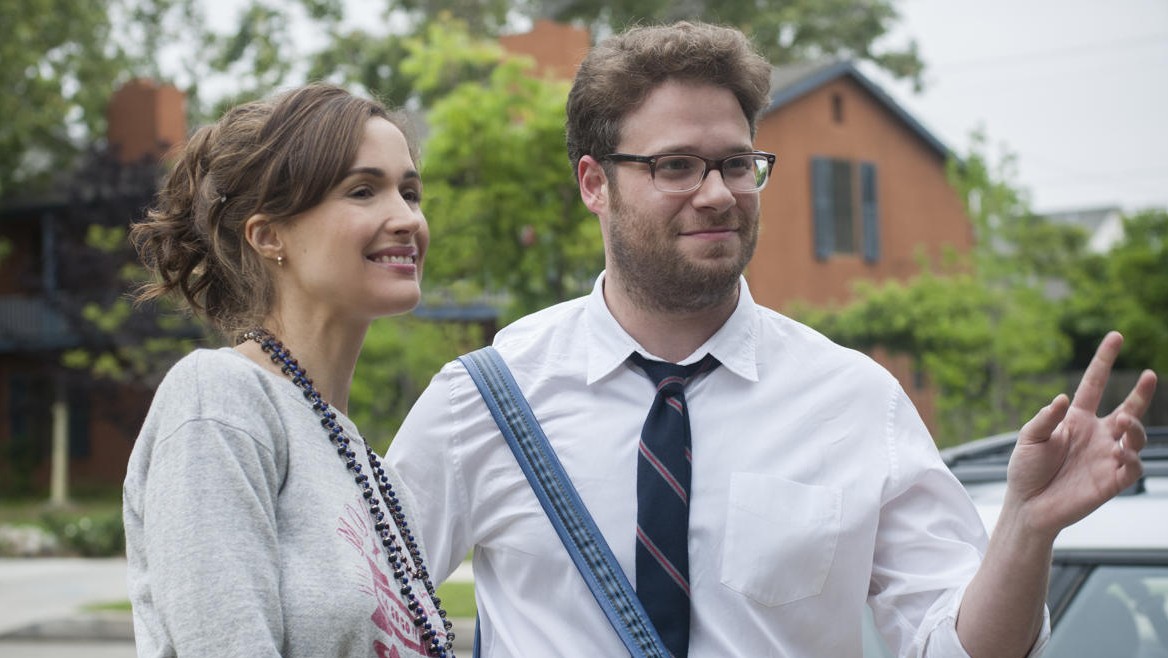 Neighbors might have officially snatched the Amazing out of Spider-Man 2’s overly confident title. Not only is this one of history’s greatest debuts for an R-rated comedy, but Seth Rogen, Zac Efron, and Rose Byrne also managed to unseat Spidey — in his second weekend — while playing in nearly 1,100 fewer theaters. “Universal’s aggressive, confident marketing campaign began last year, and culminated with a publicity blitz and tons of word-of-mouth screenings,” Box Office Mojo writes. “Even with all of this, though, a debut north of $50 million is nothing short of remarkable.”

A couple weeks ago, two Grantlanders predicted this one would be the summer’s biggest hit. (I was one of those two; I added the caveat that Spider-Man would be the summer’s biggest domestic hit, while Transformers: Age of Extinction would take the worldwide win.) That’s now looking pretty unlikely. Although Spider-Man’s 59 percent dip is on par with what the last few Marvel movies experienced between their first and second weekends, it’s still rough. And with all the tentpoles right around the corner (Godzilla, X-Men: Days of Future Past, A Million Ways to Die in the West), Spidey could vanish embarrassingly soon. Internationally, the webbed one is doing all right, with $550.9 million.

How have we not seen an announcement about The Other Other Woman yet? It’s gotta be en route. (And speaking of sequels for surprise smash comedies: Neighbors has to be getting one, right?)

With a very mild 19 percent dip this weekend, it looks like Heaven Is for Real is just going to hang out in the top five until the next Christian movie’s ready to take over for it.

The Captain is sitting less than $5 million away from $700 million worldwide; maybe he’ll break $1 billion in his (definitely forthcoming) third adventure. Domestically, The Winter Soldier is now the highest-earning April release of all time, passing My Big Fat Greek Wedding’s $241.4 million.)

Also notable: Back there I said Heaven Is for Real is keeping the Christian seat warm for whoever’s next. Moms’ Night Out, featuring Patricia Heaton and Sean Astin, had a slight chance to be that film, but ultimately didn’t wear its faith visibly enough on its sleeve, debuting to $4.2 million in 1,000 theaters. An animated feature called Legends of Oz: Dorothy’s Return came in at no. 8 with $3.7 million, making it “one of the lowest debuts ever for a movie at over 2,500 theaters,” according to Box Office Mojo. Meanwhile the James Franco–starring Palo Alto, based on Franco’s short-story collection of the same name, made $80,600 in four theaters, and Jon Favreau’s Chef made $204,000 in six theaters.

Filed Under: Box office, Movies, The Other Woman, heaven is for real, captain america: the winter soldier, chef, moms' night out, the amazing spider-man 2, Neighbors

‘Game of Thrones’ Recap: The Trial of Tyrion