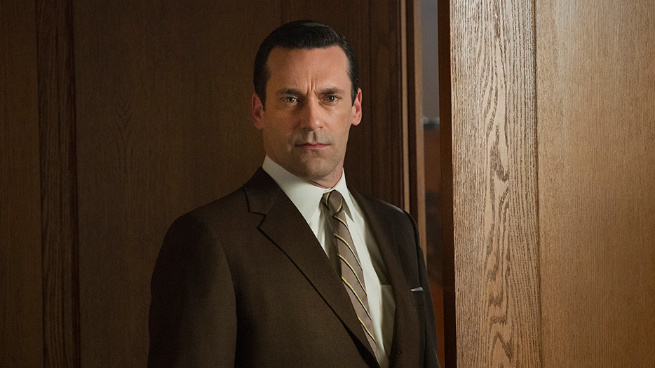 “For what is a man, what has he got? If not himself, then he has naught.”

The last hour of a party is dangerous. That’s when the really questionable choices get made. Sure, have another drink. Take those mystery drugs being offered by a stranger. Go home with an obviously bad idea. There’s a brief window when everything seems possible, between when the fun peaks and when everyone leaves. The sense of possibility is thrilling, but it’s always a gamble how the moments following those impulsive choices will bear out: euphoria, regret, or both? 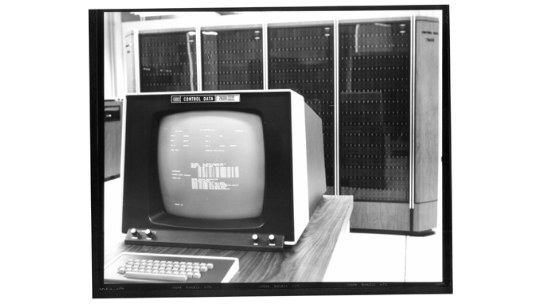 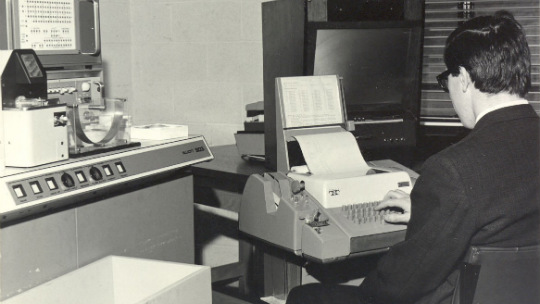 It’s not that Don Draper isn’t down for some sexual experimentation, it’s just that his batting average is good enough already. He doesn’t really need to hit doubles. He was incredibly out of place at Megan’s canyon party (which I am pretty sure I attended on Saturday night). Don’s plaid blazer and black tee may be casual by Draper standards, but everyone else is wearing a fur hat. Megan, in the big mod hair she reserves for parties, would be having a full-on great time were it not for her husband sulking in the corner all night. Just like at the Rolling Stones concert, Don felt out of his element, and thus somehow became a buzzkill.

Don drags Harry Crane away from his casting couch to talk shop, and immediately feels at home again in the dark empty bar, where he can pretend he’s in New York for as long as he can forget that he drove there. Harry’s general sliminess actually paid off in dividends for Don this week, when he leaked the confidential information that Don is about to be pushed out for good. Why Don doesn’t just leave and start his own firm at this point is beyond me. Pride? The Lou Avery era of SC&P does not look like a fun place to work whatsoever. Even the computer seemed stressed out. Not that Don always seemed like a fun boss, but sometimes he did? At least compared to Lou Avery, who is about as chill and laid-back as the principal from The Breakfast Club. 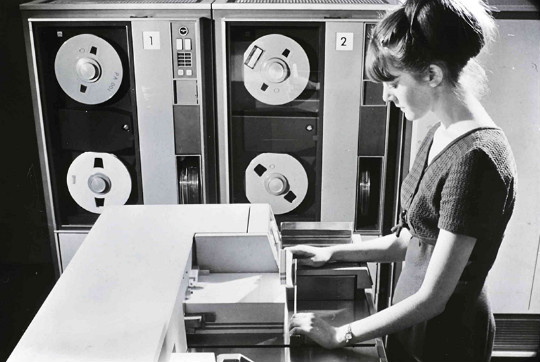 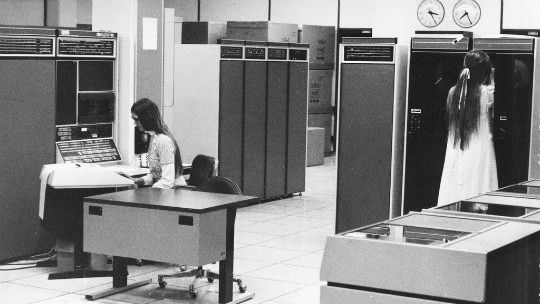 Don was annoyed because Megan purposely kept him from his niece, and Megan was pissed off because she probably picked up that Don totally did try to fuck the radiant, pregnant hippie now occupying her living room and refusing her steak. When Stephanie reassures Megan that she never slept with Don, that almost makes it worse. What’s more threatening than platonic friendship between two attractive people? The tension felt like it could pop at any second, like the valve in Ginsberg’s nipple. I thought Megan and Stephanie might even hook up, but Megan transferred her bi-curious leanings onto omnipresent ginger pal Amy instead. Megan is not that much older than Stephanie, and she doesn’t like playing house mom to her on Don’s behalf. Stephanie isn’t trying to be threatening, even if dirty hair and seven months of pregnancy can’t mask her innate glow. Megan is terrified that other women exist who know intimate things about her husband that she doesn’t, and she reacts defensively. Dismissing Stephanie, Megan temporarily turns into Don, suggesting that giving someone money makes up for a lack of emotional care. It’s the core tenet of Don’s life, instilled in him in the whorehouse, and it’s what has made it so difficult for him to learn how to love someone back.

Unfortunately for all involved, Don can’t really get close to anyone, male or female. The closest he ever got was with Anna Draper, which is why he still regards her in such mythic terms, and why Stephanie gets such a tender treatment by association. Stephanie, like her aunt, is one of the few women to whom Don relates intellectually rather than sexually. Anna Draper mothered Don in a way he’d never previously known. She taught him the value of selfless love, a lesson he proceeded to continuously forsake and forget in favor of booze. For the traumatized young man who was raised in an unloving home, emasculated by poverty and depression, being reborn as Don Draper was a chance to finally become the alpha male. He could disavow the part of him that, like Bobby Draper, was constantly seized with an anxiety that manifested as physical pain. 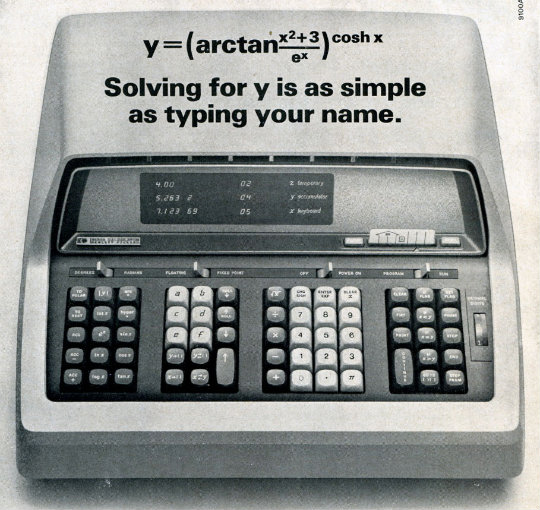 Even though Anna Draper was just doing Dick Whitman a solid, she unconsciously also enabled him to become the fucked-up guy he is today. She was only trying to help! It’s the major paradox of parenthood. Why is the desire to aid someone’s growth linked so closely to a need to control them? It’s even stranger when it turns out to be the major theme of romantic relationships, too. Don and Megan’s relationship rides an uncomfortable line between father figure and sex partner. She looked far more comfortable and happy dancing with the age-appropriate longhair in double-denim to the 1952 jazz standard “Petite Fleur” at the party. Let her fly, Don. Megan is not abnormally jealous, it’s just that Don’s life is full of shadowy women. Megan’s biggest fear is that one woman will never be enough for Don, but the problem really seems to be that one woman will always be too much for him. 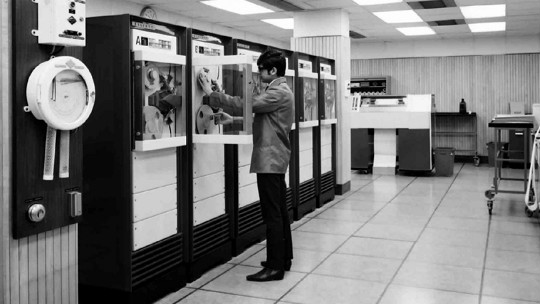 Don and Megan having a threesome wasn’t even the most outrageous part of “The Runaways.” This episode didn’t have Roger, Joan, or Pete, and it was still fantastic. Even Lou Avery is fascinating. What’s his damage? He was finally right about something this week: Underdog is a sweet cartoon. He baited the creatives to laugh when he bellowed “Bob Dylan. Is he hip enough for you?” but struck blood with the reminder that none of them has actually proven to be as talented or accomplished as they posture to be. I’m surprised that when the creatives were mocking Scout’s Honor, they didn’t at least applaud his drawing abilities. I mean, would have you thought that guy could emulate Mort Walker’s style so flawlessly? Two snaps up for you, Lou Avery, you mean jerk. 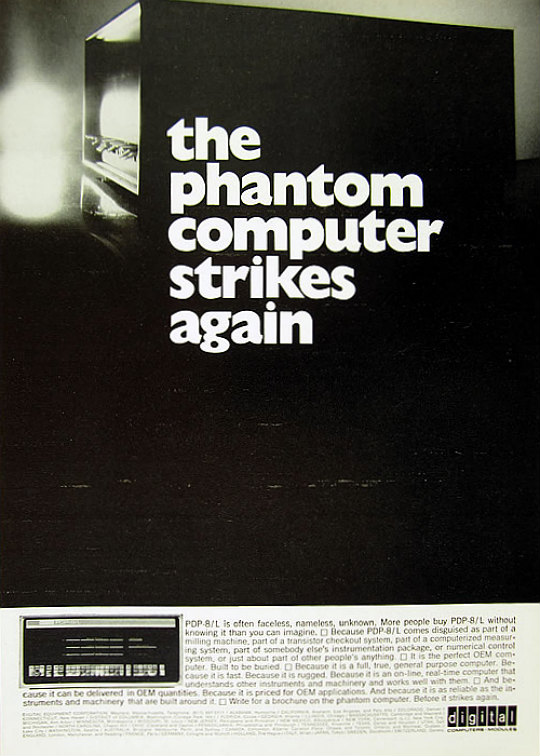 The white noise made by machines is incredibly distracting and annoying, so I don’t blame Michael Ginsberg for refusing to get used to it. His attempt to lip-read Cutler and Avery’s secret discussion in the pristine white IBM computer room was probably another 2001 reference, considering that last week’s ep was titled “The Monolith.” 1969 was the year the Internet was first invented and used, as a Cold War defense program called ARPANET, but Ginsberg’s paranoid belief that the computer is turning everyone into “homos” is completely unfounded (and finding Stan’s shoulder area sexually riveting just means you are human). Peggy’s realization that there was something wrong with Ginsberg was seeded when he showed up at her apartment to suggest they go half on a baby, took root when she woke up and saw him watching over her, and flowered when he cut his nipple off and gave it to her. All that “what’s up with Ginsberg?” dread that’s been building up for four episodes was released in one brief, horrifying shot. But the Ginsberg plot isn’t merely for shock. It’s heartbreaking.

A person having a psychotic break doesn’t necessarily act crazy. They act like themselves, but more bizarre. They say strange things in the same tone of voice they’d use to ask “Where should we eat?” But something feels fundamentally off. Something felt off all episode, which was the whole idea. Ginsberg predicts that the computer marked the start of the fall of the house of SC&P, that “one by one” the whole gang will be knocked off, beginning with him. Psychosis can be so vivid that it starts to sound convincing. Peggy is too much of a lapsed Catholic not to be superstitiously wondering whether Ginsberg’s last strapped-in warning to “get out while you can!” is a portent she should heed. Peggy tends to not make irrational, spur-of-the-moment decisions, because of the time she did that and got pregnant by Pete Campbell. Ginsberg’s suggestion that he and Peggy “reproduce” was probably not the right thing to say to seduce her. 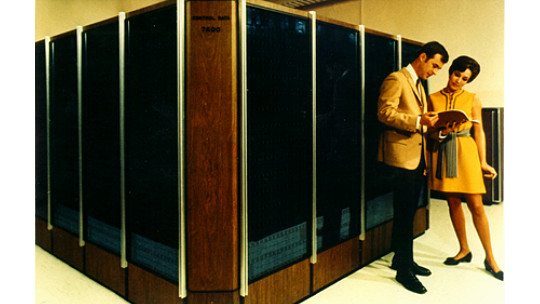 Betty Draper knows Italian, so go fuck yourself, world! This fabulous bitch was on fire again this week, making a stand in her own defense to her condescending husband. Betty knows she is not a brain, but she’s hardly a moron, either. She speaks a foreign language and knows her way around a mean quip, and is more stubborn than Richard Nixon when it comes to the Vietnam War. Betty’s talent with an insult is matched only by her daughter, Sally, who came home from a golf club sword fight looking like Jack Nicholson in Chinatown after he finds out what happens to nosy fellows. Sally threatens to ruin her perfect face just to spite her mom’s belief that it is her biggest asset, and invokes abortion just to scare her mom with the idea that she’ll someday have sex. Reactance, that knee-jerk rejection against authority, is the reason kids still take up smoking.  The most intimate moment in the whole episode had nothing to do with sex at all; it was Sally letting Bobby sleep next to her after reassuring him that they are on the same team, against their parents.

There are two factions in 1969: the silent majority and the kids. Many of the characters of Mad Men find themselves straddling that generation gap: Someone like Peggy is more conservative than some of her peers, but still infinitely more liberal than, say, Lou Avery. Don is too old to be one of the kids, and it would be embarrassing to watch him try, but he’s not part of Betty and Henry Francis’s rumaki klatch of suburban squares, either. As always, Don is a man without a country. He’s not aligned with anyone besides himself, if that. His surprise appearance to go to bat for himself at the Commander cigarettes meeting is exactly the kind of Ferris Bueller–y move that Don has been continuously told never to do again, even though pulling crazy yet brilliant stunts out of his ass is essentially his calling card. It’s always a last-ditch effort. He’s not showing off for fun. 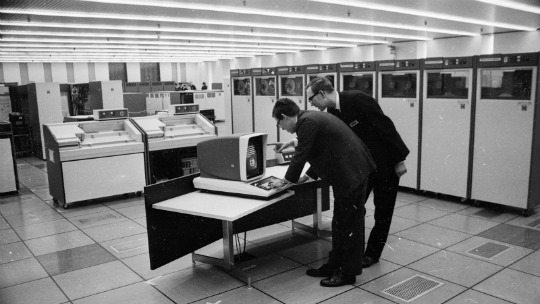 As much as he might dream of being a lone wolf, Don desperately needs other people. Everyone on Mad Men experiences difficulties navigating the fragile ecosystem of coexistence, which can sustain robust weeds like Lou Avery and stomp on delicate wildflowers like Michael Ginsberg. People grow together and sometimes apart. Every year seems like a muddle of random events, but when you start looking at them stacked back-to-back, patterns start to appear. Your choices add up to a defined self, but you keep getting chances to change. Nobody is beyond redemption from the sins of themselves or their society. That’s the idea provoking “the kids” and their sometimes violent rejection of the old rules. The wheels may be wobbling, but they haven’t fallen off yet. It’s the moment of greatest possibility, when potential hums in the air. Hopefully it’s all still worth it in the morning. 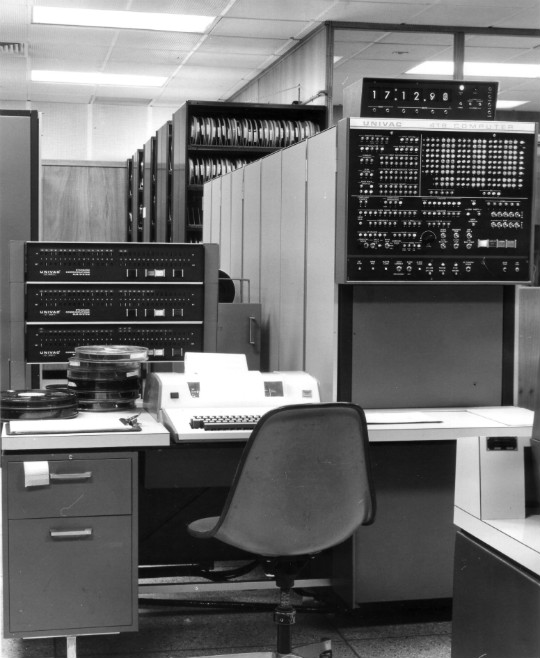