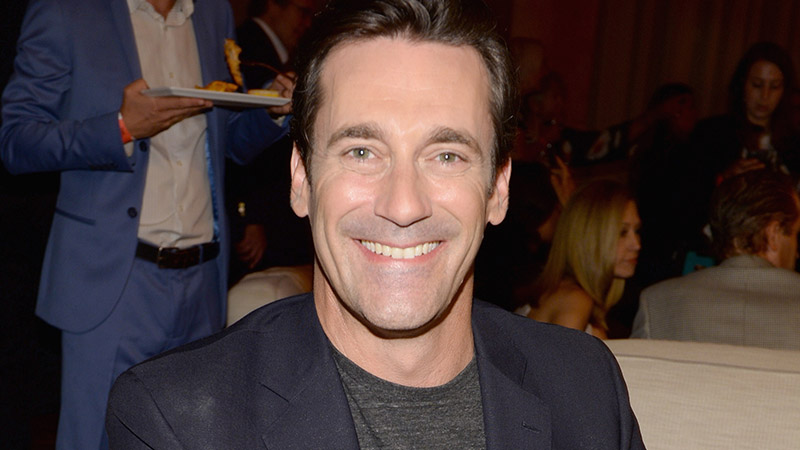 Once the phrase “Black Mirror Christmas special” entered the culture, the best part of the 2014 holidays was already guaranteed. We already knew the marvelous, evil, prophetic show would weave three stories together for the first time ever — but now Jon Hamm is the link among the three. “[Black Mirror‘s] dark humor and intelligent observation of our society and values hooked me deeply as a viewer,” says Hamm, “and I’m honored that Charlie [Brooker] and the rest of the creative team have asked me to participate in wishing everyone a very Merry Christmas.” We’re honored, too, Jon. Exciting times we live in.

Thom Yorke’s $6 BitTorrent album has been download 408,000 times since Friday.

If we’re 8-bitting everything, sure, why not Friends?

Black Sabbath is doing a “final” album and tour next year. (Without original drummer Bill Ward, but still.)

Kid Cudi is pissed he has only five fans, storms offstage at cushy Outkast opening gig.

Robert Plant and Jimmy Fallon did a little doo-wop together.
https://www.youtube.com/watch?v=Jz8KQWWaaRQ

And Aretha has a covers album on the way; here’s “Rolling in the Deep.”

Lightning Round: The First 'Inherent Vice' Trailer Unexpectedly Drops Into Our Lives