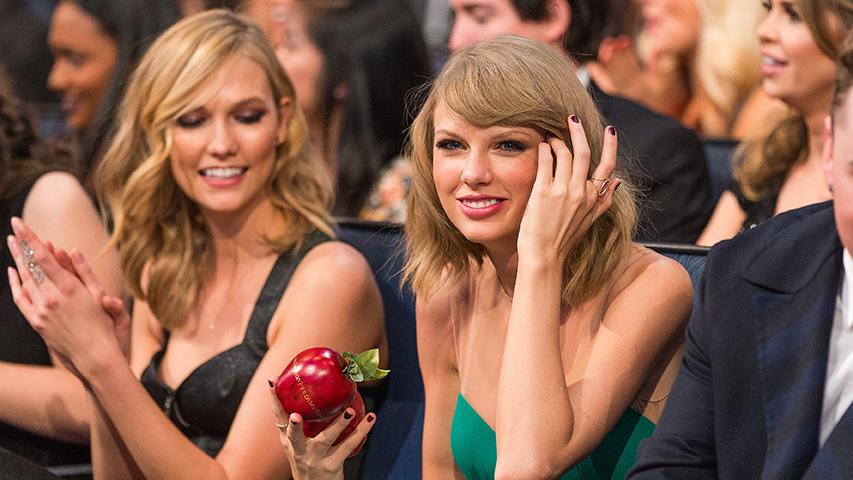 Do you remember last year’s American Music Awards? No, of course you don’t. Most likely, you don’t remember this year’s American Music Awards, and those took place, uh, last night. We came here, though, not to disparage the good name of the AMAs, but to praise them for reminding us of an important lesson: Award shows are like life in that they are mostly soul-numbingly god-awful, except for a few fleeting moments of pure, unadulterated joy, which are mostly made up of Taylor Swift murdering men with apples. Anyway, here’s what you missed last night!

Swift took the concept of her “Blank Space” video live and artsy, first floating a dinner table high above us, then doing sleight-of-hand pyro magic and getting in a painting-frame fight with a red-jacketed gentleman, who appeared to be running late to his late-night shift at the Four Seasons valet stand. Taylor’s crazy-face gesticulations were firing on all cylinders, and at the end she offered up another sacrificial boyfriend lamb. Now that’s entertainment.

Did Lorde’s “Yellow Flicker Beat” performance feel extremely ’90s to anyone else? Not in a bad way, necessarily. There was just the distinct feeling that, somewhere, Jay Kay was watching while templing his fingers to his pursed lips and nodding approvingly.

5 Seconds of Summer is a boy band from Australia that plays their own instruments and sometimes sends dick pics. Last night they played the Romantics’ “What I Like About You” and kind of shredded all through it, although the fast-cut cameras did make me wonder, Was it really you, 5SoS?!! Also, the guitarist was wearing an old-school Weezer shirt, presumably for “rock cred,” and that was weirdly perfect.

Shout-out to Sam Smith for just standing and singing. With Adele nowhere in sight — presumably back home in England, just lazing about with a piña colada, perhaps even dipping her toes into her Scrooge McDuck money pool? — someone had to just stand and sing. A$AP Rocky popped up for a verse, which was probably unnecessary, even though he did a nice job modulating his flow down into the slow-jam groove. Rocky and Sam never acknowledged each other, though, and that felt supremely awkward. Just a wink would have gone a long way!

Outside of Swift, Charli XCX delivered the most entertaining performance of the night. She ran through “Boom Clap” and her newer single, “Break the Rules,” with one key costume change. She concluded by smashing a giant lollipop, proving that wild-man rock star behavior can be charged and frenetic and reckless but also quite sweet.

Before the show, TMZ reported that “[AMAs] spies tell us … Iggy and J.Lo will perform ‘Booty’ … and network honchos are nervous … real nervous. The execs have set the ground rules … no cracks, no rubbing.” Well network honchos must have gotten pretty sad because — and no, I’m not a physiologist, nor do I have a master’s in modern dance — that sure looked like butt-rubbing to me.