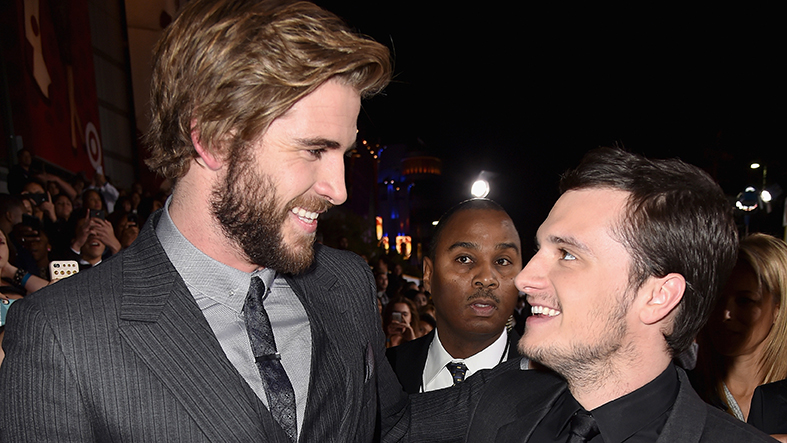 Right now, blockbuster movies belong to Jennifer Lawrence in the same way the seas belong to Poseidon. Movie stars have total ownership of their roles, and when you see Lawrence’s performance in Mockingjay — Part 1, the idea of someone else playing Katniss Everdeen doesn’t even seem realistic — she is at once angry, frightened, bold, cowardly, selfless, and selfish. No shots at the rest of Hollywood’s young women, who are certainly not getting enough opportunities to play parts like this, but Lawrence is on another level.

But while Mockingjay — Part 1 is very much dominated by Lawrence, it also features a tremendous ensemble: Julianne Moore, Jeffrey Wright, Woody Harrelson, Donald Sutherland, Elizabeth Banks, Stanley Tucci, and Philip Seymour Hoffman in the last role he filmed before his death. Seeing Moore, Wright, and Hoffman debate war tactics in a YA adaptation might be the best encapsulation of where Hollywood’s at right now, like it or not. And in light of the platinum-filled acting trophy case that The Hunger Games has put together, it’s worth considering whether any of the younger supporting players also have bright futures, or if they’re more here to fill out the bottom shelves.

Liam Hemsworth plays Gale, the almost-beau of Katniss, turned a leader in the Mockingjay uprising. He’s also, in real life, the brother of Chris, who, as Thor, factors into 97 different Marvel franchises, meaning the Hemsworth family Christmas gifts probably don’t fit under a regulation-size tree. Chris Hemsworth is seven years Liam’s senior, which could be one way of explaining his fleshier filmography. While Liam’s credits beyond The Hunger Games extend as far as a Nicholas Sparks movie costarring Miley Cyrus and one of the lowest-grossing wide releases of 2013, Chris anchored Ron Howard’s well-admired Rush and has roles in the next Howard and Michael Mann movies, as well as whatever franchise comes out of Snow White and the Huntsman.

Age ain’t nothing but a number, though, and one thing Chris has shown that Liam hasn’t is at least the slightest sense of humor. This isn’t Liam’s fault: The Hunger Games essentially casts him as a war wife — part of a pattern in which it fills most traditionally female supporting roles with dudes — and even after he evolves into a fighter of his own, his character never feels like he exists beyond the scope of Katniss. It’s to The Hunger Games’s credit that the franchise puts a man in this position and not a woman, but Gale is still a puddle, and Hemsworth is mostly reduced to glowering and looking stoic, sometimes in rapid succession. For all we know, Hemsworth could be a young Paul Newman, but the Hunger Games movies aren’t the place for him to show it; he needs a meaty role, maybe an ensemble part in a messy war movie, to muss with his good-soldier image.

Sam Claflin plays Finnick Odair, a fellow Hunger Games victor who wasn’t introduced until the second movie, Catching Fire. Claflin might as well not exist outside of the franchise — his only other roles are in British indies and a smaller American horror flick, plus a minor role in Pirates of the Caribbean: On Stranger Tides. Fortunately, he uses his screen time in The Hunger Games well. In Catching Fire, he was a cocky foil to Katniss, eventually unveiling some surprising depth. In Mockingjay — Part 1, he’s essentially a psychological casualty of war. Odair has been prostituted and abused and then separated from the woman he’s in love with, and Claflin plays him in extreme opposition to his own physical beauty and charisma — he’s hollowed out, completely devoid of agency or will. 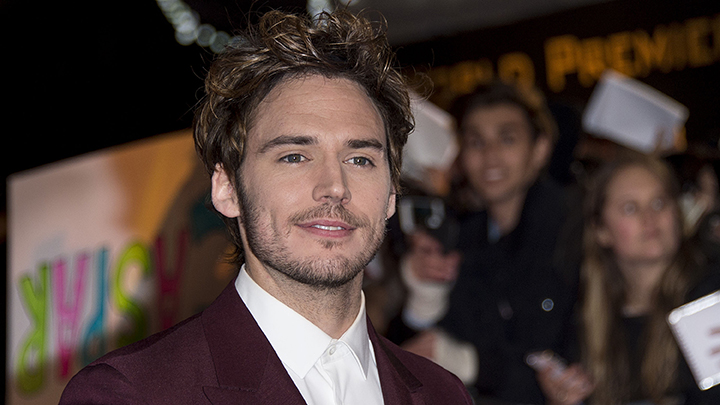 There’s a late-1990s corruption to him; he’d fit well into a prep-school movie in which things aren’t what they seem, particularly if they aren’t what they seem because of something Kevin Spacey did. I’m bullish on Claflin, since he shows hints of having that subtle weirdness that makes someone like Brad Pitt or Jake Gyllenhaal so much more than just a stock leading man, but he needs the role to exploit it.

Then there’s Josh Hutcherson. Hutcherson plays Peeta, everyone’s favorite damsel in distress; he’s basically Katniss’s dog. In Mockingjay — Part 1, things get a little more complicated: Peeta has been captured by the Capitol, and he’s being used as a propaganda tool against the rebels. We don’t actually see Hutcherson outside of a TV screen until the very end of the film, and every time he appears over the air, he has disintegrated a little more — by the time the credits roll, he looks like a malnourished, insane child refugee.

Peeta is a fascinating character, a kind of emasculated angel, and Hutcherson doesn’t shy away from playing him as a porcelain doll. Many actors would feel insecure in such a vulnerable role, but Hutcherson manages to convince you of why everyone around Peeta seems to feel so deeply for him. And, most important, Hutcherson has just enough creepiness and anger that his late-game turn is convincing.

That’s what makes Hutcherson the most intriguing of the three young actors in this movie. Tiny and rectangular, he’s both likable and sort of discomfiting, and when he’s made as shiny as he is in The Hunger Games, he has the strange effect of coming across as fake — not fake as in insincere, but fake as in prefab. He’s unusual, and, as Miles Teller can tell you, that’s a good thing.

While Hutcherson does have some bona fides beyond The Hunger Games, having done strong work in The Kids Are All Right opposite his Mockingjay costar Moore and Serious Thespians like Annette Bening, Mark Ruffalo, and Mia Wasikowska, he hasn’t shown a tenth of Teller’s depth and ability yet. There’s plenty of time for that to change — Hutcherson is only 22, and he’ll be opposite Benicio Del Toro in a Pablo Escobar movie that’s coming out in early 2015. Robert Pattinson paved the way for actors of this ilk. Soon, Hutcherson, as well as Liam Hemsworth and Claflin, will have to follow in his footsteps.

Straight to Video: ‘Interstellar,’ ‘Foxcatcher,’ and ‘The Theory of Everything’