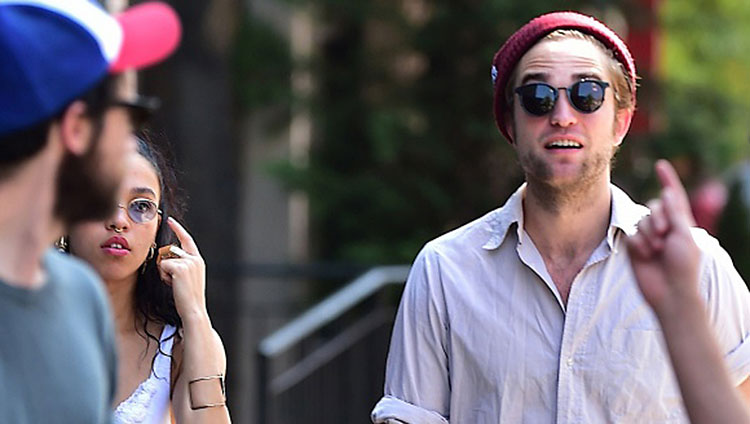 With the news he is dating FKA twigs, the British singer of the alien sex-jam “Two Weeks,” Robert Pattinson has completed one of the most stunning turnarounds in movie-star history.

Five years ago, Pattinson was an expressionless Topshop mannequin being paid A-Rod money to brood in the most inscrutable blockbuster franchise of this epoch. Now, he’s one of our most charismatic and promising young actors. How’d he do it? And, more importantly, how can you, young actor, also do it? It only takes six steps.

When you’re the tentpole of a tentpole, you can’t just start acting. Your face is just a face: It has a GDP and it sells things, even when it doesn’t move — ESPECIALLY when it doesn’t move. Pattinson found himself in this position in 2009, with the Twilight train in full steam, and the Cult of Sad Vampires coalescing around him.

Instead of going straight for a grueling indie role, which would be the move of a more shortsighted actor, he decided to play Salvador Dalí. The resulting film, Little Ashes, looks like the work of an NYU freshman trying to make a Lifetime movie, but it served a very important purpose: It got Pattinson’s first failure out of the way. Treasure the visual, though, of some confused Twilight stans watching Pattinson slur through a Dalí pantomime.

You have to be a goddamn lunatic to think you can play Dalí. This was a man who spent his entire life playing Dalí. However, that lunacy was a promising sign for Pattinson to come.

Step 2: Kill Your Darlings, But Not Literally, Because That Would Be Weird

Pattinson’s cult-leader mega-stardom hinged on Twilight, but it reached the next level because of Kristen Stewart. Apart, Pattinson and K-Stew were two rich, gorgeously tragic muppets. Together, they were the A-bomb of teen-blockbuster iconography. 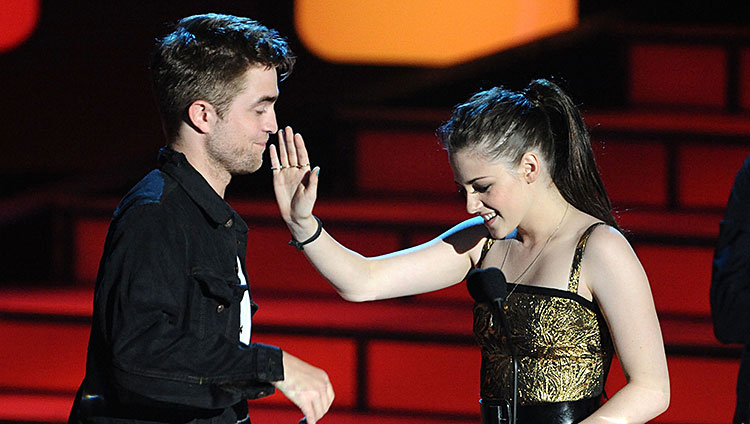 What made their relationship even more potent was that neither of them ever actually acknowledged it — it was an Easter egg for diehard fans. If you look back at their public appearances during this time, both seem almost purposefully sedated, like they’d been put on a doctor’s regimen of ketamine and booze. In hindsight, it feels like that was part of the ploy to keep them contained within the sphere of Twilight and their own relationship — even then, handlers must’ve realized they were too good for that world.

The breakup alkalized it. Or “breakup.” The way it played out was weird; Stewart got caught in a bizarre dalliance with her married Snow White and the Huntsman director, and Pattinson didn’t say a damn word, not even when Stewart released a mea culpa in which she repeatedly said she loved Pattinson, like a movie character.

Personal trials and tribulations notwithstanding, the breakup was important for them as actors — it allowed two young artists to inhabit and establish their own narratives, rather than being inextricably fish-hooked to each other’s.

Watching Pattinson in Cosmopolis, David Cronenberg’s almost entirely limo-set adaptation of a minor Don DeLillo work, felt like discovering that one of the white walls in your apartment had turned into a Rothko overnight. Before the film, Pattinson’s job had been to captivate young women — that was why he existed as a public figure. Then, all of a sudden, we learned he could act, and act well, in a pedigreed work, under the instruction of a notoriously insane director.

Part of this success had to do with how right the role in Cosmopolis was for Pattinson at the time; he played a billionaire so disaffected that the world passed by like a silent newsreel, conveyed in the literal panorama of events taking place outside the limousine windows. Cronenberg, the virtuoso of body-horror, took Pattinson as his subject and peeled back the layers of wealth and fame, all while his actor stayed stoic under the scalpel.

So, you’ve made your Cosmopolis, franchise obligations are almost through, and the world is your Per Se reservation. What’s next? For Pattinson, it seemed to be a random and baseless progression of “relationships” that mostly looked to be the wishful thinking of the press. (I interviewed one of those rumored women, Dylan Penn, for GQ, and her response to the Pattinson rumors was basically the side-eye emoji.) But off in the distance, us true heads were trying to keep calm over a film called The Rover. Directed by Animal Kingdom maestro David Michôd, distributed by movie-nerd catnip-purveyor A24, and starring Pattinson alongside Guy Pearce, this would be a gritty, postapocalyptic version of the Australian outback.

While The Rover didn’t quite live up to expectations for a lot of folks, Pattinson’s performance, as a mentally roughed-up little brother who becomes the ward of Pearce’s loner, was definitely something. He drools and yells and sings along to Keri Hilson’s “Pretty Girl Rock,” taking risks he’d never taken before, and even if the risks don’t all hit, there’s enough sheer ambition to give the ability he showed in Cosmopolis an additional dimension.

Now, with Twilight well behind him and bona fides established, Pattinson’s IMDb page reads like the dream journal of an Oberlin film studies major.

Next up is another Cronenberg film, Maps to the Stars, which should be nicely meta-fictional. Then comes a role as T.E. Lawrence in Werner Herzog’s Queen of the Desert — I just fainted at the thought of this, only to be revived by the memory of Herzog getting shot during an interview, then FINISHING THE INTERVIEW. Pattinson also has parts in the new Anton Corbijn and Olivier Assayas efforts, as well as Brady Corbet’s directorial debut. There isn’t an uninteresting choice here — they’re all challenging, creative, and potentially great. And he’s also establishing a personality: Witness him telling Seth Meyers that he has a rap alter ego named Big Tub.

And now you’re a king.