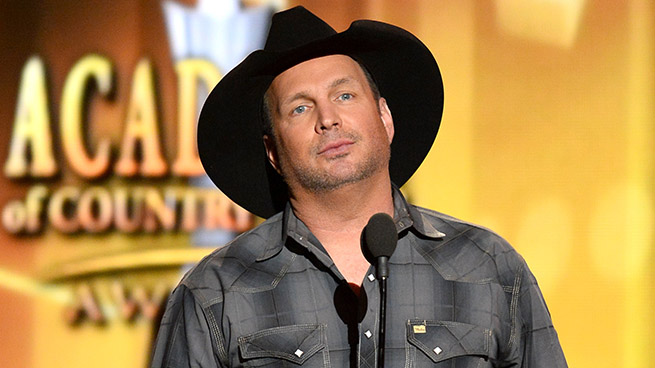 In the heyday of his career, Garth Brooks soared like an eagle to heights unseen by any country star before him. He mainstreamed the idea of adding modern-rock elements to country music, which is now so much part of country’s DNA that we forget it ever wasn’t. He’s the second-best-selling solo artist of all time in the U.S., behind Elvis, according to the Recording Industry Association of America. (In terms of all artists, he is the third-best-selling in the U.S., after Elvis and, at the top of the list, the Beatles.) Brooks retired from music in 2001, citing work-life balance issues, but said in 2011 he would return to touring after all his children were in college. He announced a full-on world tour this year, hyping it with a performance on Jay Leno’s final episode of The Tonight Show.

Things got off to a rocky (re)start when Brooks tried to kick off said tour in Ireland and encountered a roadblock with the Dublin City Council, which green-lighted him to play only three nights at Croke Park Stadium, not the five shows he’d sold out. Rather than back down, Brooks ended up not playing any of the concerts at all. Nevertheless, tickets for his American tour went on sale in late July and sold quickly. And now we have the first single from the Brooksaissance.

Wait, what? Was somebody implying there was a quick fix at the end of a needle? Are we talking about heroin here? Is Garth coming out as anti-vaccination? Or is it some kind of sentiment against tattoos? Don’t think about it too hard; it’s just “People Loving People.”

Now, look, I am a fan of great Garth Brooks songs, of which I can name two off the top of my head (“The Thunder Rolls” and “Friends in Low Places”), so I was actually stoked for the idea of a Brooks comeback. Garth invented the modern crossover-country-star model that Taylor Swift has lately made her own. Dude was a SUPERSTAR of the kind unimaginable in today’s record industry. And striding back onto the stage in your old boots to sing about how things used to be is one of country music’s greatest narratives. So when I heard “People Loving People” for the first time on L.A.’s Go Country 105, I couldn’t help but also hear sad trombones as I realized how crappy it was.

The main complaint about Brooks was that he was boring, the Al Gore of country. “People Loving People” certainly does nothing to deflect that argument; it’s the kind of inspirational pabulum that literally anybody could sing. Which means Garth could be transitioning out of the country market into another still-profitable market it overlaps with: the Christian-music world. Nothing in “People Loving People” is very specific, which is why the needle imagery (so grunge!) stands out amid the mush.

Brooks didn’t write the song, of course. It was written by Lee Miller, Chris Wallin, and a dude named busbee. The intentionally lowercased busbee has written songs for country acts like Lady Antebellum and Rascal Flatts, but also for Shakira, Toni Braxton, and Better Than Ezra. Sadly, this song sounds like none of those things. The bro-country that has dominated the airwaves the last few years (Swift, Miranda Lambert, and a select few others aside) certainly has Brooks in its blood, but is almost unrecognizable from what he’s doing now. “People Loving People” sounds like nothing. It sounds like the opposite of thunder rolling.