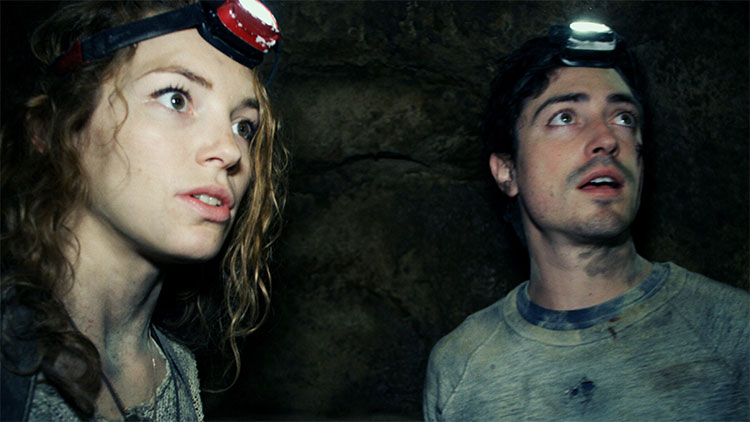 This week, Alex and Wesley try to unpack the theft of images from celebrities’ personal iCloud accounts as a perverse conflation of sexual assault and anti-corporate rebellion. They wind up talking about celebrity, #GamerGate, Islamic fundamentalism, and Revenge of the Nerds.

They move on to the gimmickry of the horror film As Above, So Below and couples-retreat drama The One I Love. Wesley admits to resenting found-footage horror. Alex likes the twist in the twist in The One I Love and Elisabeth Moss’s performance.

And don’t worry: We are very close to choosing our new book. Alex is thorough!

The iCloud Photo Leak
“Racy Jennifer Lawrence photos surface, sparking Internet frenzy amid reports of massive celebrity-photo leak,” Washington Post, August 31, 2014
“Gamergate: the community is eating itself but there should be room for all,” The Guardian, September 2, 2014
“Public Lives, Private Browsing, and the Two-Way Mirror of the Celebrity Hacking Scandal,” Grantland, September 3, 2014
“The Great 2014 Celebrity Nude Photos Leak is only the beginning,” The Guardian, September 4, 2014
Revenge of the Nerds, 1984, plot summary

Filed Under: Grantland Network, Podcasts, Wesley Morris, Alex Pappademas, GamerGate, ISIS, As Above So Below, Revenge of the Nerds

The Rock Is Playing Supervillain Black Adam in the 'Shazam' Movie. So Who's Black Adam?