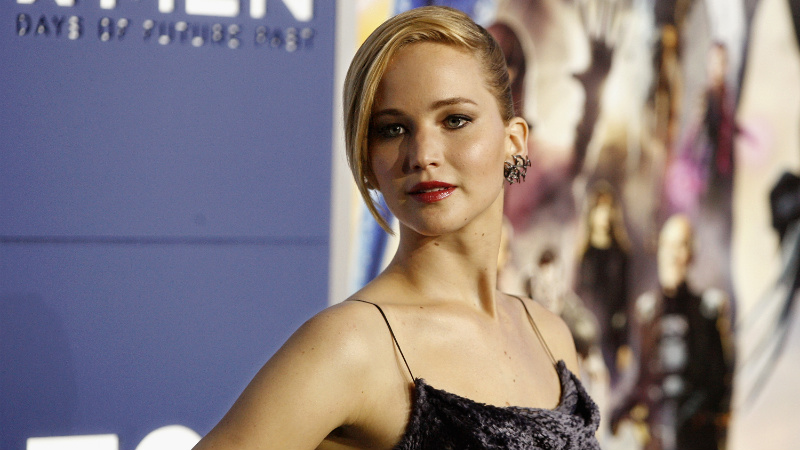 The massive female celebrity nudes leak scandal of 2014 was presaged just days earlier by a smaller tremor. Calum Hood, the bassist in the newly popular boy band 5 Seconds of Summer, admitted that a fully frontal nude Snapchat was, in fact, him. Although his face was obscured in the image, other parts of his anatomy were not. The 18-year-old weathered what has become an unfortunate rite of passage for civilians as well as celebrities in the digital age: learning that there is no such thing as genuine privacy as far as the Internet is concerned. The Hood scandal caused a mini debate over whether the picture had actually been leaked by the 5SoS publicity team to raise the group’s profile. Welcome to 2014, when boy bands can blatantly admit they are fishing for the love (and money) of teenage girls who want to see them naked.

The desire to see public figures naked is older than time, but the ability to make it happen and spread those images worldwide within minutes is only a bit more than a decade old, since the rise of digital cameras for nonprofessional consumers in the early 2000s. The spread of digital photography was fueled by the simultaneous ascent of smartphones. Both things happened so quickly and inexorably that it didn’t feel like we had much time to ruminate on the potential fallout from these new technologies. After all, there were so many upsides: the constant connectivity, the instant gratification. Which, come to think of it, were also the downsides: We were creating a new culture of publicly screen-glued normalcy. Any argument that the path we were heading down was dangerous felt like Luddism. After all, isn’t all technology dangerous? Isn’t that what makes it so sexy?

We take a lot for granted — that our banks protect our credit card info, that our emails are private, that our personal data is not being sold (although it is). But nothing is ever guaranteed on the Internet, and its stability is an illusion to ensure we keep feeding it more information, which has not coincidentally become a function of capitalism. I’ve been reading a lot of blanket suggestions about how humans should proceed if they don’t want their personal information leaked, ranging in practicality from “use stronger passwords” to “never put any personal information anywhere on the web.” The cloud hack1 led to some bigger debates, in which certain idiots made arguments that nobody should ever take nudes, that Lawrence should be proud of her beautiful body and laugh off the whole thing, or that all the women whose photos were hacked had to know on some level that this was a possibility. The only foolproof solutions I’ve come up with are also dystopian nightmare scenarios: Broadcast everyone’s lives 24/7 on the Internet, ban private nudity, migrate human consciousness into desexualized robotic brain-container mechas like Krang.

The Lawrence nudes went viral because of the same impulse that spread with the ISIS beheading video: A morally reprehensible piece of media circulates, and curiosity overwhelms common sense. I looked, because I am an asshole, and I justified it to myself as research for writing this piece (but deep down I knew I was being an asshole). My takeaways were that everyone looked great, that Kate Upton and Justin Verlander are kind of the new Pamela and Tommy Lee for having their cute intimacy (and naked bodies) exposed to the world, and that the world is kind of a terrible place to be female. Women have always had to double-identify to view media, pornographic and otherwise, that is framed for a straight male POV. This was especially clear during this scandal, when it was possible to identify simultaneously with the women in the photos and the anonymous bros thirsting to look at them. At a certain point, a mob mentality kicks in: Everyone else looked at them, why shouldn’t I? They can’t arrest everyone, right? Nothing about the images themselves is degrading to their subjects, just that they were stolen and illegally distributed. And if the ripping-away of consent is a major part of the thrill, well, that I just can’t identify with, because it makes me feel sick.

Even though the web has progressed beyond its image as a haven for social outcasts and adult virgins, there is a very real way in which it remains a conduit for our ids. Human consciousness is compartmentalized by necessity, but the Internet does allow for the relegation of deviant impulses to a specific nonphysical zone, protected by anonymity. But there is no anonymity; it’s as imaginary as the false security you feel while driving in your car, a sense of detached invulnerability that can inspire road rage. Even as a nonbody floating through the web, we are indeed very much traceable to the physical location where the floating gets under way. But it’s the physical bodies that can turn Internet usage into the Milgram experiment. There is no researcher standing behind you intoning, “You have no other choice, you must go on,” but the hive consciousness of the web takes their place. The ease with which morally questionable impulses can be instantly gratified overrides that inner voice that says maybe it’s wrong to do so. There is a feeling that nobody is watching, that all these bad impulses and feelings are plummeting into a garbage disposal or black hole from which they will never return, but that’s a lie we tell ourselves. The Internet is a record, and once information has appeared there, it never really goes away, whether you’re the hacker or the hacked.