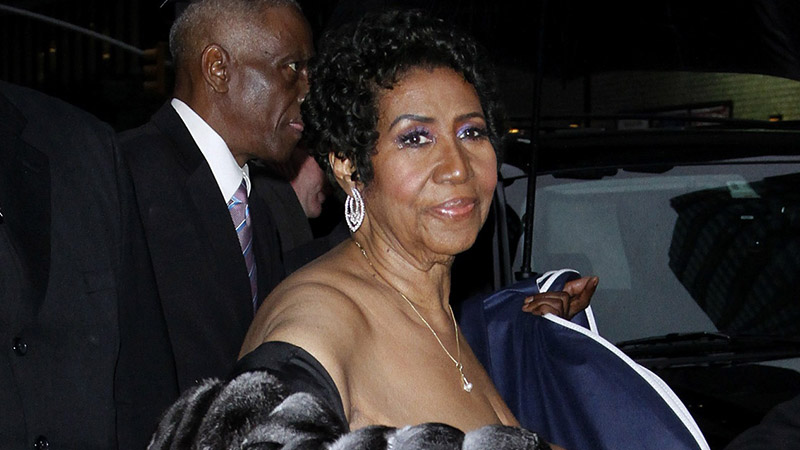 On Monday morning, 58 years into her career, Aretha Franklin released a new song. It’s a cover of Adele’s onetime Earth-dominating “Rolling in the Deep,” from the soon-to-be released album of covers, Aretha Franklin Sings the Great Diva Classics. Does it sound like Adele? No. It sounds like Aretha, which you’d think would be the takeaway — another chapter in Lady Soul’s iconic career of covering iconic songs.

But that wasn’t the immediate takeaway. Because, to reiterate, people have opinions.

Much of the controversy surrounding this release is that Aretha’s voice seems to have been Auto-Tuned during portions of the song. Or if not Auto-Tune, some other form of vocal aide that’s enhancing the sounds coming from the 72-year-old’s mouth. That’s what people want to talk about.

And when people have opinions, people want answers. They want the truth. From Aretha Franklin, Queen of Soul, maker of Amazing Grace. People with Twitter accounts and even access to WordPress-hosted blogs and websites are onto Aretha Franklin, owner of 21 No. 1 R&B singles, winner of 18 Grammy Awards, onetime last-minute stand-in for Luciano Pavarotti.

People also had their gripes and concerns with Aretha’s impromptu cover of “Nessun Dorma.” That it wasn’t operatic enough. Or that it was too soulful. As if Aretha, the woman who once covered Bread, Stephen Stills, the Beatles, Simon & Garfunkel, and Diana Ross in one concert in San Francisco at Fillmore West in 1971 needs our feedback on anything.

Remember what Katt Williams said about haters? Let’s assume he was talking about Aretha’s haters/naysayers/doubters/questioners/people who think they’ve earned the right to address her without asking permission:

You need haters. What the fuck is you complaining about? What the fuck do you think a hater’s job is? To fucking hate. So let them motherfuckers do their goddamn job.

So what did Aretha do? Monday night, she went on Late Show With David Letterman in her little strapless green prom dress, sang her new song with the band and some background singers (Cissy Houston included) and most importantly, for the vocal KGB, did it with no vocal aides.

What a sigh of relief the Aretha Voice Police must have exhaled after seeing this video. “Aretha’s still got it,” they are surely typing to one another over Gchat.

Yes, she’s still got it. It being a voice, it being her divaness, and it being the ability to still pull off the ultimate diva move: covering other artists and making their songs one’s own through the power of one’s voice. A voice that, in Aretha’s case, while not at ’60s, ’70s, ’80s, or late ’90s vocal strength, is still incomparable in that no one else has ever, and will ever, sound like Aretha.