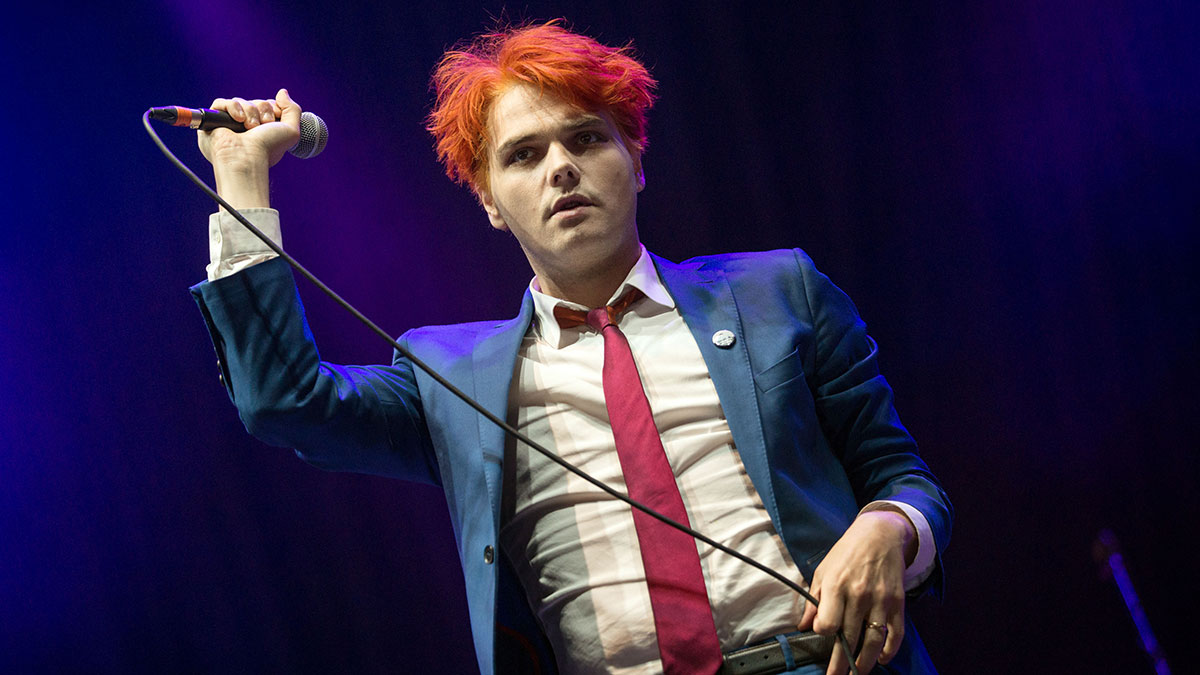 Over the last decade, I’ve interviewed Gerard Way in Brooklyn coffee shops, Niagara Falls hockey arenas, and Milan hotel rooms. But I’ve never seen him happier or more relaxed than he was this summer, when we sat down in the Grantland studio to discuss his debut as a solo artist. Clad in a brand-new blue suit, his hair dyed carrot orange, Gerard came clean about breaking up My Chemical Romance, embracing social media, and getting inspired again by music. Hesitant Alien, Gerard’s first solo album (out today on Warner Bros. Records), is a delightful and deeply weird collection of Britpop-damaged space punk. I thought it sounded like Blur noodling around on old equipment at Douglas Adams’s Restaurant at the End of the Universe until repeated listens convinced me that it doesn’t sound like anything other than itself. This was a fantastic conversation from a kind and creative guy who, 12 years into his career, is still only getting started.

Photo by Ross Gilmore of WireImage