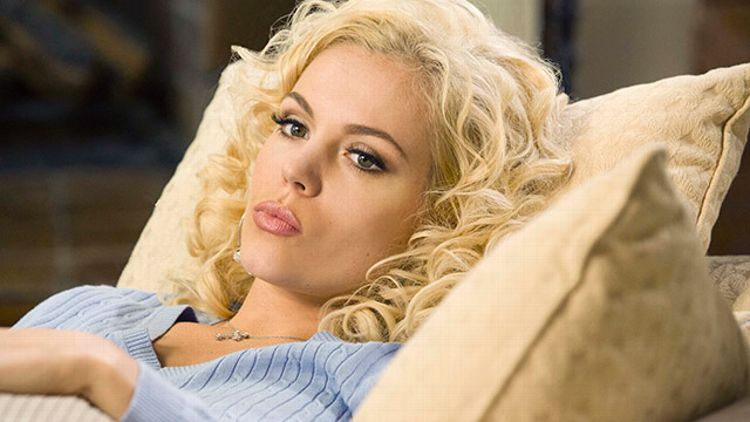 The much-anticipated biopic Anna Nicole, directed by Mary Harron, aired on Lifetime Saturday night and was spectacular. While Harron has called it “an indie version of a TV movie,” it was definitely an iconic Lifetime movie through and through. It had the trademark Lifetime movie blend of melodrama and camp, following in the tradition of classics like For the Love of Nancy, Friends ‘Til the End, and Mother, May I Sleep With Danger? It definitely wasn’t on the same astonishing level as HBO’s Behind the Candelabra, but compared to Liz & Dick, it was Citizen Kane.

Harron admitted it was difficult to sanitize Anna Nicole’s story for basic cable, since nudity is so vital to the story, but she gave it a valiant try. Sure, we’ll always fantasize about what might have been had the movie been on premium cable instead, but it was also strangely mesmerizing to be repeatedly denied a full glimpse of Anna’s enhanced assets. Harron directed The Notorious Bettie Page, I Shot Andy Warhol, and Kanye West’s favorite movie, American Psycho, all of which skillfully and entertainingly explore the idea of human beings as exploitable objects, with a particularly American slant. Anna Nicole tries to wedge some ideas about the brutality of fame into its three-act rise-and-fall structure, to mixed results. But just like its oddly charming heroine, it always strives for something more.

Anna Nicole is full of goofy highlights, like a training montage that sees her go from terrible at stripping to, with the aid of huge implants (prosthetics on lead actress Agnes Bruckner), really incredible at it. With a Marilyn-style makeover into a chesty platinum siren, Anna Nicole is suddenly catnip to all men. It’s The Great Gatsby for flat-chested girls. In showcasing the darker side of fame and notoriety, Valley of the Dolls–type genre tropes abound. Re-creations of Anna’s early glamorous photo shoots for Guess and Playboy are contrasted with later, seedier ones. She falls victim to the quicksand allure of pills and champagne. Her personal life suffers for her celebrity, but her upbringing was never really rosy to begin with.

Virginia Madsen, Martin Landau, and Cary Elwes turn in top-notch performances as Anna’s tough-shit mother, ancient billionaire husband, and hateful stepson-in-law, respectively. Adam Goldberg plays Anna’s weaselly lawyer Howard K. Stern in an inspired piece of casting, and Goldberg really nails the ickiness of Stern’s relationship with Anna. While Bruckner is good in the role of Anna Nicole, re-creating the strange magic of the real woman is a hopeless task. She makes a valiant attempt.

The scene in which Anna first starts to lose control on a press tour, ending in a glass-elevator makeout session with a female stranger that her young son walks in on, are thrilling and Showgirls-y. The third act sees Anna humiliated through addiction, tragedies, and a reality show. A scene near the end re-creates a particularly horrifying incident in Anna Nicole lore, a leaked video where a dazed and pregnant Anna applies clown makeup and mothers a fake baby doll. Unfortunately for Anna Nicole, even the most perfect re-creation of this moment can never be as poignant as the actual heartbreaking clip. Anna Nicole has Anna reveling in negative attention, exclaiming the immediately quotable line “I AM NOTICED!” You don’t have to be Patrick Bateman to know the ax is immediately going to come down on her head.

The “Rosebud” that spurs the neglected brunette child Vickie Lynn Hogan to fantasize about becoming busty adult woman Anna Nicole is a copy of Playboy magazine with a pictorial of Marilyn Monroe. Coincidentally, this week saw the death of photographer Bert Stern, who took the famous “Last Sitting” nude photo shoot of Marilyn Monroe just before her death. Anna Nicole makes multiple visual references to Monroe throughout, drawing the parallels between the two tragic blonde sex symbols.

Bert Stern was a totally fascinating person, a real-life Mad Men character. A Brooklyn Jew, he dropped out of high school to work in the mail room of Look magazine, then became the art director at another magazine where he learned photography. He shot portraits for ad agencies. His first gig was a genre-revolutionizing vodka ad for a Madison Avenue firm. He worked on Stanley Kubrick’s Lolita and shot the famous publicity stills of starlet Sue Lyon. The studio was scared of courting too much controversy with Lolita; though she had been aged up from 12 to 16, it was still 1962 and 16 was still outrageous. But Bert Stern was the one who purchased the iconic heart-shaped sunglasses and put them on Lyon for the shoot, ending up with the infamous image of Lyon tipping her shades with a lollipop. Like Anna Nicole, Stern was instrumental in the creation of iconic, massively reproduced erotic images that froze a certain time period’s sexuality forever in amber.