‘All Me’: Let’s Evaluate Drake’s Claims That He Did It All Himself 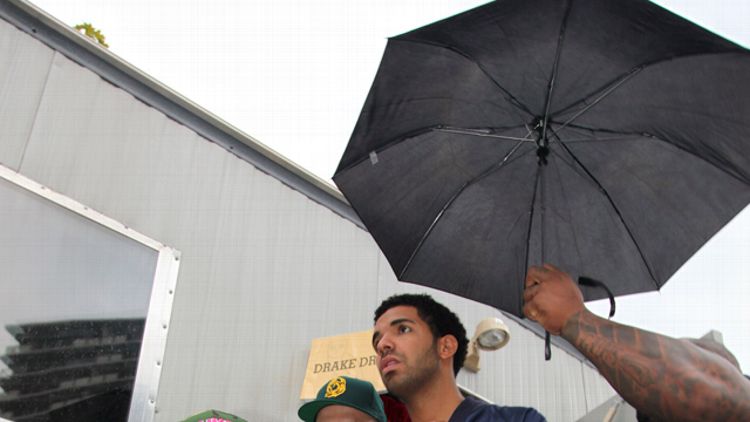 So far, helpfully, each iteration of Drake has had a clear and distinct through-line. In the first round, tracing roughly from his mixtape So Far Gone to his proper debut Thank Me Later, it was Drake as a broken-hearted oversharer, all tears, regret, raw nerve endings, and feelings. With Take Care and the next go-around, the feelings were still there, but they were less romantic, more existential: This was Drizzy, newly famous man, figuring out who he was and who he wanted to be. Now, with the upcoming Nothing Was the Same (out September 17), comes Round 3. This time, he’s obsessed with charting the rise; it’s Drake as autobiographer. And if there’s one thing he wants us to take away when this is all said and done, it’s this: He did this shit himself.

On “All Me,” the Big Sean and 2 Chainz–featuring cut he released last night, Drizzy hammers home on the party line. But how valid and thorough are his claims of fiercely independent self-actualization? Let’s investigate!

“These bitches gotta start paying me for this,” announces the voice of Aziz Ansari, in character. “Can’t get no more free Randy!” And we’re off: Drake’s got everything. How much of everything? “I don’t even know how much I really made, I forgot. It’s a lot.” He doesn’t know how much money he has? Because he forgot? You know what that means? He’s doing his own accounting! Otherwise, presumably, he could just call his accountant and ask how much money he has. Taking care of the very minutiae of your own finances? Very, very impressive. +5 Independent Spirit Awards

“Came up, that’s all me / stay true, that’s all me / No help, that’s all me, all me for real.” We could, of course, quibble here. All me? What of your good friend and producer, Noah “40” Shebib, who helped craft your trademark sound? What of your mentor Lil Wayne, who put you on? I mean, what about the guy who used to deliver your pad see ew? But the point is taken: Drake was not fashioned, à la One Direction or the Pillsbury Dough Boy, by higher forces; he is, for the most part, self-made.

Undercutting the message, though? Immediately going into a verse by a person who is, very clearly, not Drake. It’s a wash: + 0 Independent Spirit Awards

Skipping ahead to the second verse: “I touched down at ’86 / Knew I was a man by the age of 6 / I even fucked the girl that used to babysit / but that was years later on some crazy shit.” Can’t fact-check the specifics here, but the claim is believable, and impressive. Years after she watched him to make sure he didn’t eat his crayons, Drake went back, found his babysitter, and made love to her? I mean, just the amount of social-media stalking that was presumably required to find her is an impressive enough example of self-motivation. +10 Independent Spirit Awards

“Should I listen to everybody or myself? / Cause myself just told myself / You’re the motherfuckin’ man, you don’t need no help!” Having conversations with yourself, specifically about how you should continue living your life free of outside opinion? Meta-self-reliance! +20 Independent Spirit Awards

Third verse: Big Sean. Reminder: This song is called “All Me.” Look, I get letting 2 Chainz on. It’s 2 Chainz. Who could say no to 2 Chainz? Even if the track was called “All Me, Meaning Specifically No One Else, Even If That Other Person Is 2 Chainz,” I wouldn’t argue with the presence of 2 Chainz. But Big Sean? You couldn’t resist not inviting Big Sean? I’m sorry, I have to do this: -10 Independent Spirit Awards

In the fourth verse, Drake returns. He brags of bedding women from Miami, of planning a triptych of visits to the celebrated King of Diamonds cabaret, of ripping blunts wherever the damn hell he pleases. And then, in one brief moment, he encapsulates the supreme mentality that explains to us all what true self-reliance is all about: “Tell the truth, I don’t listen to you / ‘Cause I don’t like being lied to.” Truth = independence = beauty = immortality = Drake. + Infinity Independent Spirit Awards