Alexander “Sasha” Shulgin, the chemist known as the “godfather of psychedelics,” died June 2 at the age of 88. Shulgin created and synthesized 230 psychoactive substances during his life, cataloguing his work in two books: PiHKAL: A Chemical Love Story (Phenethylamines I Have Known and Loved) and the sequel TiHKAL (Tryptamines I Have Known and Loved). PiHKAL (1991) consists of two parts — an autobiographical account of Shulgin and his wife Ann’s romance, followed by detailed directions on how to synthesize a couple hundred psychedelic compounds. Sasha and Ann tested each chemical derivative, and in the book they catalogue the qualitative effects they experienced while bioassaying themselves, along with explaining the scientific process he used to arrive at each particular compound. Shulgin discovered and synthesized compounds like DOM (1963) and 2C-B (1974). PiHKAL contains categories like “Essential Amphetamines” and the “Magical Half-Dozen.” The books have been reproduced endlessly online. To date, PiHKAL and TiHKAL are the chemist’s equivalent of Julia Child’s Mastering the Art of French Cooking. 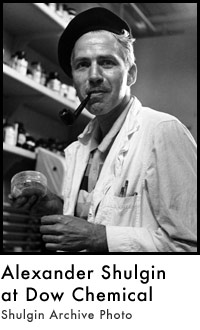 Shulgin grew up in Berkeley, California, the son of two public school teachers. He got a scholarship to Harvard at the age of 16 and attended to study organic chemistry. He dropped out to join the Navy, then returned to Berkeley and got a PhD in biochemistry from the University of California there. After doing more postdoctoral work in psychiatry and pharmacology, he began working for Dow Chemical Company as a research chemist in the late ’50s. His first serious psychedelic experiences came via mescaline, which taught him that “the entire universe is contained in the mind” and that chemicals could help “catalyze its availability.” In exchange for his creation of a biodegradable pesticide called Zectran, Dow Chemical funded Shulgin’s work, with the understanding that he would continue to patent new drugs for them, which he did until 1966. He studied neurology, built a home lab dubbed “The Farm” in Lafayette, California, and taught college classes around the San Francisco area. He became a private consultant for the DEA, teaching its agents how to recognize illegal substances by their chemical makeup. He wrote the DEA manual on controlled substitutes in 1988, and in exchange the DEA gave him a Schedule I license for The Farm, which meant he was allowed to synthesize illegal drugs. In 1994, two years after PiHKAL was published, the DEA raided The Farm and fined Shulgin $25,000, claiming he had violated the terms of the license. San Francisco DEA field division spokesman Richard Meyer called PiHKAL and TiHKAL “pretty much cookbooks on how to make illegal drugs” and said the books had been found in illegal labs. 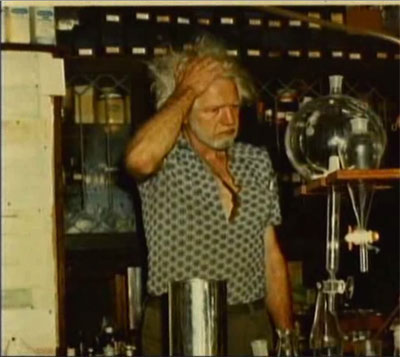 Shulgin is also credited with introducing MDMA into the mainstream, based on a tip from one of his grad students. MDMA was created accidentally in 1912 by the Merck company during an attempt to make drugs to stop abnormal bleeding. In the ’50s, the United States Army experimented with the effects of mescaline and analogues like MDMA on subjects. When the program was declassified and its documents published in 1973, it was revealed that MDMA was one of the interrogation drugs deployed during the classified CIA mind-control program MKUltra. Shulgin claimed his grad students hipped him to the recreational use of MDMA in 1976, at which point he tried it himself. He and chemist David E. Nichols wrote the first published report on the drug, describing it as an “altered state of consciousness with emotional and sensual overtones.” Shulgin became an advocate for the drug, developing an entirely new process for synthesizing it, and introduced it to a psychotherapist friend. Experimental psychotherapists gave patients MDMA in clinical sessions, believing it freed up patients to communicate without inhibitions. By the early ’80s, MDMA had attained its current reputation as a club and party drug, gaining traction with early adopters in Ibiza, Spain, and then spreading around the world. 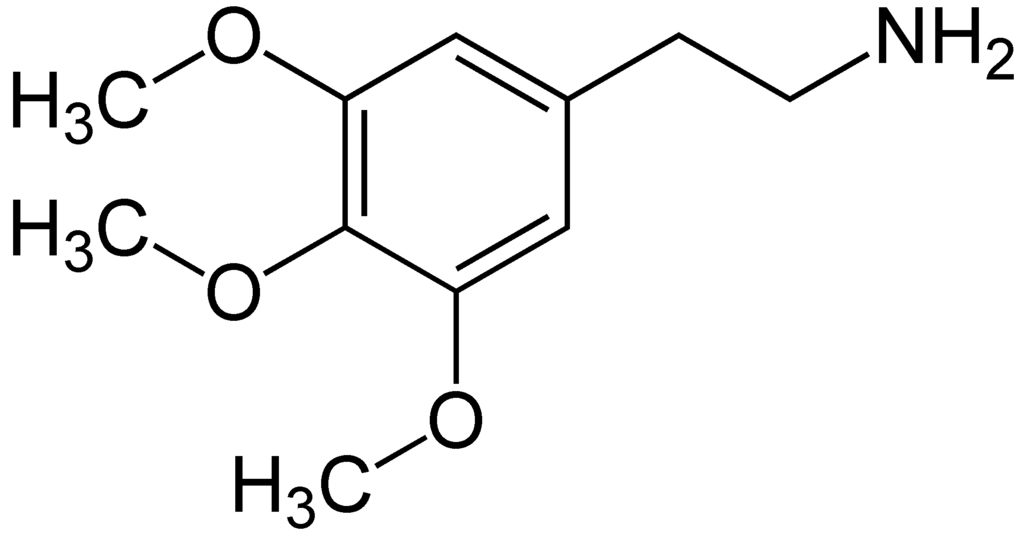 Shulgin’s writing about chemistry and his entheogenic experiences is incredibly beautiful. (The parts of PiHKAL about falling and being in love with his wife are also very nice.) He wrote poetically, taking the idealistic view of psychedelics — that they are portals to a deeper understanding of human consciousness. Shulgin respected the chemicals and their compounds. Self-administered doses were titrated slowly, so he could observe the different effects at each level of dosage. He invented the Shulgin Rating Scale as a scientific measurement of psychoactive experiences. He did not love every drug he took. Some he deemed duds, and even some of those he liked best induced vomiting or extreme paranoia. He advocated responsible use throughout his books — “Use them with care,” he advised of the substances he studied. The qualitative comments are the best part of the works, containing sentences like “Food tasted wonderful.” His attempts to describe the deeper side of ineffable experiences are fascinating. He used the term “at full sparkle” to describe the peak of a trip, and tested psychedelics at locations like the Stanford Museum and the Mystery Spot in Santa Cruz. You don’t have to be on psychedelics to appreciate his writing. The books are a fascinating document on their own, a genius’s autobiography. 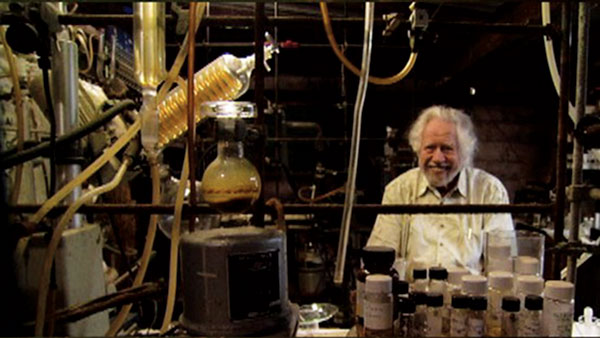 He attempted to map with language the landscapes that existed in his mind. While on 24 milligrams of the psychedelic 2C-B, he wrote: “I am totally into my body. I am aware of every muscle and nerve in my body. The night is extraordinary — moon full. Unbelievably erotic, quiet and exquisite, almost unbearable. I cannot begin to unravel the imagery that imposes itself during the finding of an orgasm. Trying to understand physical/spiritual merging in nature — ” That is the root of Shulgin’s quest: attempting to understand why the earth contains the tools to make these compounds, looking to find the link between the scientific and the transcendental. In one review, he talks about reading an Alan Watts book while tripping. Shulgin was an explorer of the limits of chemistry and the boundaries of human consciousness. A prolific chemical pioneer and lifelong advocate for information transparency, he quietly influenced the entire second half of the 20th century. Reading his work, you feel Shulgin’s sense of the possibilities of the grander universe, and his urgency to experience the full potential of life on earth. “How long will this last, this delicious feeling of being alive, of having penetrated the veil which hides beauty and the wonders of celestial vistas? It doesn’t matter, as there can be nothing but gratitude for even a glimpse of what exists for those who can become open to it.”

The Wachowskis' 'Jupiter Ascending' Just Got Bumped to Next Year