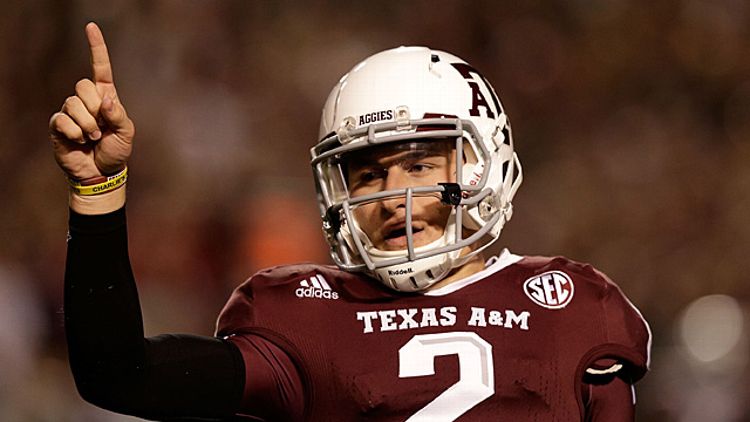 Exactly how much is Manziel worth? Seven points per game is the consensus Las Vegas opinion. Keep in mind that each game is different — specifically, an elite player is worth more against an elite team. And each situation is different — for example, consider the quality of the player’s backup. Old-timers recall the most extreme example of this: How many points was Joe Montana, perhaps the best quarterback ever, worth? Not many when backed up by Steve Young. By the way, Manziel’s backup, Matt Joeckel, has thrown only 11 passes in his college career. On the other hand, as pro bettor Bryan Leonard notes, Manziel himself entered last season expected to be nothing more than a backup.

As of Tuesday morning, Johnny Manziel has a 33 percent chance of not playing at all in 2013, based on odds from online sportsbook 5 Dimes. If he doesn’t play, Texas A&M’s projected regular-season wins would drop from 9.5 down to 7, according to William Hill bookmaker Jimmy Vaccaro. No less than a needle in the balloon for the team that has been bet more than any other to win the BCS title.

Yes, quarterbacks rule. Golden Nugget’s Aaron Kessler says the best non-QBs in college football are worth no more than three points — and all-world defensive player Jadeveon Clowney is worth only two points. Dads, you owe it to your sons to hang that tire target in the backyard.