Zadie Smith Asks: Do You Fools Listen to Jay-Z’s Music, or Do You Just Skim Through It? 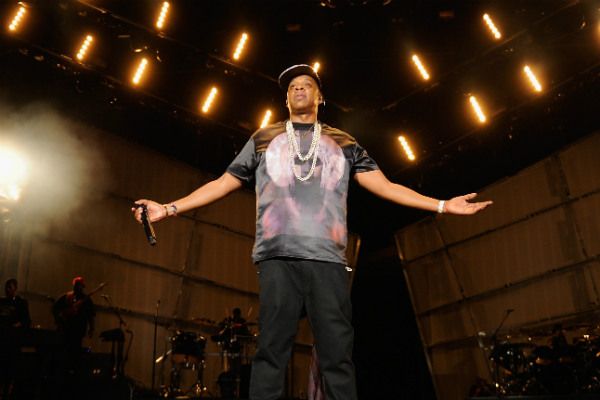 This fall is littered with new books by and about populist lit heavyweights: Michael Chabon’s Telegraph Road, Junot Diaz’s This Is How You Lose Her, D.T. Max’s David Foster Wallace biography Every Love Story Is a Ghost Story. And right along at the top of the crop is NW, the first new novel from Zadie Smith in seven years. But a new book isn’t the only thing Smith is dropping on us this month. Somewhere between her surely hectic promotion schedule and active social life (I’m picturing a lot of hoity-toity dinner parties where Jeffrey Eugenides gets big laughs with obscure references to Paris Review cover illustrations), Zadie found time to profile Jay-Z for the New York Times style publication T Magazine.

Yes, this is the billionth Jay-Z profile. But this one’s different. And that’s because, throughout the course of the piece, during which Zadie and Jay pal around over fish sandwiches, one thing is made abundantly clear. Zadie Smith isn’t just a massively popular high-brow author; she’s also a well-versed Jay-Z superfan. How delightful to learn! Now, let’s analyze Ms. Smith’s flexing of her Hova bona fides.

Zadie kicks things off by breaking down her subject’s audience:

In one corner you have your hard-core hip-hop heads; the type for whom the true Jay-Z will forever be that gifted 25-year-old with rapid-fire flow, trading verses with the visionary teenager Big L — “I’m so ahead of my time, my parents haven’t met yet!” — on a “rare” (easily dug up on YouTube) seven-minute freestyle from 1995. Meanwhile, over here stands the pop-rap fan. She loves the Jiggaman with his passion for the Empire State Building and bold claims to “Run This Town.”

Guess what corner Zadie’s in?! Subtly scoffing at you “pop-rap” Johnny-come-latelies, Smith directs our attention to a pre–Reasonable Doubt freestyle that, yeah, sure, is on YouTube now but sure wasn’t back in the ’90s, when she was, we assume, swapping tapes with the other rap nerds. Plus, she insinuates, get her in a room two deep on Chardonnay and she’ll chew your goddamn ear off about how sickly underrated Lifestylez ov da Poor & Dangerous is.

OK, then there’s this:

And now that rap’s reached this unprecedented level of cultural acceptance, maybe we’re finally free to celebrate the form without needing to continually defend it. Say that I’m foolish I only talk about jewels/Do you fools listen to music or do you just skim through it? He’s not so sure.

Points deducted for dropping the word motherfuckas off the beginning of that line, but that’s probably the work of some nefarious T Magazine copy editor. Points awarded for quoting the opening of “Renegade,” context-free, like we all should immediately know exactly what she’s referencing.

Life stories told through rap/N—-s actin’ like I sold you crack/Like I told you sell drugs, no, Hov’ did that/So hopefully you won’t have to go through that. But can’t a rapper insist, like other artists, on a fictional reality, in which he is somehow still on the corner, despite occupying the penthouse suite? Out hustlin’, same clothes for days/I’ll never change, I’m too stuck in my ways.

Ah, gotta deduct points here for real — first line is from “Izzo,” so, kind of obvious. Second line, from “Never Change,” is actually rapped, on the chorus, by an uncredited Kanye West.

But speaking of “Renegade” … later in the piece:

Biggie had better boasts, Tupac dropped more knowledge, Eminem is — as “Renegade” demonstrated — more formally dexterous. But Hova’s the all-rounder. His albums are showrooms of hip-hop, displaying the various possibilities of the form. The persona is cool, calm, almost frustratingly self-controlled: “Yeah, 50 Cent told me that one time. He said: ‘You got me looking like Barksdale … and you get to be Stringer Bell!”

Yes, Zadie Smith ascribes to the Nas-suggested, rap-nerd accepted opinion that, on “Renegade,” Eminem murdered Jay-Z on his own shit.

Jay-Z started out pyrotechnical. Extremely fast, stacked, dense. But time passed and his flow got slower, opened up. Why? ‘I didn’t have enough life experience, so … I was trying to impress technically. To do things that other people cannot do. Like, you can’t do this’ — insert beat-box and simultaneous freestyle here — “you just can’t do that.” Nope. Can’t even think of a notation to demonstrate what he just did.

Just some good geeking-out right here. Wish we could all hear that simultaneous beat-box/freestyle thing though :(

At times he restricts himself formally, like the Oulipo, that experimental French literary group of the 1960s. In the song “22 Two’s,” from 1996, we get 22 delicious plays on the words “too” and “two.” Ten years later, the sequel, “44 Fours,” has the same conceit, stepped up a gear.

In the years since his masterpiece “Reasonable Doubt,” the rapper has often been accused of running on empty, too distant now from what once made him real.

Wow. Even the staunchest of “Jay-Z got lame after the nineties” proponents wouldn’t go so far as to eliminate all of his post–Reasonable Doubt output. Zadie Smith, clearly, is more hard-core than you.

At the last minute, I remembered to ask after his family, “Oh, my family’s amazing.” And the baby? “She’s four months.” Marcy raised me, and whether right or wrong/Streets gave me all I write in the song.

What’s that? Blue Ivy looking adorable in ear-protecting blue headphones? Oh pffft — Zadie Smith almost forgot to ask all about that! Too busy bumping The Blueprint. On repeat. All day, every day. Let’s ride out.

Fall TV Preview: Hapless NBC Still Stumbling Around Like a Peacock With Its Head Cut Off