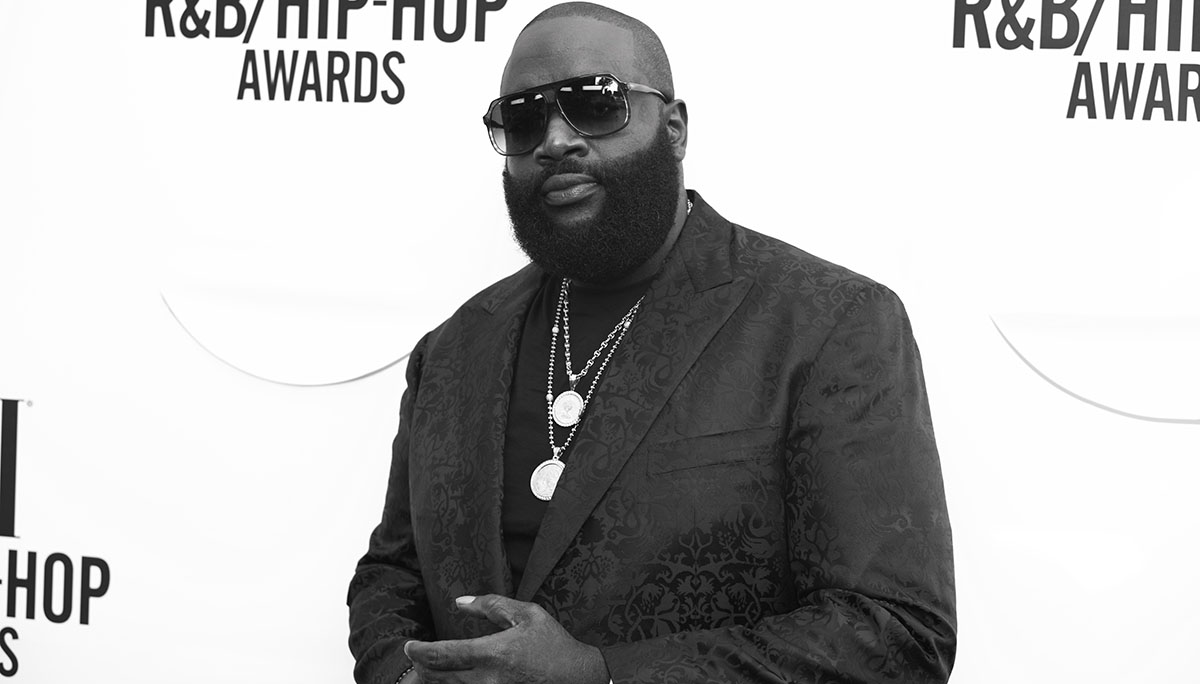 Rick Ross is kind of like a squirrel. Just ask Kenny Bartolomei, one-third of the production team J.U.S.T.I.C.E. League, which has essentially served as Ross’s personal sonic-architecture firm since his 2008 album Trilla. “Ross has been storing his acorns for winter, so to speak,” Bartolomei says. “Motherfuckers got too comfortable. He sounds hungry on this project.”

The project in question is the mixtape Black Dollar, released earlier this month to fairly positive reviews, if not the fanfare once reserved for a Ross album. Following a year in which he released two lackluster albums — the turgid Mastermind and the drab, forgettable Hood Billionaire — Black Dollar qualifies as a categorical success and bodes well for his next album, which Bartolomei promises will be “a real kick in the ass.”

Of course, that’s mostly a reflection of how far Ross has fallen from his 2009 to 2012 peak, when he willed himself to rap superstardom with a keen combination of big-budget maximalism, savvy guest verses, and a meta defiance of truth in rap. The revelation that the self-proclaimed cocaine kingpin had once worked as a corrections officer — which could have easily been a career-killer given hip-hop’s deification of street cred — emboldened him to shed all pretense of authenticity and embrace crime-novel fabulism, ushering in a post-realness era in mainstream rap.

During this period, Ross was ubiquitous on the radio, and his patently absurd boasts (“I think I’m Big Meech!”) allowed listeners to imagine that they, too, were ultra-powerful drug dealers leading lavish lifestyles in Miami. Listening to Deeper Than Rap, Teflon Don, or the underrated Ashes to Ashes was no different than watching a Martin Scorsese film or playing Grand Theft Auto. It was escapism, pure and simple, intended to serve as an R-rated diversion from the tedium of everyday life. Ross may have been playing a character, but it was a damn entertaining character.

Somewhere between 2012’s Rich Forever and God Forgives, I Don’t, however, Ross’s Tony Montana shtick grew stale. Ian Cohen summed it up when he wrote that Ross had become “too good at being fake.” At the peak of his powers, Ross’s lyrics were cryptically vague, allowing for a wide range of interpretations. But by Hood Billionaire, his once charming brand of absurdity had curdled. 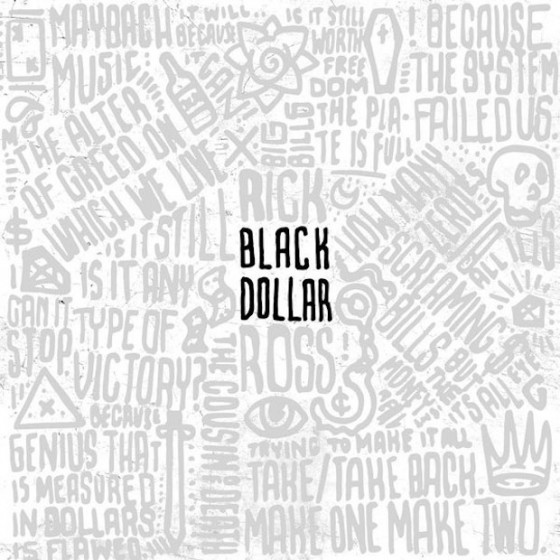 It took some time for Ross to realize this. In fact, it has seemed like he never would, which is why Black Dollar is such a pleasant surprise. And what’s most heartening about the 17-track mixtape is that Ross seems to have reversed his played-out Jordan Belfort braggadocio, opting instead to apply his exaggerative tendencies to concepts like failure, loss, and (gasp!) not owning a huge mansion. Not coincidentally, this radical (if simple) shift in perspective has lent a renewed vigor to Ross’s music.

This is most apparent on “Foreclosures,” the standout opener wherein Ross laments having gone broke, lost all his possessions, and not received a courtesy Twitter follow from a longtime friend. Of course, it’s entirely fictional — at least the parts about him not being rich — but he applies the same imagined ideas of reality as he did when boasting on songs like “Aston Martin Music.” And isn’t that all we want from a Rick Ross song?

“‘Foreclosures’ comes from a really real place,” insists Bartolomei, who produced the song with fellow J.U.S.T.I.C.E. League members Erik “Rook” Ortiz and Kevin “Colione” Crowe, as well as Jason “8 Bars” Carr. “He may not be talking about his own life experiences, but he pays close attention to the streets and sees the common struggle. So it’s real to him.”

Moreover, the production mirrors the subject matter. “The whole tape — and ‘Foreclosures’ especially — has a certain grit to it,” says Bartolomei. “Ross is getting back to true hip-hop. It’s a very refreshing sound.”

The massive Pro Tools–abetted sound that dominated hip-hop during Ross’s heyday — seen in the work of producers like Lex Luger and Drumma Boy — has largely been supplanted by the baroque, minimalist beats of DJ Mustard and seemingly every producer in Atlanta. Black Dollar isn’t minimalist — we’re talking about Rick Ross, after all — but it is scaled down. The result is the grimiest, starkest music he’s ever made.

“I can’t speak for Ross, but it seems like he’s going towards deeper lyrical content,” 8 Bars says. “Because the game is starting to get more receptive to lyrical artists like Kendrick Lamar and J. Cole, we’re seeing guys like Ross — who were in the game back when it was all about party music — become more lyrical.”

Black Dollar is largely a testament to balling on a budget. On “Bill Gates,” Ross is more small-business owner than billionaire software tycoon, fantasizing about owning “Wingstops on every corner.” On “We Gon Make It,” he offers inspiration to those with “no power in December.” Because this is a Rick Ross mixtape, there is the occasional boast about taking up polo or his extensive designer shoe collection — but these are Black Dollar’s dullest moments.

Could this signal a permanent change for Ross, or is it merely a cynical gambit in a changing landscape? Is he still a Philippe Chow–obsessed maximalist, or could there be a Wingstop on every corner? Rook is at least optimistic about the latter. “It’s quite possible,” he says. “Ross is an influential man. They just gotta cook the wings faster.”