Q&A: Have You Noticed a Really Sad, Creepy Cover Song in a Trailer Recently? Nouela May Have Done It 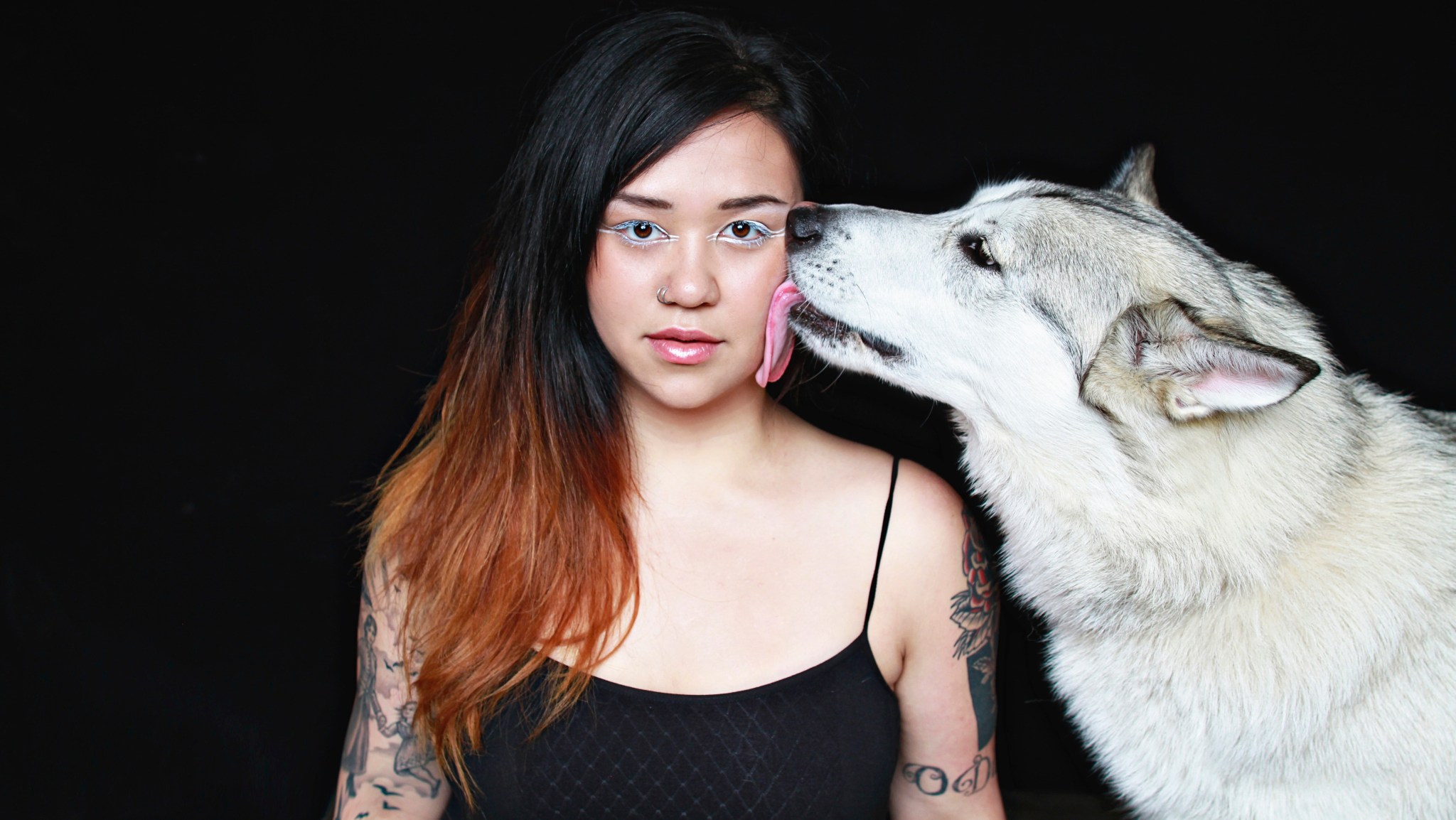 So you’re going about your day, distracting yourself with a trailer of Melisandre burning non-believers on a beach or a troubled Ben Affleck searching for his missing wife, when you think to yourself, Wait, I know this song playing in the background, but something about it sounds …different, sadder, more conducive to images of rooms catching fire in slow motion. Then you realize that the soulful, grandiose cover of “Shine On You Crazy Diamond” you’re hearing actually kinda makes you want to see an underworld thriller starring Colin Farrell and Terrence Howard, even when the year is 2013 and not 2005.

Recently there has been a deluge of trailers for films and TV shows that feature a more somber cover version of a famous song. HBO seems to be specializing in it, soundtracking Game of Thrones promos with the aforementioned Grouplove version of INXS’s “Devil Inside” and the Everlove’s take on Siouxsie & the Banshees’ “Cities in Dust” (which also appeared in a trailer for the Transformers: Fall of Cybertron video game), as well as one for The Leftovers featuring the Kills’ tribute to Fleetwood Mac’s “Dreams.” The trailer for Birdman, from notorious sads-provider Alejandro González Iñárritu, even has Gnarls Barkley doing a stormier take on their own hit “Crazy.” Corporations have been getting in on this movement, too, with Fiona Apple sulking her way through “Pure Imagination” for Chipotle’s animated short film/commercial “The Scarecrow” and a stripped-down take on the campy 1970s cut “Born to Be Alive” appearing in a recent Allstate ad (no matter that it actually makes you want to harm yourself).

One person who has found herself in the middle of this weird trend is Nouela. In the past few months, the relatively obscure singer had two spooky covers appear in this capacity, with her version of Soundgarden’s “Black Hole Sun” showing up in the trailer for Liam Neeson’s latest revenge flick, A Walk Among the Tombstones, and her singing Simon & Garfunkel’s “The Sound of Silence” being featured in one of the later promos for The Leftovers. She has made both songs available for free download on her Bandcamp page. Nouela spoke on the phone from her place in Seattle about how the two songs ended up in trailers and how these placements have affected her career.

Did you record the songs that were used in the trailers beforehand, or were they recorded specifically for the trailers?

I didn’t record those songs for those trailers. My manager asked me to do a couple covers. I didn’t necessarily know exactly what they were for, but I always love doing little projects like that. I recorded those two songs; of course I’ve known them my entire life, so I just did them in my apartment in Seattle. Then they asked me if they could use them for those trailers a few months later. For a long time they were just in the ether doing nothing.

So your manager thought if you recorded them, there was something that could be done with them?

He was in talks with a company that places music in trailers, and one of the songs [“The Sound of Silence”] was their suggestion. “Black Hole Sun” was his suggestion. He thought it would sound cool and creepy.

Had you recorded a lot of covers before this? Do you do them live?

No, not really. I do fun little shows around Seattle where it might be Disney Night or David Bowie Night, but I’ve never recorded a cover to be released.

If those two songs were suggested by other people, what was your relationship with them?

Click here for all of our interviews with fascinating people from the worlds of sports and pop culture.
“Black Hole Sun,” I’ve always thought it was a beautiful song. I’ve always found an emotional aspect to it that apparently doesn’t exist. I was researching it before I covered it and I found a lot of interviews where [Soundgarden frontman] Chris Cornell said he was just throwing words out there and it didn’t necessarily mean that much to him. It turned into a super interesting project for me to take those words and try to put as much emotion in them as possible and decide that the words mean this thing to me and then try to portray that through my cover.

Those are not happy songs, and you’ve managed to make them even darker and creepier.

My own music is pretty dark and creepy. Not that I go out trying to write a dark or creepy album, but I think that’s probably why those songs work so well. My brain just tends to do well with songs like that.

Were you surprised to see them in the trailers?

Seeing it in a trailer was shocking. I’ve never heard my voice on that scale before. I’ve done little things here and there for things like cell phones, but to see Liam Neeson kicking the crap out of people with me singing in the background was pretty great.

Have you gone to see it in an actual theater?

I haven’t yet, but that is the plan. I gotta go do that soon. I wish I had a theater “in” so someone would tell me exactly what movie it’s playing in front of.

Why do you think the people making these trailers keep using cover versions of songs?

A pretty effective way to get people to see a song in a new light is to have someone else cover it, and all the songs they’ve chosen so far are pretty classic, almost iconic, songs. “The Sound of Silence” is a pretty amazing song, but it’s a pretty depressing song when you sit down and listen to the lyrics. People take it for granted. I always knew that song was beautiful, but I never sat down and really made myself really internalize all the lyrics and all of the phrasing and the way they sing it until they asked me to cover it. And when people hear that song sung by someone else in a completely different way, it brings it alive. It makes them listen to it in a new way as well.

So if you’re watching a trailer and you hear a song that sounds familiar, but there’s something different about it, maybe your mind is more aware and you’re taking more in. I don’t know how it works psychologically.

It’s like you get a little slap in the brain, like, This is a song you know, listen better. And if it’s set to a heartbreaking premise like The Leftovers, all those visuals do stick in your head a little bit more. I totally see how that works.

With both of the songs getting placements, does this make you inclined to cover more songs?

It doesn’t necessarily motivate me to do more covers, but it motivates me to do more slow, acoustic piano things. That’s honestly something that I never thought was my strong suit. I’ve been in punk bands and I like singing loud and in your face-y, but I’m not that used to relaxing and singing a quiet song. This has taught me that I really like doing that.

How has this affected you professionally?

Mainly it’s affected the number of my Twitter and Facebook followers, which is pretty great. I’ve had a few offers to sing on other people’s records. For the most part, it hasn’t been a big-shot thing, but I haven’t heard myself in a movie theater yet, so maybe I’ll feel like more of a rock star when that happens.

Have you seen the video on YouTube of your “The Sound of Silence” cover soundtracking black-and-white footage of mostly male movie stars sobbing?

Yes! Of course! That is the weirdest thing ever! Have you seen it?

At first I was like, What the hell is this? Do I have to talk to someone? Then I almost got teary-eyed halfway through because it was just so over-the-top. But the terrifying thing is that a couple people thought that was the official music video. Did you cry?

But you wanted to almost a little?

I felt it. It’s intense.

'Fargo' Is Getting a Second Season, and 'Louie' Will Be Back in the Spring