Comedy of Errors: ‘Ballers’ and ‘The Brink’ Aren’t Good — But Does That Really Matter for HBO? 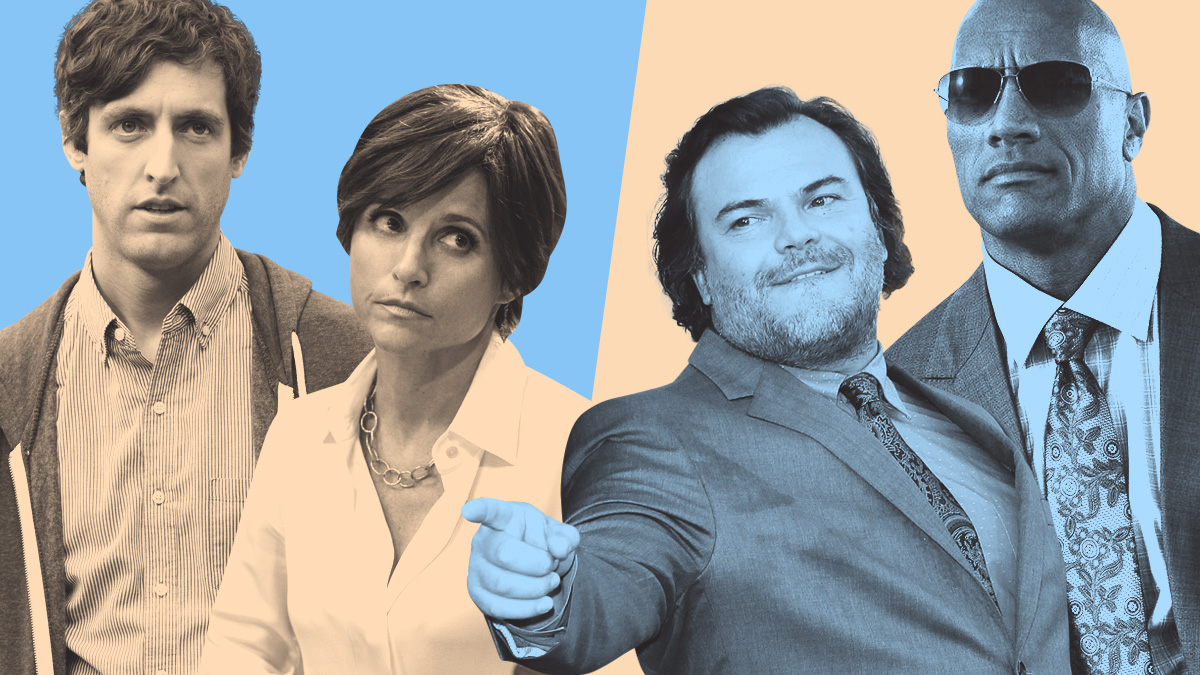 There was a fantastic story in The New York Times Magazine over the weekend about the state of Comedy Central in the Internet era. In short, the network has never been more successful among critics, tastemakers, and comedians — and yet, due to outdated metrics that can’t properly measure the modern audience, its traditional ratings have been free-falling. By way of response, Comedy Central has decided to become a many-tentacled, multi-platform brand.

In this area, HBO has an enormous head start. Since the late ’90s, when the recent Golden Age of Television was just sparkly runoff accumulating on the banks of the L.A. River, HBO has dominated the TV landscape like a colossus. Its shows win the most awards, suck up the most oxygen, and kill the most horses. In the past decade, a legion of ambitious upstarts have come at the king — and while they have occasionally not missed, HBO remains dominant and implacable. Thanks to powerhouses like Game of Thrones and Veep, the network’s name is so closely linked to contemporary ideas of quality and prestige that its occasional misfires barely leave a mark. Luck was dispatched to the glue factory so quickly it didn’t leave hoofprints; Hello Ladies was mostly a curt goodbye.

So strong is HBO’s consumer identity that when it announced a long-rumored “Over-the-Top” service, called HBO Now, the move was generally hailed as a bit of bold maneuvering, not dinged for being an inevitable reaction to the looming threat of Netflix and its streaming ilk. The expectation was that HBO would continue being HBO regardless of the form in which it arrived, be it cable box, wireless router, or raven. This is a testament to HBO’s sterling brand; like Idris Elba in a tuxedo, the network is assumed to class up any room it wanders into. This is great for first impressions and early adopters: Look at that library! Look at that tradition! But what few have taken into consideration is that in order to dominate the future, HBO will likely have to undermine the brand that helped it win the past.

The first evidence of this arrived Sunday night. No, the wobbly response to True Detective Season 2 isn’t to blame — HBO is always going to throw money and stars at difficult talent, and sometimes expensive ingredients really can make familiar dishes taste better. Pay attention, instead, to the two new series that debuted afterward, dangling like fraying threads on Colin Farrell’s bolo tie. It’s not a crime that neither The Brink nor Ballers is a particularly good show; in fact, that alone is barely noteworthy. What’s striking about them both is how profoundly inessential they feel, how the not-bad ideas that birthed them feel so strikingly absent from the not-at-all-good results. This is a break from HBO’s standard operating procedure, which has long prioritized passionate engagement over anything as gauche as ratings. This is why Getting On stays on, why The Comeback comes back, and why Girls keeps going. Though the latter show appears to attract trolls and viewers in equal numbers, its cultural Q rating — as in, the amount of attention paid to it by the chattering, tweeting classes — is through the roof. HBO would rather have its shows loved or hated than simply endured. And it’s this lack of ardor, in either direction, that makes The Brink and Ballers potentially damaging to HBO’s sterling reputation. It doesn’t matter if I liked them. The question is: Will anyone care? 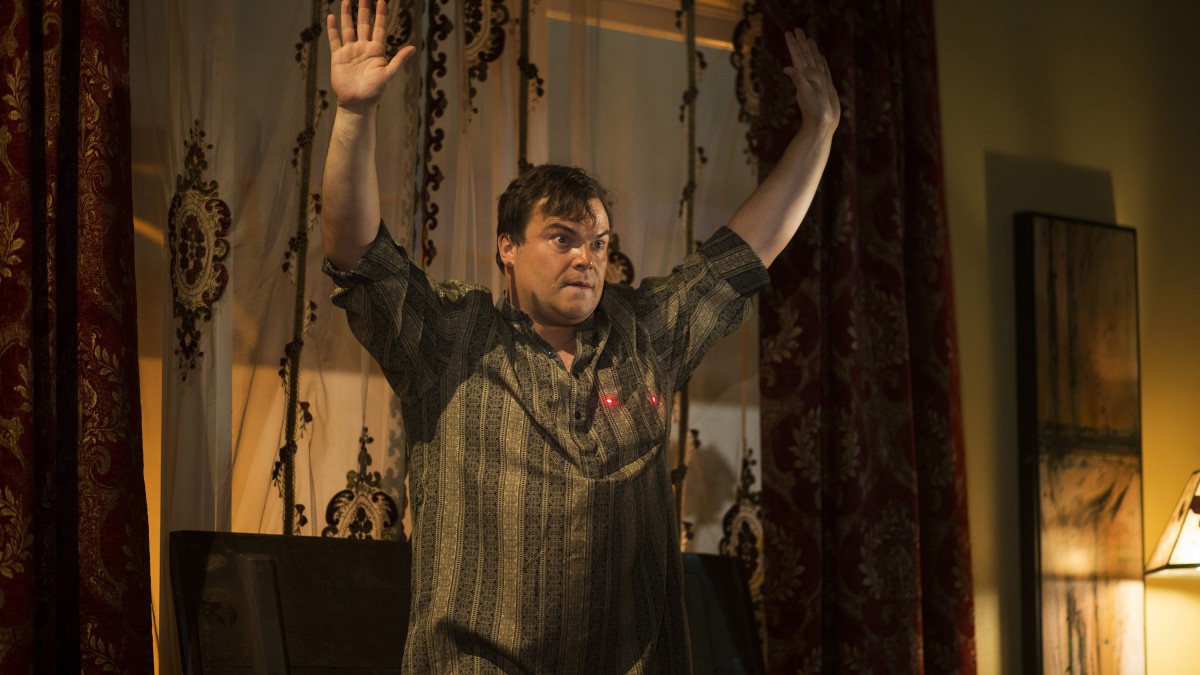 Before getting back to the big picture, let’s zoom in on the small — on these two new shows, specifically. Of the two, The Brink is far worse. Created by Weeds veteran Roberto Benabib, it’s a jumbled, cocky misfire of a series. It wants to be a cutting-edge satire; the premise, in which Pakistan collapses into chaos and the fate of the world rests on the unworthy shoulders of a fratty diplomat (Jack Black), a debauched Cabinet official (Tim Robbins), and a pill-popping soldier (Pablo Schreiber), appears ripped from the pages of the newspaper that aren’t meant to be funny. But satire involves more than driving up to the edge of a bonfire, cracking the window, and guffawing like a Simpsons character. It needs intelligence, interest, an active point of view. The Brink thinks bad breath is hilarious, that fax machines are crazy, that women are there to tut-tut the good times, not participate in them. By grabbing at nuclear codes and poking sticks at international bogeymen, The Brink wants to scare us into laughter. But there’s no hiding the fact that it is, itself, a failed state.

By contrast, Ballers isn’t at all bad. In Dwayne Johnson, it has a star with a personality nearly as large as his lats. And in the world of pro athletes, particularly those struggling with the emotional, physical, and financial hardships of retirement, it has a setting that’s both attractive and compelling. Through director Peter Berg’s kinetic camera, Miami looks as brutal and lurid as King’s Landing: It’s rife with complicated gladiators, backstabbing ambition, and topless women. I only wish the show had put in the offseason work to do more than showboat. Future episodes are slightly better than last night’s by-the-numbers premiere — I had hoped the casting call for naked women willing to grind on a man while he talks on the phone doing man things had been retired permanently, along with Dream On — yet they still remain far too distracted by the glitz. Omar Benson Miller and John David Washington (yes, Denzel’s kid) are engaging and electric as, respectively, an offensive lineman who retired too early and a wide receiver who has pushed it too far. It’s a shame their personal drama keeps getting submerged in the spillover from the Arli$$ and Entourage Jacuzzi: fast cars, loose groupies, and bros being bros. Ballers feels caught between the hard show it might become and the easy one it’s happy enough to be.

And it’s the latter point that’s both instructive and worrisome. There’s no question that HBO possesses a large enough library to justify a subscription service like HBO Now. It has a ton of quality movies, original and theatrical. Its narrative documentary department is second to none. Someone, probably in your family, will always need to catch up with The Wire. So don’t worry about the evergreens in the pantry. Pay attention, instead, to the perishables in the fridge. Netflix has already announced a jaw-dropping production slate for the year ahead, but one remarkable for its quantity, not necessarily its quality: It plans on streaming over 320 hours of original programming in 2015, a 200 percent increase in just one year. (This shakes out to over 20 new series per year.) HBO may pretend to be unfazed by this — quoth HBO CEO Richard Plepler in the same New York Times piece about Netflix’s expansion, “Play our game. That is what we focus on. I can’t emphasize this enough: We cannot get distracted” — but actions speak louder than any executive’s words.

Whether HBO will ever ramp up production to match Netflix punch for punch remains to be seen. (Twenty shows seems like a lot. But HBO’s current number of scripted shows, 11, is almost guaranteed to rise.) Still, there’s no question that the network’s business as usual is now anything but. Last week’s The Hollywood Reporter cover story went in-depth into HBO’s newfound interest in collaborating with outside studios (in particular Warner Bros., responsible for The Leftovers and the upcoming dystopic thriller Westworld) and messing with existing formats (the critically acclaimed High Maintenance will likely maintain its roughly 15-minute running time when it makes the jump from Vimeo later this year). But the article also indicted some of HBO’s longest-running practices — in particular, its glacial development process (in industry circles, it’s long been known that HBO buys nearly everything and makes almost nothing) and its overreliance on pet producers (David Simon deserves carte blanche, but does Mark Wahlberg?). HBO’s contemplative air has produced works of amazing quality but also marooned an even larger number of fascinating, maybe-great projects. (Is it fair that we never even get to see the Noah Baumbach adaptation of The Corrections?) Meanwhile, Amazon was spry enough to snatch up Transparent when HBO stalled. And, more recently, it had no qualms about converting some cash into euros to import the very good Brit-com Catastrophe. Unlike HBO, Amazon is already operating from a place where not every decision has to be a decisive win. It’s far easier to flood the zone when your audience isn’t expecting artisanal water every time.

HBO has managed to play both high and low before and remain on top. After all, it was True Blood, not Treme, that kept the lights on during the post-Sopranos lull. Any network willing to spend the final-seasons-of-Thrones profits on stuff like the sublime Togetherness (as well as upcoming comedies from Danny McBride and Sharon Horgan) and the impossible-sounding David Simon porn project is A-OK by me. Imminent dramas Utopia (a U.K. adaptation from the Gone Girl team of David Fincher and Gillian Flynn) and the still-untitled rock and roll project from Boardwalk Empire capos Terence Winter and Martin Scorsese look solid. The Emmys aren’t going anywhere anytime soon, and neither, I suspect, is the cultural goodwill. But the creative squeeze feels more pronounced this time, particularly as the explosion of outlets has left HBO skimming the cream from a well-tended bucket. Netflix outbid HBO for House of Cards; FX did the same with Tyrant. Sometimes the threat is even coming from within the same building: Thanks to a clogged development pipeline, both Banshee and The Knick slipped from HBO to sibling Cinemax,1 instantly becoming the keys to the latter’s creative resurgence. Faced with the same choices today, I doubt HBO would let either of those shows out of its grasp. 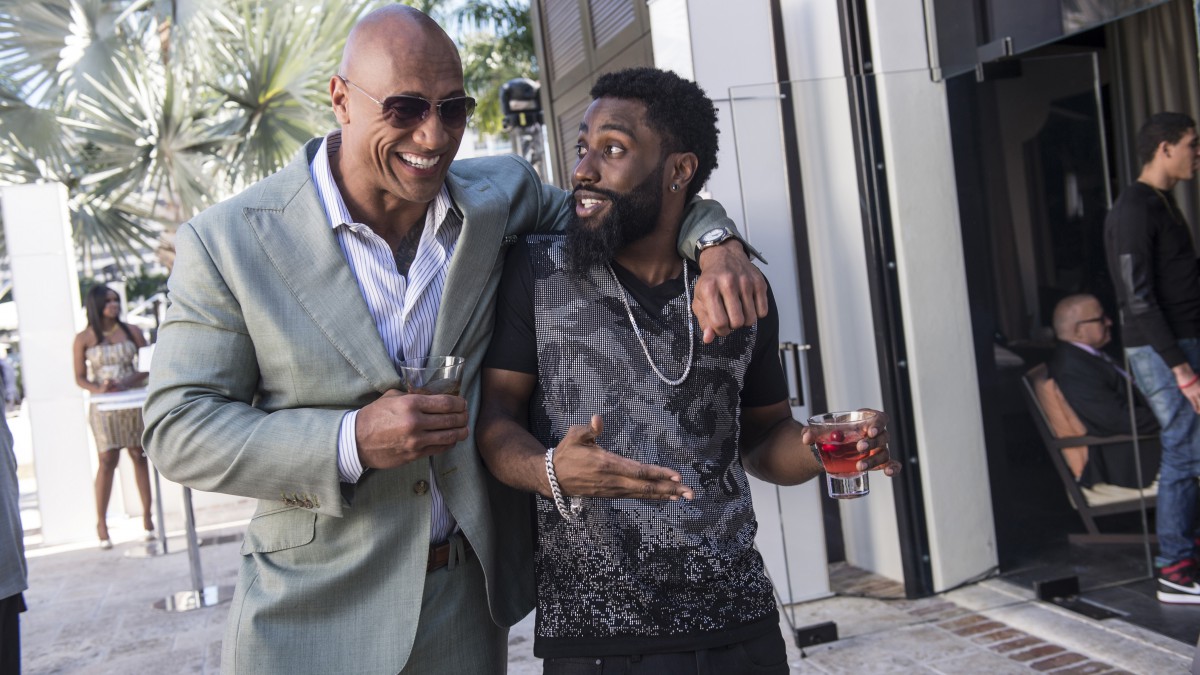 And, in any other era, the ambitious-but-flawed Leftovers would never get a second season, never mind what appears to be a soup-to-nuts reboot. But what choice do Plepler and HBO’s president, Michael Lombardo, have? Something has to premiere this fall, and better the devil you’ve already invested millions in, right? Critically, I admire that HBO won’t make a cynical Marco Polo or a clickbaity Fuller House to attract new eyeballs and paper over the holes in its stretched-thin schedule. But that doesn’t mean that those shows aren’t smart business. The modern axiom is very true: Content is the one true king, sitting smugly on the Iron Throne, taunting contenders and pretenders alike.

Long before Netflix, Amazon, and Hulu took the boast to literal new extremes, HBO prided itself on not being TV. So it’s ironic that in its attempt to compete on the newcomers’ digital turf, HBO might have to sacrifice its high-mindedness and sink into the same trough as everyone else. At the moment, The Brink and Ballers are merely stuffing HBO’s scripted slate, not defining it. But if an elite consumer base has long been worth bragging about, it’s increasingly unclear what other value it has. After all, there’s a reason Tidal is struggling while American Express is suddenly working with Walmart. Appetite trumps aesthetics in TV’s binge-driven, cordless future. But that doesn’t make it any easier to imagine proud HBO swapping the silver spoon for a shovel.