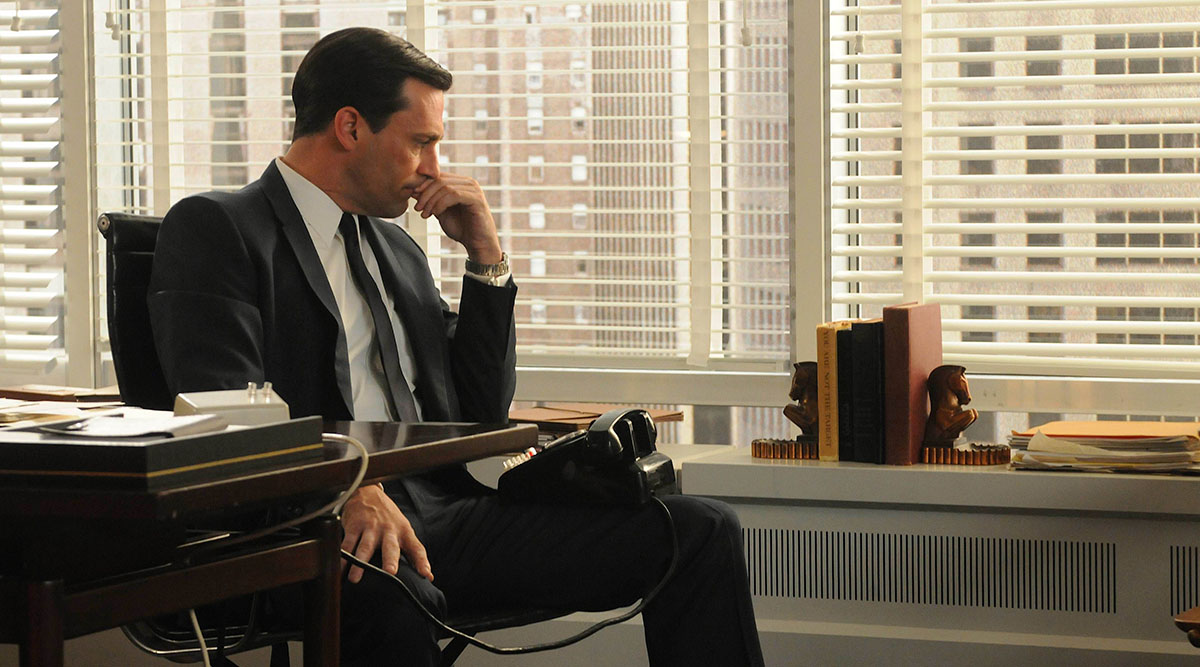 Earlier this month, in a conversation with Esquire about the development and closure of his series Mad Men, Matthew Weiner shared a striking American history What if: “When we got to the Cuban Missile Crisis, it became obvious to me that, if the assassination of JFK had not happened, this would have been the turning point in the twentieth century, certainly for the United States.”

The stakes of a basic cable drama have nothing to do with the death of a sitting American president, but Weiner’s alternate history and the end of one of TV’s greatest achievements inspired a different kind of game. What if, instead of launching AMC as a heavyweight for original, prestigious programming, the blessed ones in HBO’s ivory tower deigned to green-light a pilot from longtime employee and Sopranos staff writer Matthew Weiner? It’s a fascinating question, opening up a wormhole of possibilities. Mad Men has reshaped the way many people watch and think about television, but it has also had a thunderous effect on the business of the medium. It kick-started a basic cable revolution, joining FX to create a wave of smaller networks that eventually joined the prestige fray. It also introduced the world to a slew of gifted actors working with the best possible material. And it has remained a furiously debated and analyzed show for all of its six and a half seasons, creating an impervious wall of clout for AMC. As the show’s final half-season starts Sunday on, yes, AMC, let’s ask, What if it didn’t?

There Is No AMC As We Know It

The home of the most-watched series on cable, The Walking Dead, would have suffered the grisliest fate without Mad Men’s leap into the American consciousness. The longtime destination for Remember WENN and several thousand showings of The Shawshank Redemption and bad transfers of the Godfather trilogy, AMC made a major bet on Mad Men. An expensive period piece from a first-time showrunner with little action, high literary aspiration, and a cast of unknowns, Mad Men was an unlikely network launcher. But its success — primarily as a conversation driver among avid fans in the media, advertising industry, and a particular sort of slumming aesthete — encouraged the network to expand rapidly into development. Imagine the dominoes that would have toppled here. In all likelihood, FX would have pounced on The Walking Dead. And you can say good-bye to The Killing; perish the confusing thoughts of Rubicon; laser-remove those Hell on Wheels back tattoos, and …

There Would Have Been No Breaking Bad

Just the second series put into motion by the network, and already passed over by FX president John Landgraf — citing too many male antiheroes on his roster of shows — Breaking Bad likely would not have found a home without AMC. Just eight years ago, the basic cable playing field was narrow. The pay cable channels were not taking a flier on Vince Gilligan’s chemistry-teacher-gone-rogue pilot. Original programming at Netflix was just a twinkle in a CEO’s eye. Pitch-dark shows like Breaking Bad almost never get the patience and personal attention that AMC afforded it. And without it, no one knocks, no one cooks, and no one calls Saul.

Thomas Jane Would Be Don Draper

According to Jon Hamm, Jane was first offered the lead role as the show’s forlorn ad man. Jane, fresh off lead parts in such cinematic treasures as The Punisher, Stander, and Dreamcatcher, reportedly claimed he did not “do TV.” But given HBO’s imprimatur, and the fact that Jane would star in Hung, an HBO series, just two years later, it’s reasonable to assume Draper might have been played by the erstwhile Todd Parker. Mad Men starring Thomas Jane is not Mad Men. HBO’s bigger budgets might also have precipitated the expulsion of several other cast members, replaced by higher-profile counterparts. Think Claire Danes as Betty Draper. Richard Gere as Roger Sterling. Abigail Breslin as Sally Draper.

And Hamm? It’s hard to predict his fate, though after toiling for 10 years in dull parts on network dramas like Providence and What About Brian, Hamm might now be leading the charge on Chicago Fire or Blue Bloods or some other negligible content vacuum where handsome white male actors go to be admired by middle-aged Americans before dying a quiet, comfortable death in Pasadena.

What that also means: a significant loss for American comedy. No Dr. Drew Baird. No Jon Hamm’s John Ham. No delightfully smarmy Bridesmaids cameo. And no utterance of “The Not Fuckin’ Around Crew.”

This is probably what keeps HBO’s programming geniuses awake at night — OK, nothing keeps them up because they are happy, wealthy, and likely sleep on many-thousands-thread-count bedding. But maybe they have an annual nightmare on the evening before every Mad Men season premiere and think back on their decision in 2007 to follow the giant, post-Sopranos drama gap with … a mystical surf-noir family saga. John From Cincinnati — and I am a defender of this David Milch–created program — was anything but accessible, and it was often a lot of other things: mercurial, difficult, dreamlike, silly, often gorgeous, obtusely philosophical. The show ended with its surf-dad paterfamilias levitating, inexplicably, in the middle of his living room. It was not renewed for a second season, and so none of its myriad questions were answered. Other than True Blood — a hit, but never one that found the zeitgeist-prestige audience of its New Jersey mob saga — it took HBO nearly four years to find another linchpin Sunday-night drama in Boardwalk Empire. Speaking of …

There Would Be No Boardwalk Empire

The big winner of the post-Sopranos diaspora has arguably been David Chase’s other lieutenant, Terence Winter. Winter, currently at work on an untitled series with Martin Scorsese about rock and roll in the ’70s, oversaw five seasons of Boardwalk, spilling oceans of blood and moonshine and untangling a lot of cockeyed gangster plot. And because of the relationship he forged with Scorsese on that show, Winter was afforded the opportunity to write the screenplay for the director’s The Wolf of Wall Street. He’d previously worked on the 50 Cent biopic Get Rich or Die Tryin’. (Sense a theme in Winter’s work?) Without the notably expensive Boardwalk on HBO — or on AMC, given the existence of Mad Men as the network’s signature period piece — we may never have seen Leonardo DiCaprio pop lemon Ludes like candy and crawl across his home like a deranged sloth.

The upside of all of this: In lieu of Nucky Thompson, imagine the possibilities for Steve Buscemi’s career. Picture him on Sons of Anarchy or The Americans, or movies like Moneyball or Inside Llewyn Davis. Or there’s something else, a smaller film he could have made for the love of the game — maybe he has an Oscar by now.

With Milch’s John From Cincinnati spurned in ’07, his knotty horse-racing drama never would have stood a chance at HBO. Which means that those horses that died during the production of this strange and also mercurial series likely would still be here today. Which means HBO is doubly culpable for those horse deaths. Tragic.

There Would Have Been Lots of Nudity, Sex, and Probably More Violence on Mad Men

That’s right, you animals. After all, it’s not AMC. It’s HBO.