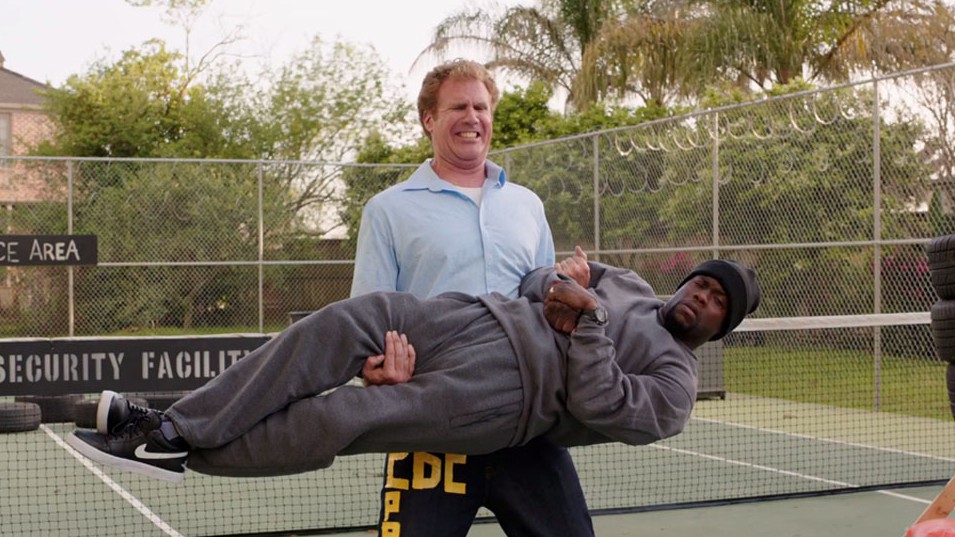 Studios, you get a lot of well-deserved flak for all the self-congratulation you generously dole out to yourselves, with September to March pretty much reserved for nothing but back-patting. But sometimes you earn it, and today is one of those times. Yes, Hollywood made buckets o’cash this weekend, shocking pretty much everyone who figured March Madness would shatter the box office’s backboard. In fact, the unexpected gold rush beat last year’s domestic returns by a whopping 10 percent, even more impressive when you remember that Darren Aronofsky’s boatload-of-crazy Noah made it rain $44 million this same weekend in 2014. But this year, the bottom of the order stepped up as a beleaguered studio nailed a desperately needed Home run to keep its stock price alive. That’s right, our first weekend winner is undoubtedly …

Some background, so non-insiders can appreciate this win as much as Jeffrey Katzenberg does. After a string of mediocre hits and outright misses, DreamWorks Animation — which Katzenberg spun off into a publicly traded company from the DreamWorks studio he cofounded with Steven Spielberg and David Geffen — was, to use technical industry jargon, very fucked. A place once renowned for its Silicon Valley–level perks was canning people left and right (500 total); Katzenberg had to sell and lease back the picturesque Glendale campus (as close to a Medici villa as any studio will ever get); and DreamWorks just posted a $247 million fourth-quarter loss. Basically, as this Bloomberg piece from last week illustrates, Wall Street was sharpening the knives. And Home — the story of an alien who comes to Earth and befriends a girl with the voice of Rihanna — was its only 2015 release. Katzenberg didn’t just need a win. He needed a miracle.

And he got one. Home was tracking for a mid–$30 million opening — enough to keep the wolves at bay, but any less and Jeffrey would be out in front of Grauman’s Chinese wearing a Shrek suit, panhandling to keep his baby alive. Instead, Home confounded tepid reviews and low expectations with a stunning $54 million opening, 50 percent more than pundits predicted. Home has earned $102 million globally on its modest (by animation standards) $135 million budget. That’s the third-biggest opening for a DreamWorks non-sequel, after Kung Fu Panda and Monsters vs. Aliens. Even better, since animated films tend to show box office endurance and Home doesn’t have any real competition until Pixar’s Inside Out in June, Home could easily earn over $200 million domestic. It won’t totally end DreamWorks’s drought, and with Warner Bros. high on its Lego Movie success and ramping up its own animation division, as well as Disney1 killing it with Big Hero 6 (and Frozen 2 on the horizon), it’s still tough out there for an animated hustler. But Katzenberg has his lifeline.

Shrugging off critics’ qualms over racism and antigay prejudice, Get Hard powered its way to a healthy second place on a $34.6 million opening weekend, the best opening for Will Ferrell or Kevin Hart in an R-rated film. That’s also Hart’s biggest opening behind Ride Along and Ferrell’s third-biggest live action opening, and the somewhat cheapo $40 million price tag means Get Hard will Get Profitable pretty damn soon. Get Hard faces stiff competition from Furious 7 next week, but maybe the rumors of Ferrell’s decline were just a tad exaggerated. Or, more likely, any theoretical descent was slowed by teaming up with Hart, who just continues to make hits.

Winner: The Little Horror Film That Could

The ’80s synth/STD-horror remix It Follows continued to kill it at the box office with an expansion into 1,218 theaters this weekend, earning $4 million and a hard-won spot in the top five. The $3,301 per-theater average might not seem like much, but It Follows was made on a tiny $2 million budget. As long as Radius-TWC didn’t blow its bank account on marketing for the expansion — considering the larger rollout was a last-minute decision, it probably didn’t — that should mean decent profit. However, there is an argument that Radius made a mistake to even consider the VOD route, and It Follows might actually have earned some real money with an old-fashioned studio-style release. After all, Cannes cred notwithstanding, it is a horror film. Maybe this will teach you for next time, Hollywood: Good films deserve wide release.

But for every theatrical surprise, there is a VOD disaster to prove otherwise. At this point, Jennifer Lawrence and Bradley Cooper might rightly think themselves invincible at the box office. Fortunately, Serena came along to cut them back down to size. Susanne Bier’s perennially delayed film (first made in 2012) landed with a $110,000 thud in 60 theaters this weekend, earning a grimace-worthy $1,833 per screen. (It probably didn’t help that it was already available on VOD.) What went wrong? Did Magnolia flub the release? Did the film languish on the postproduction shelf too long? Maybe the world isn’t ready for Cooper and Lawrence as Depression-era timber kings? Or maybe, as Manohla Dargis’s review strongly suggests, Bier just made a bad movie.

Fortunately, the art house had its sardonic intellectual poster child Noah Baumbach to come to the rescue with While We’re Young. Earning $242,152 in just four theaters, Baumbach’s latest Ben Stiller–freaks-out-about-aging epic marks his best opening, at $60,538 per screen. Coming on top of Frances Ha’s black-and-white $4 million success, it would seem Baumbach can do no wrong these days — except when it comes to Jonathan Franzen novels, I guess. Then again, with the success of While We’re Young, maybe Netflix will swoop in and save that one, too.