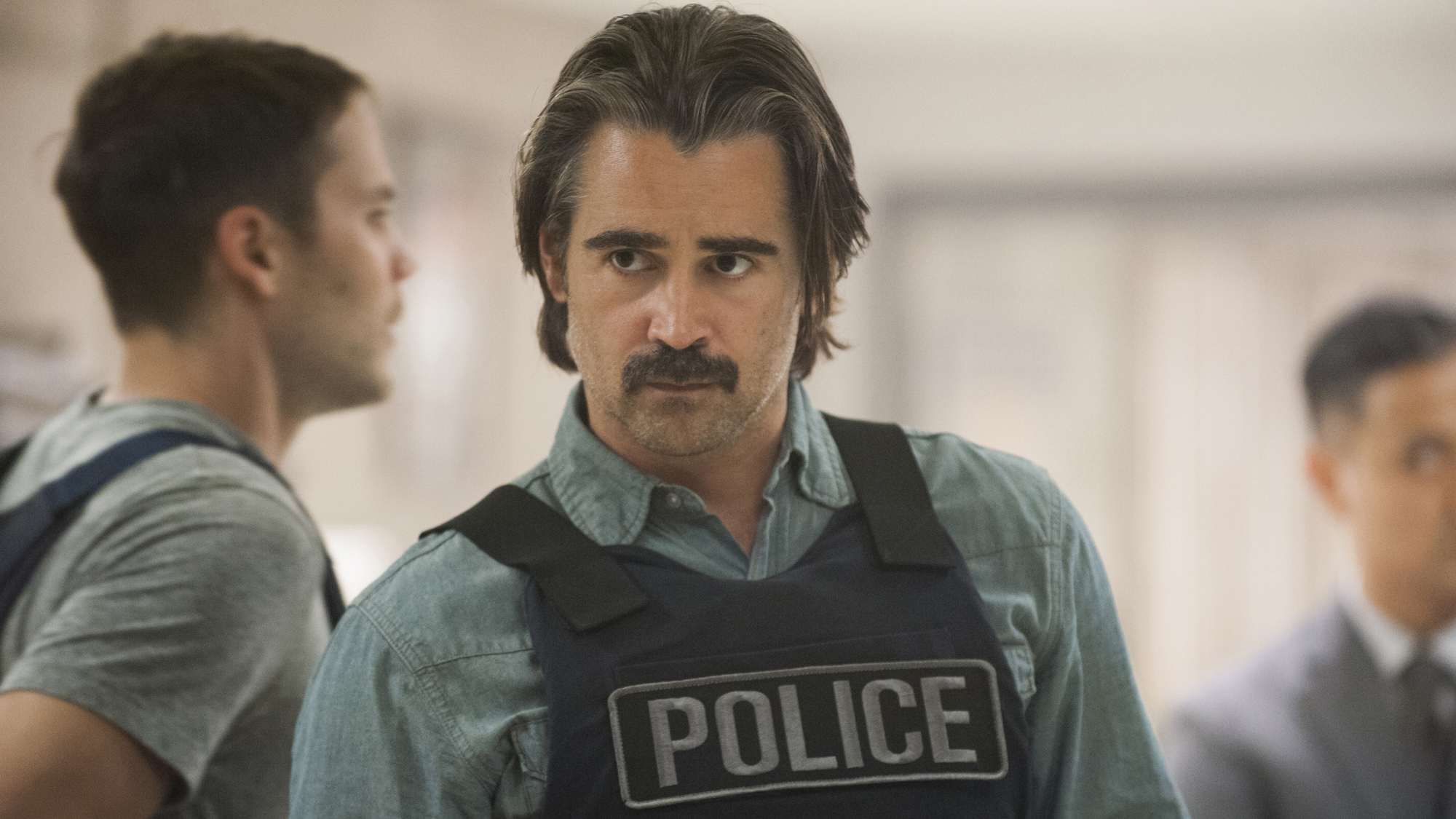 “There are all kinds of secrets in the world,” one character says to another early on in True Detective’s second season. “All kinds of truths.” I tend to agree. And while I don’t think I’ve kept any of my opinions on True Detective’s first season private — that was me, taking a knife to Rust Cohle’s dime-store philosophizing like so many beer cans — I would like to take this opportunity to confess something surprising about Year 2. I’ve now seen three episodes. And you know what? I kind of liked them.

I can’t help but wonder, though, if the majority of the HBO show’s ardent fans will feel the same way. True Detective is a very different beast in its second season: less Cthulhu and more garden-variety lizard. It doesn’t haunt so much as slither. Gone is Matthew McConaughey’s M-brane theorizing, the loopy revolutions of time’s flat circle. Gone, too, is director Cary Joji Fukunaga and his singular, foreboding visuals. (Fast & Furious driver Justin Lin helmed the first two episodes; the rest were picked up by HBO vets like Game of Thrones‘s Miguel Sapochnik and The Wire‘s Dan Attias.) For his next trick, creator Nic Pizzolatto appears to have steered clear of the occult magic that turned True Detective into a phenomenon. His ambition hasn’t dimmed — just check out this recent ClickHole profile of him for proof — but it’s possible that his pretension may have. Rather than waxing poetic about the evils that men do, this new season is more perfunctory about simply demonstrating it: hydrochloric acid poured on eyeballs, pliers applied to gold teeth. There is a crime, there’s rampant corruption. An investigation spirals around an ugly truth long enough to begin devouring its own tail. If the first season gazed upon a celestial darkness with dilated pupils, these new episodes greet a familiar gloom with a tired, world-weary sigh.

For many, I’d imagine this straightforwardness might be a turn-off. After all, even for those immune to the show’s acid-spiked Kool-Aid, the mass hallucinations that greeted its every turn were plenty exciting. In content — but especially in form — True Detective suggested a thrilling future for TV: one in which stories were limited, granting audiences the resolution they’ve come to expect and creators the autonomy they’ve begun to demand. Movie stars like McConaughey (and, to a slightly lesser extent, Woody Harrelson) aren’t likely to sign on for a garden-variety series, with their seven-year contract commitments and inevitable lack of consistency. But spending a few well-funded months in the bayou for HBO with a juicy part and the promise of untold hype (and Emmys) to come? That’s an easier decision than driving a Lincoln.

If you look past the smoldering McConnaissance, though, it’s possible that the very thing that made True Detective noteworthy in 2014 was the clever framing of its central mystery. No, not what happened to poor Dora Lange or why moon-faced twentysomethings kept asking creepy old Marty Hart to frisk them. But rather, what could all of these indulgent curlicues — the notebook, the time jumps, the flowers — actually mean? That the finale’s answer was essentially “not much” didn’t seem to be a dealbreaker for the show’s legion of amateur Lovecraft scholars. After all, there’s a great tradition in television of asking enormous, attention-grabbing questions and then hoping audience enthusiasm will help paper over the shallowness of your eventual answers. Sure, I thought Pizzolatto’s scripts were mostly secondhand smoke. But I don’t mean to diminish his real achievement in getting so many people hooked on it. His true skill was in stitching contemporary TV’s intellectualism and fan engagement to a very old-fashioned game of bait and switch. It was a fresh pair of antlers on yesterday’s corpse. 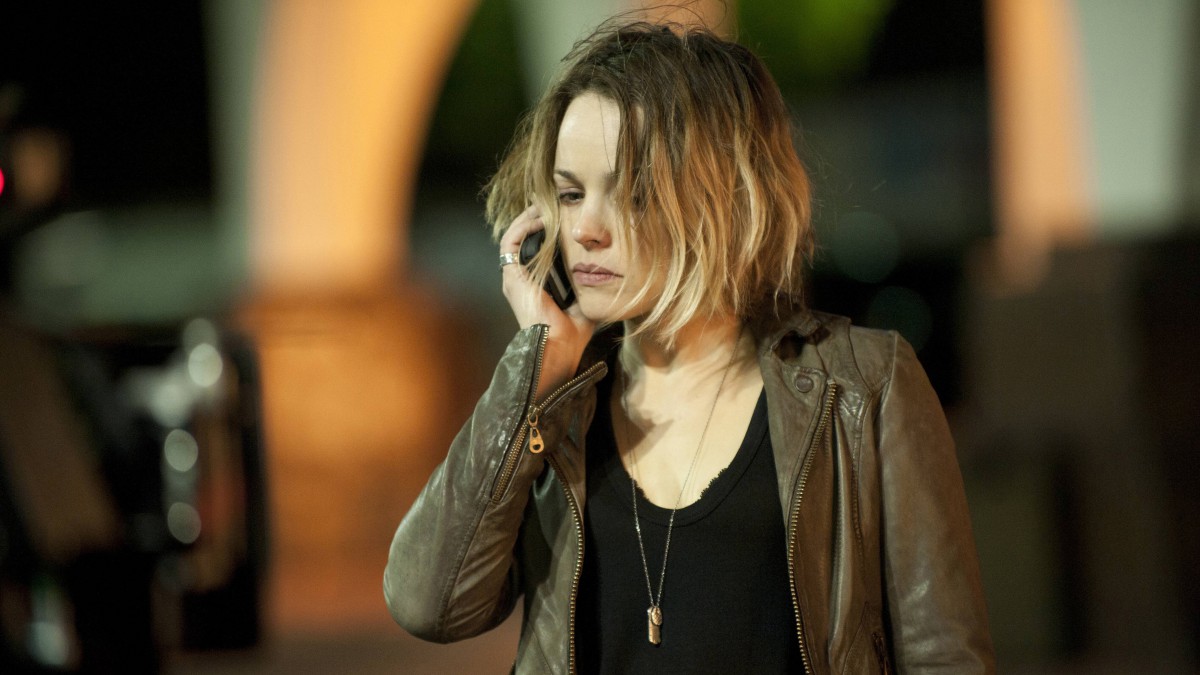 Above all else, it’s this enigmatic swagger that’s missing from the opening chapters of True Detective Season 2. Removed from the lightning-singed mysticism of Lousiana and devoid of Fukunaga’s painterly touch,1 True Detective feels very much like a television show, albeit one dotted with stars and redolent with Pizzolatto’s humorless machismo. (“Some people can’t handle the deep trip,” a character muses over his own son. “I fear he is a destroyer.”) The action has been transported to modern-day California, more specifically to the fictional town of Vinci, a refinery-scarred nowheresville located on the outer edge of Los Angeles’s relentless sprawl. When city manager Ben Caspar goes missing on the eve of closing a major transportation deal, four fringey characters are drawn into an increasingly uncomfortable knot. There’s Frank Semyon (Vince Vaughn), a crook turned businessman whose money vanishes along with Caspar, and Ray Velcoro (Colin Farrell), a bent local detective whose moral compass went missing around the time he first met Frank. From L.A. proper come Ani Bezzerides (Rachel McAdams), a tough cop with a bad past, and Paul Woodrugh (Taylor Kitsch), who, um … ditto.

Rather than draw from obscure sources like Robert W. Chambers’s The King in Yellow to tell his story, Pizzolatto seems to have reached for all the familiar signposts on California’s long, lost highway. Into his whirring blender go long stalks of Chandler and Connelly, a healthy scoop of Chinatown, and a light dusting of the collected works of Paul Thomas Anderson. (In particular, David Morse, as a bearded cult leader, and ’80s rocker Rick Springfield, as a ghastly psychiatrist, could have been airlifted directly from the set of Inherent Vice.) I’m not entirely sure if the resulting juice is greater than the sum of its parts, but it goes down smooth, especially if, like me, you have a particular affinity for tarnished visions of the Golden State. Vinci appears to be a stand-in for Vernon, which is just south of downtown Los Angeles, but in its ebullient corruption it reminded me of Pelican Bay, the fictitious oceanfront town that’s at the center of one of my all-time favorite mysteries, Chinaman’s Chance by Ross Thomas. But why stop there? Pizzolatto treks up and down the state like a hobo in search of raw material: Vinci’s mayor, the titanically drunk Ritchie Coster (Luck), lives with his trophy wife in a Lebowski-esque mansion in Bel-Air; the missing Caspar kept a The Canyons–like crash pad in West Hollywood and the investigation threatens to roam as far north as Sonoma. Pizzolatto’s appetite for the state is voracious. He wants all the best myths and he wants them double-double, animal style.

The fact that he is now the lone power broker behind True Detective — Fukunaga remains as a producer, but the titanic shade2 thrown his way in Episode 3 suggests minimal involvement — means that Pizzolatto’s worst impulses can now go almost entirely unchecked. There’s a punishing weight to even the most quotidian onscreen interactions. Men tend to stare into mirrors and rhapsodize over their failings; women tend to offer things on trays or in envelopes and then quickly get out of the way. (Kelly Reilly, as Frank’s wife, is particularly prone to this. I can’t tell if her decision to play the soggy coaster to Vaughn’s tall cocktail was intentional or unavoidable.3) But the new setting also allows Pizzolatto’s genuine reverence for genre to shine. The details here are indelible: old bottles of Jameson lined up with older boxes of Chinese takeout; bloodstains hiding behind bolo ties. When Ray meets Frank for a drink in the kind of bar that allows you to bring your own whiskey — replete with scarred waitresses who know your name and deep red vinyl booths cozy enough to let you forget it — the moment actually feels as primal as Pizzolatto clearly intended it to be. For fans of crime fiction, stuff like this is Prometheus stealing fire and using it to light a Chesterfield. Pizzolatto’s still getting plenty high on his own supply, but cheap beer and bummed smokes suit him a lot more than Rust’s peyote ever did.

And I’ll give him this: The only thing Pizzolatto likes more than his own dialogue is the sound of good actors reciting it. Colin Farrell has long been an underappreciated talent, an A-plus character actor stuck doing leading-man lifting in B-minus movies. He takes to Ray’s sadness and seediness like a match to a menthol. When we first meet Ray, he’s trying to connect with his bullied son, a boy who may not even be his own (his ex-wife, played with understated strength by Rectify‘s Abigail Spencer, was sexually assaulted nine months before giving birth); before the hour is over, he has likely ruined that relationship for good. But despite the bad behavior, all the violent punches and the deep tokes — “I like to get wet now and then from a number of bad habits,” he says with understatement in Episode 2 — Farrell understands that Ray’s driving force isn’t anger but fear: that he’ll be as bad a father as his own (the great Fred Ward); that he’s run out of chances to get this, or anything else, right. 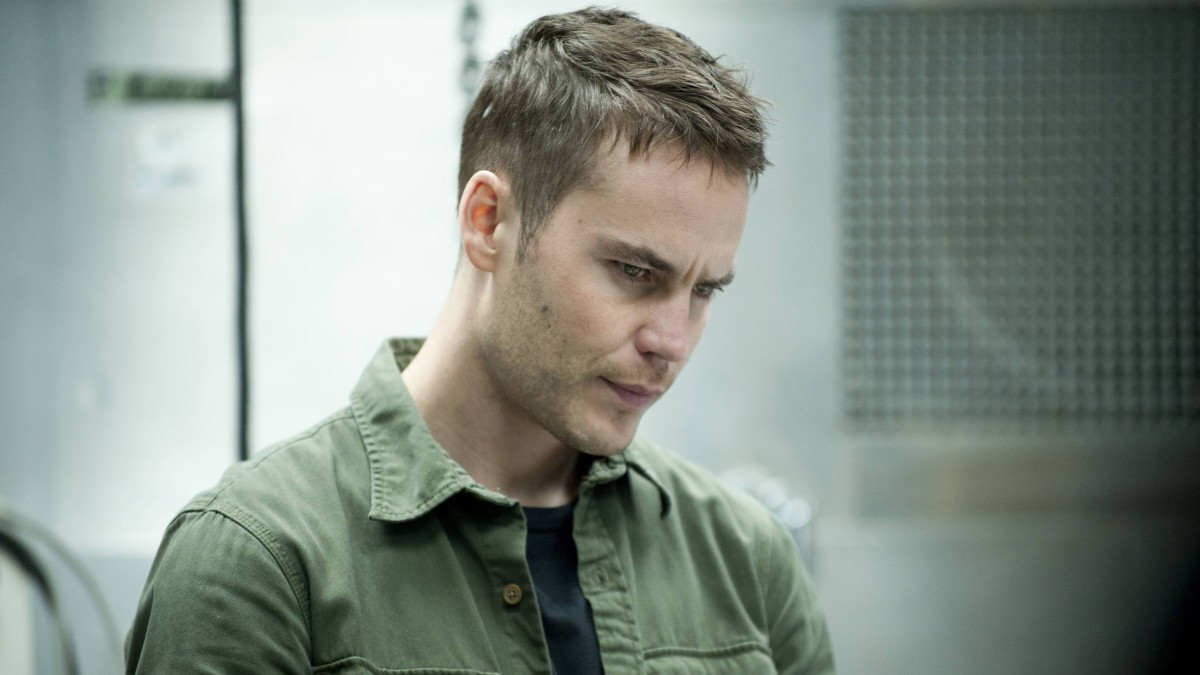 McAdams seems equally thrilled to be given a chance to play on the dark side of the street. At first it’s a tough sell, buying this petite blonde as a knife-packing murder police. But she gradually won me over with her toughness and commitment, as did Kitsch, who deadens his Riggins-y appeal into an anxious mask of unhappiness and shame. (His Woodrugh is a highway patrolman who brought secrets as well as scars back from the Afghan war.) None of these people look like the workaday schnooks they’re portraying, but all appear more than willing to try. Besides, isn’t that part of the California dream? It’s a sunny, blank slate of a place where nobodies can become stars and stars can put in the hard work necessary to pass for nobodies.

Of the main cast, only Vaughn chafes against the part Pizzolatto wrote for him. He’s an effortlessly charming actor, an electric eel of unctuousness and bravado. Yet Frank’s collared shirts restrict him like a straitjacket. Perhaps it’s because he’s the only one here not dressing down; in fact, just the opposite. Frank’s desire to better himself is a neat parallel to Vaughn’s own career crossroads, where his eagerness to escape the very things that made him successful — crime for Frank, comedy for Vince — seems to outpace any ability to appreciate his own talents. There are plenty of anodyne businessmen in and around Los Angeles, just as there are a ton of self-serious thespians. I’d argue that the ability to play things gloriously crooked is far more valuable than a newfound willingness to play it ramrod-straight. But what do I know?

Besides, it’s not as if Pizzolatto is writing any jokes for Vaughn here. True Detective still breathes and fumes in a dark universe, one governed by a vengeful God and littered with unspeakable cruelty. But if there’s still precious little light, this time at least there are gradations of gray: a woozy dream sequence here, a nutso guest turn there. For all the times Pizzolatto could have used an editor — Ani is short for “Antigone,” and her porn-performing sister is named Athena — there are flashes of real wit. When a smirking superior says, “Ray accepts dualities must be affected to serve public interest,” it’s a neat, bureaucratic reversal of Rust’s heavenly gibberish; the Bhagavad Gita as standard operating procedure. In its second season, True Detective offers much less to love yet a great deal more to like. It’s a familiar dream, but one blessedly free of a monster at the end of it. Which, for now anyway, is more than enough for me.