‘Friends’ and Enemies: Netflix and HBO Battle for the Future of TV 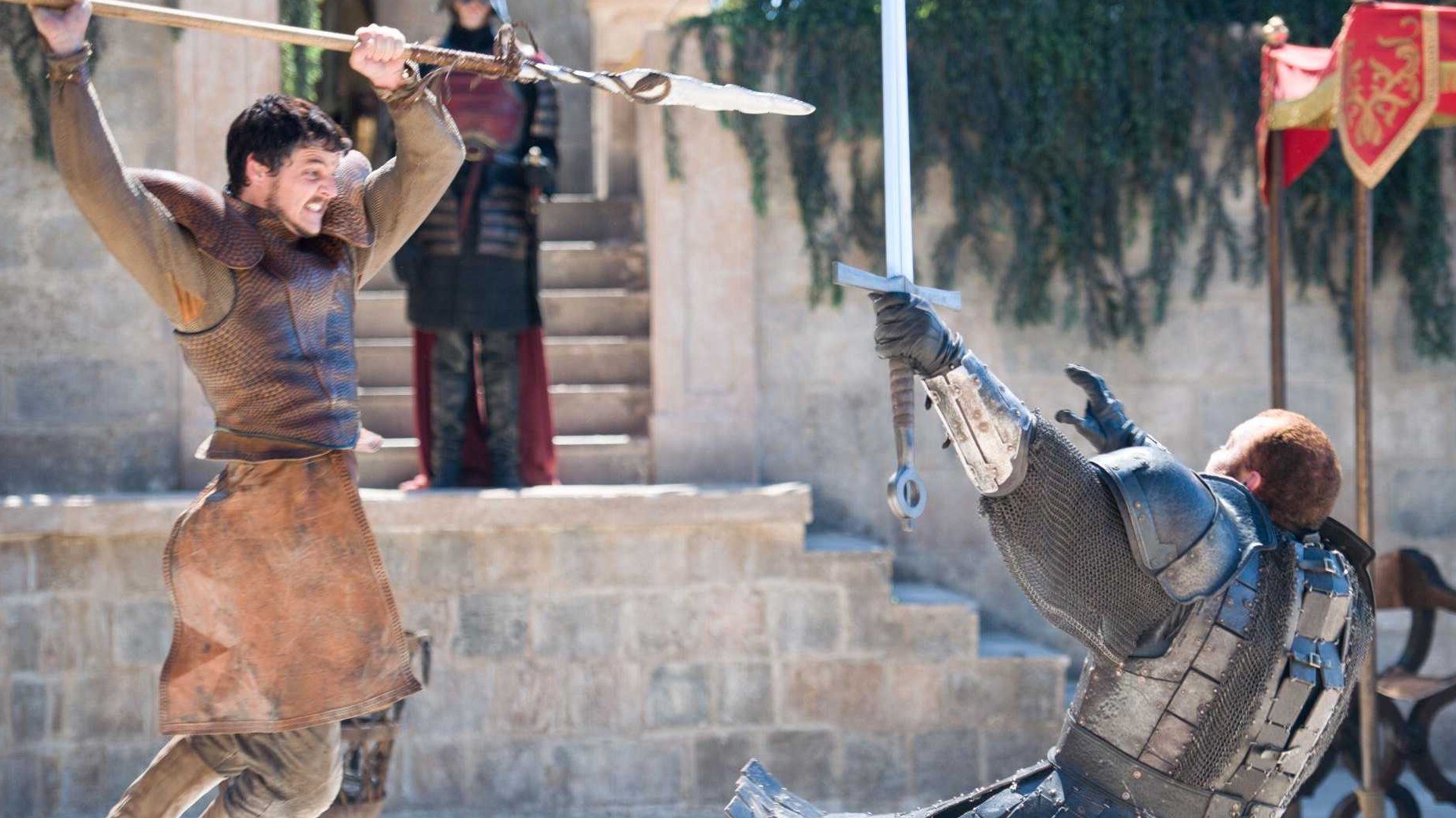 Some world-changing conflicts start with speeches. Others, with explosions. Yesterday, a war began with a press release.

At about 12 p.m. ET on Wednesday, word broke that HBO had finally agreed to make its wildly popular, highly pirated HBO Go service available to non-cable subscribers. Though the details were scarce, it seems clear that at some point next year, all of your cord-cutting friends and acquaintances who have “borrowed” your legit HBO Go password in the same way King Joffrey “borrowed” Ned Stark’s skull will be able to sign up themselves. In exchange for a nominal monthly fee — likely about $15 a month, or the same price as an HBO subscription through a cable provider — these former scofflaws will have the same total access to HBO’s huge catalogue of original series, Hollywood movies, and whatever it was Real Sex was supposed to be.

Though it may have seemed inevitable to some, this announcement is a huge, industry-rattling deal. HBO’s library is one of the things that makes cable attractive despite the enormous monthly bill. And HBO’s exclusivity — hidden behind not one but two not-cheap subscription paywalls — is one of the things that adds to its prestige and allure. Come 2015, HBO, long the ivory tower of television, will not only deign to muddy its feet in the stream, it’ll dive in headfirst.

It’s a leap that was bound to cause some ripples. And indeed it already has: Just a few hours later, Netflix responded to HBO’s violent incursion into its territory with a lusty “How you doin’?“of its own: Beginning on January 1, all 10 seasons of Friends will be available to Netflix subscribers. This is a nice get, to be sure. Recent BuzzFeed-fueled nostalgia bombs have made it clear that the thirst for Central Perk remains strong. Yet it also highlights the diverging business models for HBO and Netflix: The former remains the home for the TV shows you want to see now. The latter is entrenching itself as the place to watch shows again. In the short term, anyway, Wall Street seemed to prefer HBO’s strategy: Netflix’s stock double-dipped yesterday on both the HBO Go news and the fact that Netflix added far fewer new subscribers (980,000) in the third quarter than analysts had expected (1.37 million).

Was it a coincidence that HBO made its big announcement on the same day that Netflix CEO Reed Hastings was forced to make a conference call to investors defending the poor performance? Sure — just like it was a coincidence that the conference call’s hold music was this. The antagonism between these two companies is real and has been for quite some time. In 2010, Jeffrey Bewkes, the CEO of HBO’s parent company, Time Warner, when asked about the threat posed by a company best known for red envelopes, declared, “It’s, like, is the Albanian army going to take over the world? Don’t think so.” Netflix fired back a year later by outbidding Bewkes for House of Cards and riding it all the way to the Emmy stage. Netflix’s recent deals with Chelsea Handler (for a late-night talk show) and Adam Sandler (for four original movies) were smart moves to address the service’s biggest failings — its lack of any “live” presence or engagement with the larger world, and its woefully diminished film library — which appear greater when held up against a titan like HBO. But HBO has quietly been remaking itself as well, abandoning its talkier hours (bye, Boardwalk Empire! Toodles, Treme! Sayonara, The Newsroom!) and investing more heavily in flashy stars (Vince Vaughn in True Detective, Jack Black in The Brink) and Game of Thrones–complementing genre (Westworld is about a sci-fi theme park, the David Fincher–helmed Utopia is a comic-book conspiracy). HBO would never admit it, but these are moves aimed at attracting new eyeballs, not flattering the ones it already has. It’s no longer enough for HBO not to be TV. Now it has to not be the entire Internet as well.

As much as the HBO vs. Netflix battle will command headlines and fuel studio coffers over the next decade, it’s shortsighted to mistake one skirmish for the larger war. The reality is that HBO Go and Netflix are wildly complementary services. Rather than choose sides, it’s far more likely that cord-free consumers will opt for both. For under $25 a month, the combined services will offer outstanding original programming, tons of worthy movies, and deep runs of beloved series both high and low. Both companies won’t just survive this clash, they’ll likely thrive, as will their next-generation peers Yahoo, Amazon, and Hulu. HBO doesn’t do things rashly — ask anyone who has suffered through its glacial development process that can sometimes stretch to two or three years or more. Its big splash isn’t a sign of desperation or defeat. It’s the long-awaited signal that it’s time for other heavy hitters to get their feet wet. And so, this morning, CBS — kind of the HBO for network television, just with a very different definition of thrones — surprised everyone by announcing its own “over the top” subscription service. Showtime (CBS’s sister network) can’t be far behind, and there’s no question that at this very moment, somewhere in Universal City, there’s an engineer in a spinning chair hard at work on an NBC app that will put Spader’s hat and Vanderpump’s pumps directly onto your iPhone. The big dogs are going digital, and they’re doing it much faster than anyone predicted.

So the real casualty of yesterday’s news would appear to be your cable bill — or at least the way it’s currently constructed. For those of you tired of shelling out hundreds of dollars a month, this sounds like the best possible outcome. But remember, the real victim of à la carte pricing would be the smaller dogs unable to strike out on their own. Sure, people might pay for a Comedy Central subscription, but how many will spring for a membership to IFC? AMC could probably finance itself for years with The Walking Dead fan base — but it would have to include sister network SundanceTV as a freebie. These new developments also leave out the one digital-killing silver bullet still left in cable’s arsenal: live TV. The CBS deal carves out its lucrative NFL package (meaning live games are the one thing subscribers won’t be able to enjoy), and though it appears inevitable, ESPN — my employer and the owner of Grantland — has given no public indication that it intends to one day offer its WatchESPN service independently from cable. Since cable monopolies derive most of their profits from the carriage fees that go along with big channels like ESPN (currently over $5 per subscriber, whether you care about SportsCenter or not), they will spend the next few years doing everything in their power to keep it that way.

Because here’s the thing: Giant media conglomerates like Comcast and Time Warner Cable may be hated, but they’re not stupid. Losing some HBO subscribers is a blow, but many of them will still be profiting from HBO Go and its ilk through their broadband services anyway. (Better to have you paying for something than nothing at all.) And I wouldn’t be surprised if, in order to combat the threat of more networks going rogue, they’ll begin offering more smartly tiered packages in the very near future. Could you soon cherry-pick the 20 channels you want to receive on cable? Or settle for a “basic” bundle of the broadcast networks, the news, sports channels, and HGTV? (Because, come on, what sane American is going to give up Property Brothers?) What will we be watching and what will we be watching it on a decade from now? No spoilers, please. The real drama is about to begin.