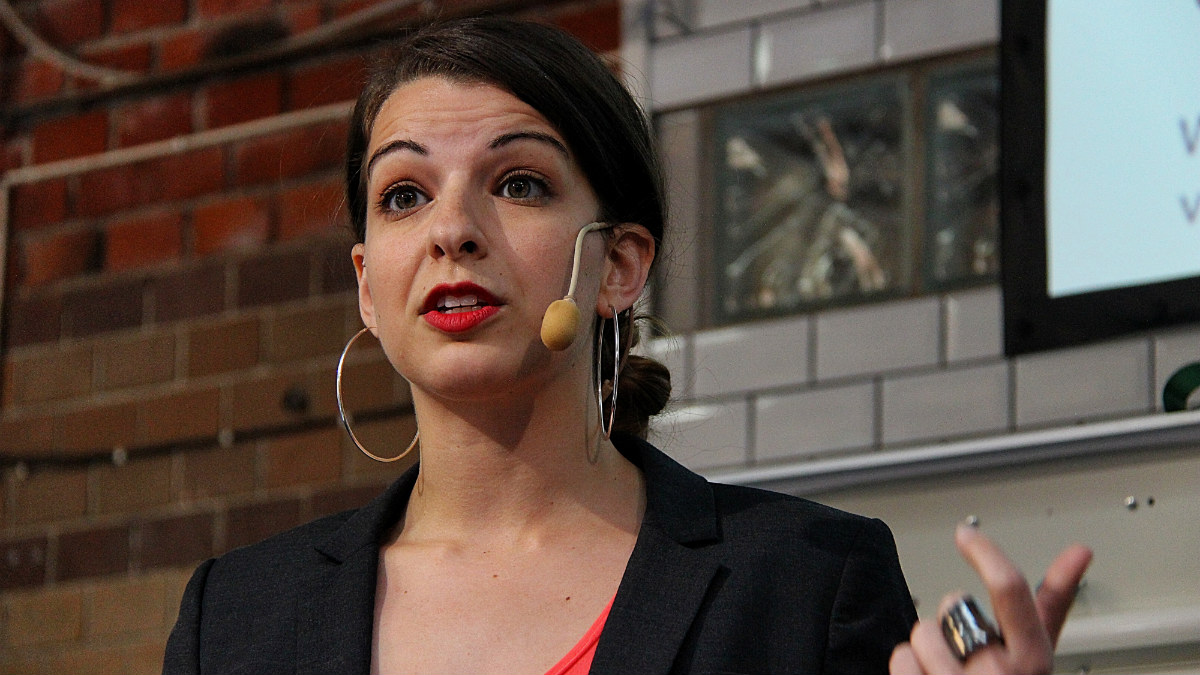 The messy conglomeration of misogynistic bile and misinformed grassroots activism known as #GamerGate has been going for about six weeks now, and in case you had started ignoring it in favor of, I dunno, the beauty and preciousness of life, it reared its fun-loving, death-threatening head again.

Forced to cancel my talk at USU after receiving death threats because police wouldn't take steps to prevent concealed firearms at the event.

Multiple specific threats made stating intent to kill me & feminists at USU. For the record one threat did claim affiliation with #gamergate

At this point supporting #gamergate is implicitly supporting the harassment of women in the gaming industry.

There are many places you can get a catch-up on the long, twisty saga that has led us to this dismaying moment — Todd VanDerWerff’s rundown on Vox is useful — but the broad strokes are this: A developer named Zoe Quinn and her unconventional “adventure” game Depression Quest was lauded by the gaming media during its release a year ago, but a backlash formed in the message board communities of so-called “hardcore” gamers who rejected its merits as a game and the point of view of its creator. When Quinn’s ex-boyfriend posted a long “exposé” of their relationship and breakup — including the detail that Quinn had had an affair with a freelance writer at Kotaku (unrelated to that site or any other’s coverage of Depression Quest), this was seen by many as a sign of corruption in the more progressive-minded gaming media, not to mention a huge transgression in Quinn’s personal life that somehow had anything to do with her professional career.

At the same time, Anita Sarkeesian, whose long-running Feminist Frequency YouTube series has been critical of the treatment and representation of women in gaming for some time, released her “Tropes vs. Women in Gaming” series, pointing out the long-running tradition of women as props and decoration in video games. Sarkeesian’s videos have always been on the receiving end of vitriol from the communities whose values she questions, but the timing of this one led to the already incensed gamer communities of Reddit and 4chan launching a full-on harassment campaign against her, Quinn, and anyone who dared to speak out in support of them. Both Sarkeesian and Quinn have been forced to leave their homes due to threats, and others have opted out of their professions altogether.

Almost from its inception, the no. 1 thing that has dominated discussions I’ve had both online and off about Gamergate is the one big, fuzzy question: How does this end? Deadspin posted a long, insightful piece suggesting — accurately, I think — that Gamergate is the model on which future culture wars will be based; it is the new Tea Party. And, implicitly, that this isn’t just one feud that flares up and dies down — we may be stuck with evolving variations on this same ideological battle for years. It is the screaming, violent growing pains of a larger social change.

In other words, you can’t really #StopGamerGate2014, as the most recent hashtag to spring from the conflict urges. By this point it’s clear that no volume of well-argued think pieces dismantling the confused, selective tenets of the campaign will finally make the 4chan-dwelling heart of Gamergate pause and say, “Hey, y’know, come to think about it, maybe we got a little too worked up over this whole inclusivity idea.” Between its discrediting of nearly all media coverage of the conflict (except when, y’know, it’s in agreement with Gamergate) and its “false flag” conspiracy theories about the more violent lashings of the movement, Gamergate has backed itself into a rhetorical corner, armored with logically fallacious loopholes that nonetheless serve their purpose to block any attempts to see another side of things.

Like any group standing in defiance of inevitable progress, there will always be Gamergaters, just like there will always be a market for Confederate flags somewhere. But — and perhaps this sounds optimistic, but I genuinely believe it — the movement overall will be forced to soften, not because of one definitive striking blow, but because the gaming world, and the culture at large, will continue to move on and progress and render their arguments increasingly irrelevant. Many anti-Gamergaters have worried that the violence and rage directed at women like Sarkeesian and Zoe Quinn and Brianna Wu will discourage the young women of today from getting into development or criticism. But I think that underestimates those women, and if there’s one direct effect that all the words and support from the rest of the community will have, it will be a loud, unanimous call to arms for a new generation to jump into the scrum — never underestimate the glamour of the idea of rebelling against a status quo, especially for teenagers.

How long this all takes and what that shift looks like is what’s really at stake for the Social Justice Warriors of today (can we re-reclaim that term, Yankee Doodle–style?). Yesterday I went searching for individual examples of a Gamergater changing his stance and was directed to this long yet riveting Twitter exchange between developer Brett Douville and an individual who had lashed out against Quinn and Depression Quest. Douville can skew a bit patronizing at times, but overall the conversation is an inspiring example of two people starting at opposite ends of an argument and eventually acknowledging their common ground, and an erstwhile troll being allowed and encouraged to engage in a more nuanced discussion.

A hashtag will not stop Gamergate. Conversations like these, en masse, over time, will. The dehumanizing effects of the Internet are not helping anyone here, but they can be overcome with time and patience. Everyone has the potential to change and exercise empathy, though it will usually end up happening on their own terms. “This really IS a hate movement fueled by nutters. How did I get dragged into this?!” said one reconsidered Gamergater in a post on the NeoGAF forum (a post that, predictably, is being called out as a fake by the rest of the Gamergate community). “We can’t start enacting change when the people who actually could start making these changes happen want nothing to do with us.” Funny, the same could be said of both sides.

‘Friends’ and Enemies: Netflix and HBO Battle for the Future of TV