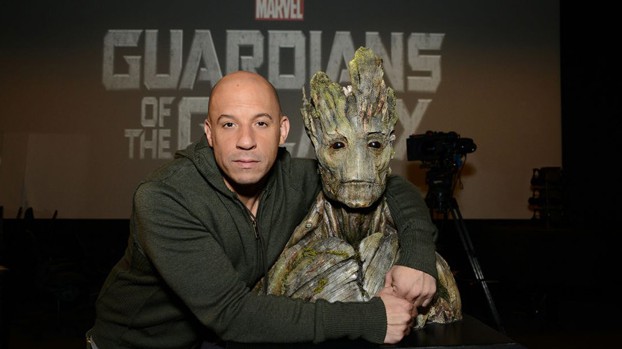 To willfully mangle John Donne: Never send to know for whom the bell tolls, Hollywood; it tolls for thee. As the clock strikes midnight on the summer movie season this Labor Day, the official obituaries are in for Hollywood and its historic summer slump. From the New York Times to Fox News, everyone has a rubbernecking analysis of why the summer box office got rear-ended by an indifferent public this year, and they all ultimately boil down to: The movies were blah — and such small portions!

As you probably know from fitting in one last beach day before school starts, no one really goes to the theater over this holiday weekend. So it’s not surprising that Guardians of the Galaxy three-peated at no. 1: With $16.3 million for the weekend, it’ll have made about $278 million by Monday and will almost certainly become the first film to break $300 million this underperforming year. Its companion in talking-animal fun, Teenage Mutant Ninja Turtles, will come out of Labor Day with about $166 million, making this the highest-grossing Ninja Turtles of the franchise. Meaning yes, Michael Bay took yet another beloved icon of your childhood and turned it into box office gold like some kind of digital, ADHD Midas.

As for the newcomers, budget-horror tchotchke As Above, So Below and Pierce Brosnan’s “I Can’t Believe It’s Not Bond!” The November Man couldn’t even break the top three (not that anyone expected them to). The former opened to $8.3 million, while the latter will pull in $11 million after opening Wednesday. On a $5 million budget, As Above gets the Costco Gold Star for economy-size profitability; The November Man, which cost $20 million, gets something more like a gentleman’s C-minus. In more clearly disappointing news, Sin City: A Dame to Kill For and The Expendables 3 only disappointed further. Sin City 2 made a paltry $2 million, while Expendables 3 made $3.5 million — neither has yet made what either original made in its opening weekend.1 The one uniquely intriguing bright spot is that Lionsgate’s Cantinflas made $2.63 million on only 382 screens, almost as if to show Hollywood that, yes, Hispanics are a growing and important demographic in this country. Imagine that!

But with the ink now officially dry on Hollywood’s summer report card, the schadenfreude-laden subject on everyone’s lips is how and why the summer was such a disappointment. What with the World Cup and a couple high-profile releases getting delayed, namely Fast & Furious 7 and Pixar’s The Good Dinosaur, the box office fortune-tellers had foreseen an 11 percent dip from last year. But a 15 percent drop feels like more than just an embarrassing stumble. Calling it the worst summer since 1997, the New York Times went out of its way to lambast Hollywood for shoveling “more of the same” at recalcitrant audiences; and Deadline featured a nifty little graph that showed the soft spot wasn’t at the bottom of the barrel, but rather the top of the order: The top 10 movies of 2014 have taken in considerably less than those of 2013. So is the movie world as we know it over? Will this summer’s travails inevitably be repackaged as the plot of Roland Emmerich’s latest apocalypse?

Eh, not so fast. Mockingjay – Part 1 and The Hobbit might dig the year out of a hole yet. And honestly, everyone expects 2015 to basically blow the roof off the multiplex, with The Avengers 2 and J.J. Abrams’s breathlessly fantasized-over Star Wars sequel. Still, that’s a lot of pressure on 2015 to break the bank, because given the inexorable rise of movie ticket prices, every year usually breaks some records. And there’s an undercurrent of dread to the denials that this is the end of moviegoing. Not because it is, per se, but because a summer like this makes it possible to conceive of an end to moviegoing. There’s that gnawing fear among studio executives that in their collective striving toward prebranded homogeneity, movies have lost a certain percentage of cultural cachet they’re just never going to get back.

Because what’s the point if that mindless product can’t even get out the masses? It’s only one data point, but, if you look at actual ticket admissions, you’ll find an interesting trend: Guardians of the Galaxy has rung up (by far) the fewest actual sales in America of any no. 1 movie since the numbers were first publicly recorded in 1995: 33.6 million. It’s still adding to that number, of course, but you have to go back to 2000’s How the Grinch Stole Christmas (47 million) to find a movie even in that grim ballpark. Compare that with The Avengers (78 million), and you start to understand how paltry this summer has been. After reaching a peak in 2003-2004, ticket admissions have been trending downward for a decade now. It’s a truth that box office analysts like to gloss over by looking at gross dollar figures, but if movies had to worry about viewership ratings, those record-breaking years wouldn’t look so hot. Look at it this way: Films like Doctor Zhivago and The Graduate still top the all-time attendance charts — above even Avengers — but if those movies were made today, you’d be lucky to catch them at a rundown art house. As Seth Meyers joked at the Emmys this year, movies are the high-maintenance girlfriend who makes you get all dressed up to go out and, increasingly, who wants to deal with that?

The rumors of moviegoing’s death have been greatly exaggerated before: When TV was invented, when the VHS player became ubiquitous, and most recently with the advent of the Internet. But as an art form, the theatrical film has surely shrunk with age. Since theatergoing, replete with popcorn and fanboys cheering at screens, is one of the few easily accessible communal experiences we still have left in our digitally balkanized age, that would be a shame. Could it one day become merely an elitist’s pastime — an experience for the aficionado, like opera or ballet? Love them or leave them, movies like Guardians of the Galaxy and X-Men: Days of Future Past are what keep that outcome at bay.

Filed Under: Movies, Box office, Marvel, guardians of the galaxy, The November Man, As Above, So Below, Cantinflas, sin city, teenage mutant ninja turtles, Pixar