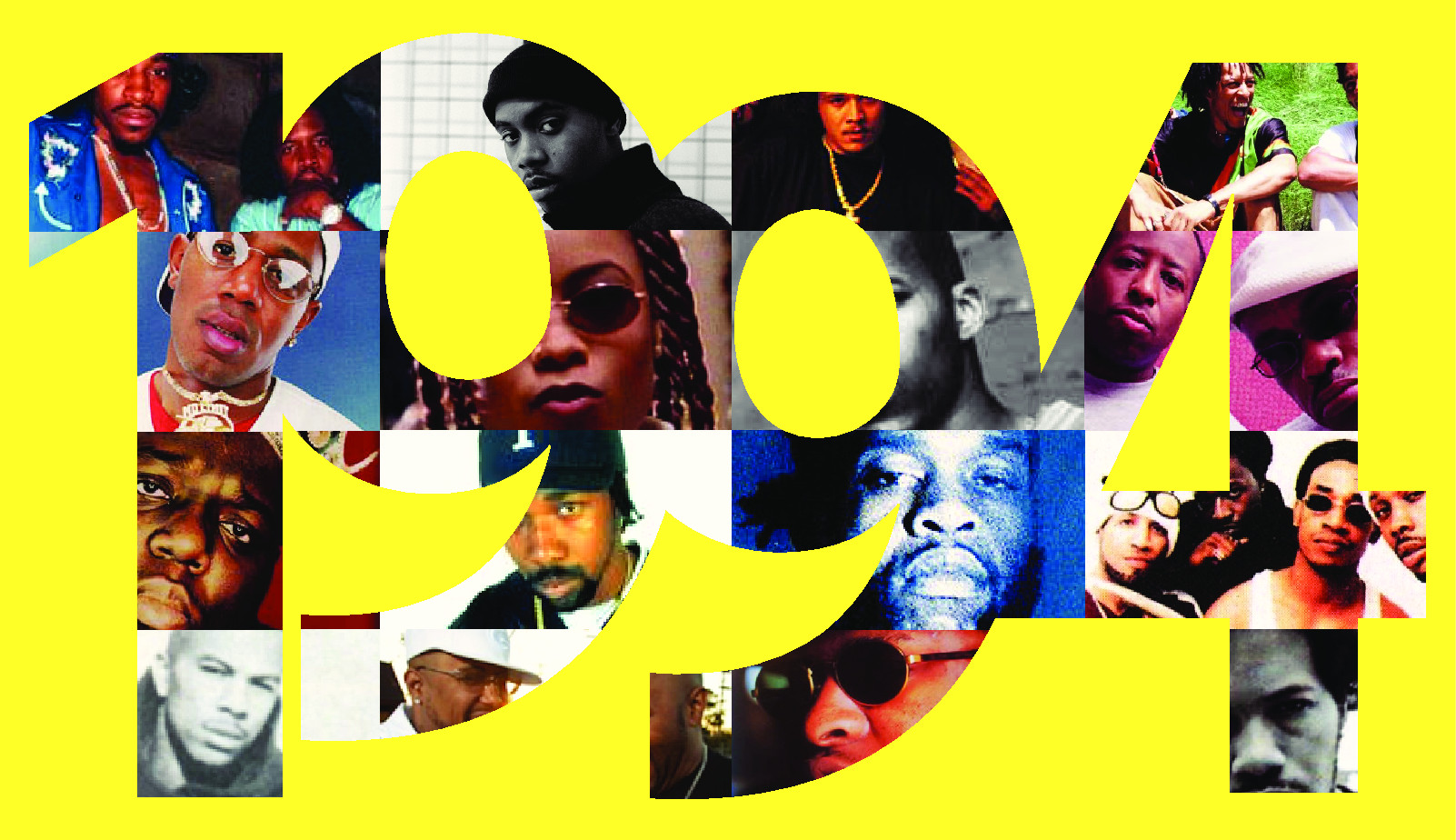 This is about celebrating the rap albums from 1994, arguably the greatest year in the history of the genre. This is not a difficult thing to understand, so I will do my best in the coming moments not to make it so. In fact, I will do the least difficult thing I can think of, which is to answer fake questions that I’m asking myself.

It charts the locations of 26 rap albums that were released in 1994, placing them in quadrants based on their individual qualities, specifically as each relates to iconography, cult status, spatial order, and temporality.

Basically, yeah. But not exactly, no. You know how that goes.

That’s fine. Just post it on Twitter or Facebook or Instagram, say you don’t agree with the placements at all, claim an album’s lack of inclusion here negates the entire thing (Craig Mack’s Project: Funk Da World, or perhaps Keith Murray’s The Most Beautifullest Thing in This World, or probably Casual’s Fear Itself), then move along about your day.

OK. But which albums qualified for inclusion on the matrix?

Rap albums that were released in 1994, which is why it’s called the 1994 Rap Album Matrix.

Wu-Tang’s Enter The Wu-Tang (36 Chambers) came out in November 1993. It’s iconic, and certainly worthy of consideration. Why didn’t you put it on there?

How were the albums chosen?

1994 was an amazing year for rap. Some of the greatest, most important, most profound rap albums of all time came out that year. So a handful of the selections were inarguable. The others — about 60 or so, gathered via a combination of (1) researchingResearchingRESEARCHING papers and essays and articles about music in 1994, and (2) emailing professional rap nerd music writers — were all measured against each other with regard to the parameters of the matrix. Then we just started chopping legs off until we had the last 26.

I don’t see my favorite album. To whom should I complain?

Those represent albums that belonged on the matrix but weren’t able to fit. It’s important that these things are substantive, but it’s also important that they look dope. So we added the EXTRAS section at the bottom. Just pretend like they’re there.

But for real: Why didn’t Rappin’ 4-Tay get on here?

Man. Dang. That is my most hurtful regret. Don’t Fight the Feelin’ was such a fun album.

What did your mom say when you showed her this?

That’s so crazy that you ask that because she lives about four hours away but actually just so happened to have been in town visiting while I was working on this. She saw me working on it and asked what I was doing. I explained to her everything that I just explained here. She leaned over a little bit to get closer to the computer, squinted through her Mexican mom glasses at the screen, scanned it for a second, and then asked, “Where’s Selena?” Selena Quintanilla is my mom’s favorite rapper. Selena Quintanilla is a deceased Tejano singer. My mom doesn’t like rap.

Enough of this. Behold the matrix: 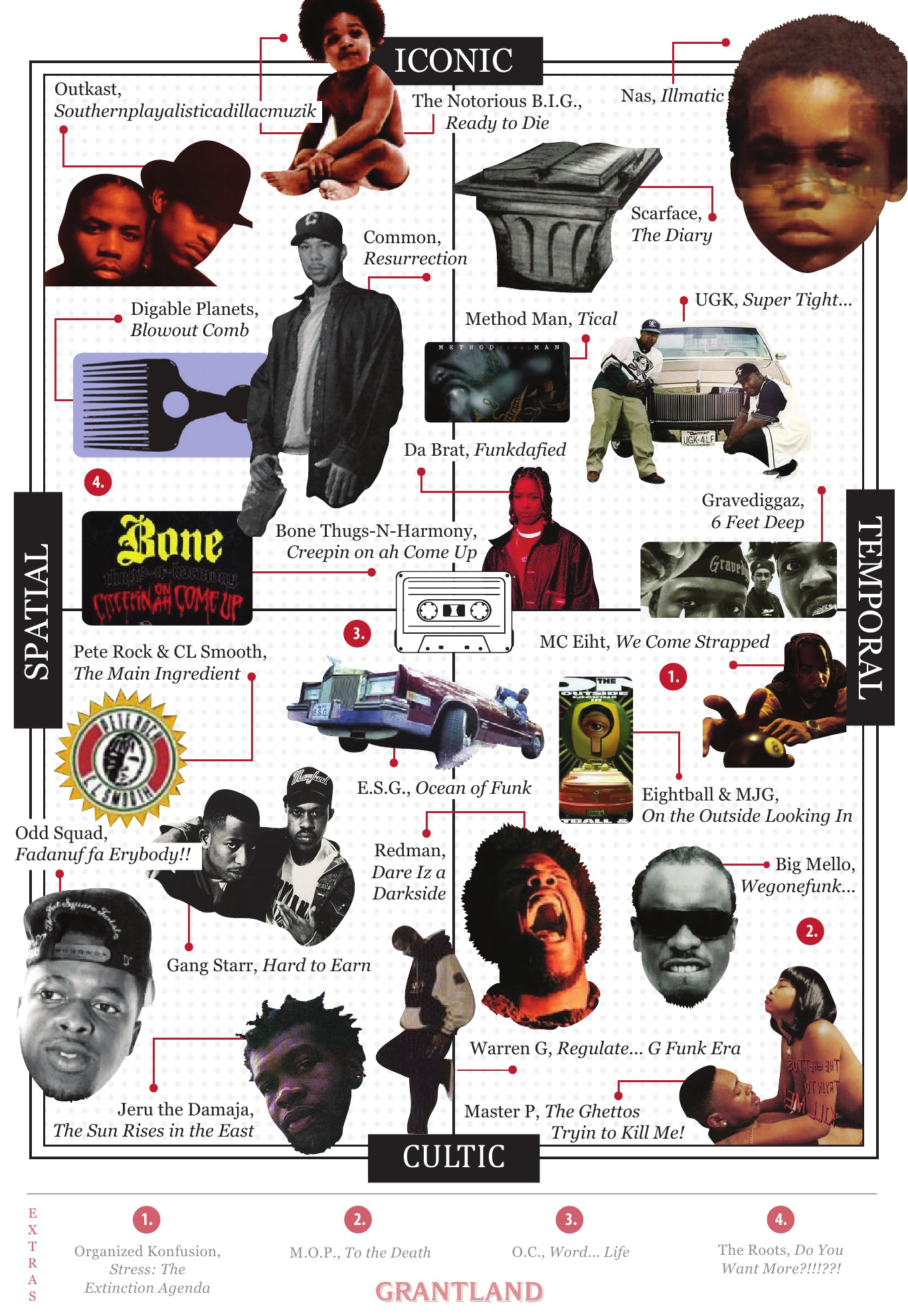 [Click here to see an expanded version of the Matrix.]

It has aged so, so well. It’s beautiful. I hadn’t listened to the whole thing in something like 10 years. It’s a very real shame Da Brat wasn’t able to put together another project as impactful. I’m not certain one great album is enough to get her in the Rap Hall of Fame, if there’s such a thing as the Rap Hall of Fame.1

The Illmatic vs. Ready to Die Debate

Ready to Die, duh. Nas is as much a chore as he is a great rapper. The only time anyone listens to Nas is when they want to take a screenshot of it to post online to pretend like they like Nas.

Big Mello Is a Big Deal

He is a cult hero in Texas, one of the first great Rap-a-Lot acts. His first album, Bone Hard Zaggin, is basically unstoppable. I can’t recommend it enough. He might’ve been the first to truly pin down the Southern version of G-funk, which is a thing a lot of people in the South were trying to do in the early ’90s, which is what eventually morphed into the gorgeous/lush/perfect Southern rap sound that UGK and Outkast perfected.

How Did Master P Get Out of That Situation Alive?

Peek up at the matrix, specifically at the bottom right corner. That’s a part of the cover of Master P’s The Ghettos Tryin To Kill Me! It’s just him (presumably) doing it with a woman. That picture alone doesn’t seem to relay the urgency of the album title (or the album itself, really). But consider the entire thing: 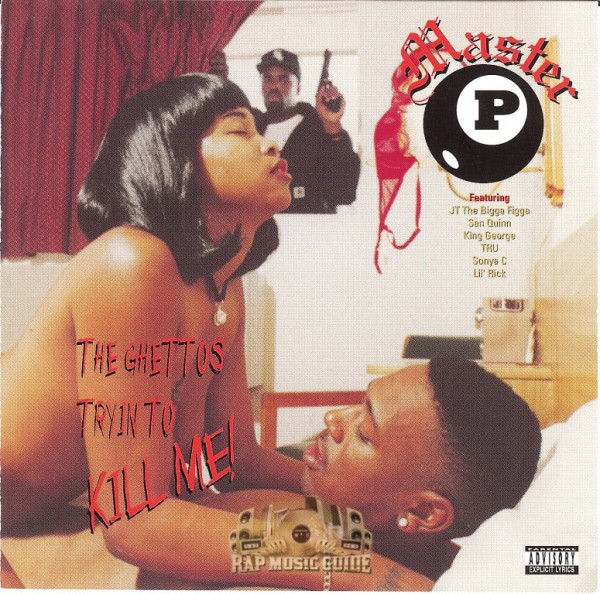 The ghetto really is trying to kill him. I’m such a fan of being literal on album covers. My other favorite: the cover for Willie D’s Controversy: 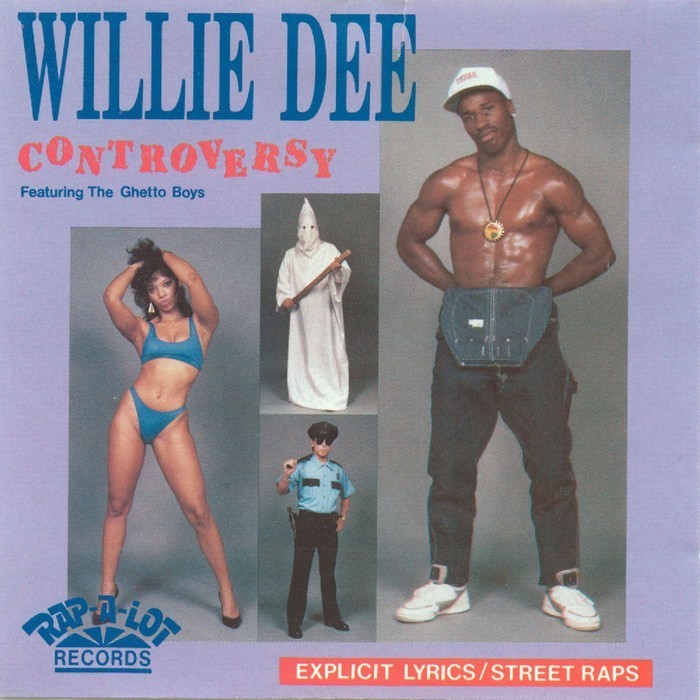 It’s like he asked, “Hey, what’s some stuff that’s controversial?” And then someone said, “Uh … the KKK. And cops. A women in a bikini. A black guy with his shirt off.” And then Willie D was like, “Man, fuck it. Put ’em all on the cover.” I love Willie D.

One of the albums that didn’t make it onto the matrix but is just so great and wonderful was Murder Was the Case: The Soundtrack. It’s a compilation tape and accompaniment to the Murder Was the Case short film that Snoop Dogg starred in. The very best song on there is Nate Dogg’s “One More Day” (Nate Dogg was legit an angel on earth — his voice was/is obscenely smooth), but the one nobody will ever forget is DJ Quik’s “Dollaz & Sense.” That’s the one where he goes ALL THE WAY after MC Eiht. I won’t relay all of the details, as they are particularly and impressively crude, but please know you should never, ever, ever play with DJ Quik. He is a suicide bomber. He has zero hesitation in his bones. He will obliterate you and himself and everyone just because he can.