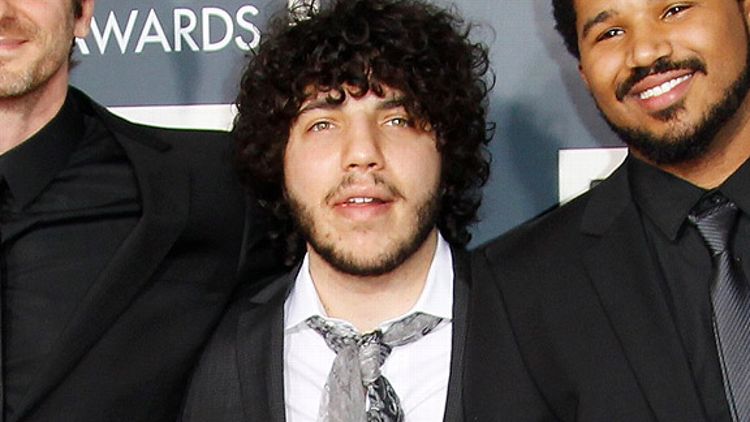 Music fan can probably rattle off at least a few of the big names behind their current favorite radio hits: folks like Dr. Luke and Max Martin, dudes who have been churning out joyous chart-toppers for decades. But behind those guys there’s a whole slew of younger, lesser-known producers masterfully pulling strings. That includes Benny Blanco, the 23-year-old producer who’s already served up jams for Katy Perry, Ke$ha, Britney Spears, Wiz Khalifa, and Justin Bieber. Blanco got his start making X-rated hip hop with Philly rapper Spank Rock, then linked up with Dr. Luke for a prolific stretch, and has recently broken out on his own. His latest creation, Maroon 5’s “Moves Like Jagger,” hit No. 1 on the Hot 100 early last month. Curious how one becomes a pop-hit machine? Blanco helpfully explains.

Breaking In: “I used to cold call labels and pretend I was one of their artist’s attorneys. I’d say, ‘This is Jay-Z’s attorney, we need to speak with Craig Kallman,’ you know, owner of Atlantic, and they’d say, ‘Right away,’ and then I’d be like, ‘Please just listen to my demo tape!’ When I called [producer] Disco D, I knew he was selling studio time, so at first I pretended I was looking for studio time. He invites me up there and I’m pushing my demo. And he’s like, ‘Dude, you’re wasting my fucking time. I got a busy fucking schedule!’ But then he listens and was like, ‘Okay, this is cool. I’m leaving for Brazil tomorrow — you gotta fill up the studio, and if you do, you get a job.’ I was scrambling; I didn’t live in New York, I had no idea what I was doing. But I called every person that I knew and filled the studio for the weekend.”

“So I was interning for Disco D, and one night I met this guy Spank Rock. It was like two in the morning, I think I was getting them tuna sandwiches, and I walk in and he’s like, ‘Yo, what do you think of this line?’ We ended up doing an album together based off 2 Live Crew samples. Downtown Records signed us, and then they ended up offering me a publishing deal. Me and my manager, we didn’t know what a publishing deal was. So I’m chilling, and we get offered this publishing deal, then another publishing deal, then another publishing deal. And this one lady who couldn’t sign me — the deal just wasn’t right — she’s like, ‘Before you make up your mind, you have to meet this one guy, his name is Dr. Luke.’ I didn’t know anything about pop music so I didn’t know who he was. When we met, I thought he didn’t like me. But next thing I know we’re making pop music.”

The Process: “I’m a songwriter as well. I build from the ground up. In hip hop, it’s a lot more about lacing a hot track. I start it, I help mix it, I help write it, I help produce it, I cut the person’s vocals. I’m involved from the beginning to the end of a song. I’m not just giving someone a beat, you know? There’s a lot less room for mistake in pop music. The mistakes in hip hop make it sound cool. People are starting to be cool with it again but for a while, in pop music, having one note off, people were like, ‘Whaaaat'”

“It’s different every single time. Sometimes we get in the studio and just like, fucking play ping pong for three hours and we eat for three hours, and then it’s like, ‘Oh I got a piano line.’ ‘California Gurls’ came about very crazy. I had took a road trip from New York to L.A., and I really was just stopping by the studio to say what’s up to Luke, ‘cause I was super tired. I get over there, and he’s like ‘yo, man, lets make a beat.’ We’re just sitting, talking, listening to music in one of the lounges. Literally, a lounge, in the studio, that happened to have a little set up, a little bass guitar, and these keyboards that cost $25 that we got from a garage sale. We were fucking around and we made two tracks, and that was ‘California Gurls’ and ‘Teenage Dream.’ In literally twenty minutes.”

Writing Lyrics: “I’ll be listening to a certain song, and I’m like ‘Oh this song makes me feel good, I’ll write lyrics that make me feel good.’ Or I’ll think of concepts in my head, and kick it around with friends. The next Gym Class Heroes song that’s coming out, we were sitting there trying to come up with the last line of the chorus, and we couldn’t come up with anything. When you get to that line, you want it to be like the punch line of the joke. Everything was like, ‘Shit, that’s not cool, that’s too safe, that’s not a payoff.’ And when we can’t come up with lyrics, we really come up with goofy things. We’ll be like, ‘Get a blow joooob,’ shit that makes us laugh. And my friend goes, ‘Get your ass back home.’ And we’re like, ‘Dude, that’s ridiculous,’ and then we’re like, ‘Wait, that’s kind of dope.’ So the next Gym Class Heroes song is called “Ass Back Home.” It’s basically about him being so busy on the road that he can’t be around all the time, and the girls is like, ‘I know you’re busy and all, but sometimes you just need to get ass back home.'”

On His Current Hit: “My friend, Shellback, he was in Sweden, and we were on video chat. He’s like, ‘I got this idea. It’s alright. You wanna hear it?’ He played it for me, and I’m like, ‘That shit is nuts.’ He had a melody and nonsense lyrics that didn’t say anything. He was just saying anything that came to his head. But it did have a part in it that said, ‘Moves like Jagger.’ I was like, ‘We gotta keep that, we gotta keep that!’ We started messing around with it a little bit, and we ended up sitting down with Adam Levine and writing it all together. Right now organic music, like more live music, is working, and we were trying to figure out where to put that together with the electronic stuff. I wanted it to have a Jamiroquai feel, like an old funky feel. And it just happened so fast.”

Influences: “I try to listen to over a hundred different songs a day. I listen to every single thing. If you’re just listening to pop music, you’re just gonna make pop music. I listen to Adele, Yo Yo Ma, Gucci Mane … I don’t listen to the radio, cause I don’t have a driver’s license. But if I’m in L.A. or somewhere where we have to rent a car, I’ll hear my songs. Sometimes I hear them when I’m in stores, and I’m still like a little kid in a candy shop: ‘Oh my god, that’s my song!’ I don’t know how that could ever get old. I love music. It’s the best thing in the world.”

Hit-Making Intuition: “Honestly I’ve had people come up to me and be like, ‘Yo, I heard you have that machine and you put that song through the machine and it tells you if it’s a hit.’ They’re like, ‘Oh, you put that thing on the vocals, and that makes it automatically be good?’ And I’m like, ‘Oh, yeah, totally.’ You just make music you love and you hope that people share the same opinion. I think I’m kind of an average listener. I think if I do something that I like then maybe some other people might like it. I don’t second guess myself, and I try to do something different. I don’t want anyone to hear my song and say, ‘That kind of sounds like so-and-so’s new song.’ Sometimes I copy myself but, it’s like, everyone copies from someone.”

Filed Under: How to