The Rockets Reach for Greatness 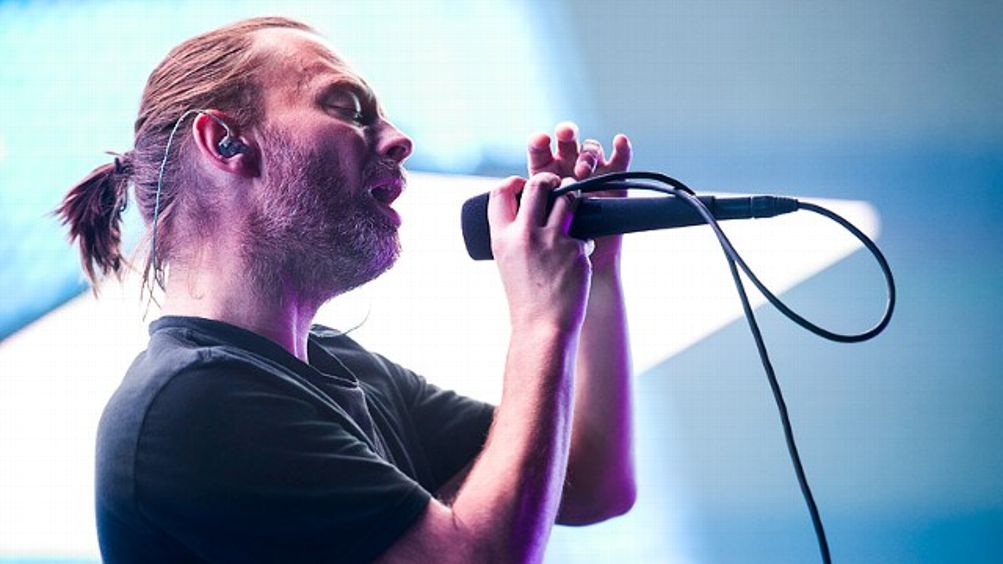 At roughly the midpoint last year between when he checked into rehab and when he officially disbanded Ween, Aaron “Gene” Freeman called me up one day to discuss his about-to-be released debut solo album, a lushly recorded and decidedly not-brown collection of Rod McKuen covers called Marvelous Clouds. It’s a good record — very pretty and sad around the edges, and highlighted by excellent musicianship and Freeman’s sparkling, surprisingly straightforward vocals. Marvelous Clouds was Freeman’s “mature” record, only Freeman wouldn’t have put quotation marks around mature. After nearly two decades of making twisted, tasteless, and proudly adolescent pop music (or country or prog-rock or Philly soul), Freeman was ready to grow up — or rather, to allow his music to take on “grown-up” signifiers.

“I want to get progressively lamer and lamer in a really good way,” Freeman told me, like a man living the first day of the rest of his life. (He phoned from an Arizona rehabilitation facility.) Freeman posited “lameness”1 as liberation from childish concerns over “edginess” and “relevance”; he was determined to relax his way into middle age. Freeman was already thinking about his next album, which he said — with (I’m guessing) 30 percent sincerity — would be influenced by Phil Collins’s “Disney” period.2 “I mean, if Phil Collins would produce it, I’d be into that,” he said. “Or Elton John. Or both of them together. Elton John and Phil Collins together. Finally, after all these years. That’s my dream. That’s where I’m going.”

I thought about Aaron Freeman last week as I listened to the new Atoms for Peace LP once, twice, or perhaps several times. Atoms for Peace is a supergroup led by Thom Yorke that includes Flea from the Red Hot Chili Peppers, frequent Radiohead producer Nigel Godrich, semi-famous drummer-for-hire Joey Waronker, and Brazilian percussionist Mauro Refosco. The name of the record is Amok, and it aims to evoke the interior architecture of a jittery and cluttered headspace via low-key bleeps, bloops, whirs, swooshes, clanks, clunks, vrooms, wonka-wonkas, and deedles. And I guess it does this very effectively, since it gets me so lost in my own cluttered headspace that I forget it’s on. I actually got up from my chair once to restart Amok when it was already playing. Or maybe I dreamt that. I’m not 100 percent positive Amok is real. It may only exist in an unmarked zone between my shifting states of consciousness.

I won’t go so far as to say that Amok is “lame,” but it is inconsequential in a way we’re not accustomed to for a record even tangentially related to Radiohead. After assembling Atoms for Peace for a 2010 tour centered on songs from his four-year-old solo record The Eraser, Yorke held recording sessions for Amok at Flea’s house, where “we got wasted, played pool and listened to Fela Kuti all night,” as he told Rolling Stone. Yorke and Godrich later took the band recordings and merged them with electronic pieces composed on Yorke’s laptop.

Yorke describes Amok as “a record where you [aren’t] quite sure where the human starts and the machine ends,” which makes it a sort of sequel to Radiohead’s last album, 2011’s The King of Limbs. Aside from the opening track, “Before Your Very Eyes” — which starts off as Kuti-esque Afro-pop before taking a foreboding Darth Vader turn in the second half — Amok hardly sounds like it was made by a band at all. Given that Yorke had no problem chopping up Radiohead and parceling it out in miserly scraps over Limbs‘s glitchy soundscapes, it’s not a surprise that he chose to carve up Flea’s thumb-whacks into flinty toothpicks on Amok.

As it is with every Radiohead release, The King of Limbs was an event for rock fans who argued over whether it was an inscrutable toss-off or a subtly sophisticated masterwork. The accusation hurled at those who leaned toward the former was that they failed to grant the record the attention it deserved. “Just give it time,” said the Limbs-heads.3 “Listen to it on headphones. Radiohead has earned the benefit of the doubt.”4 Like Limbs, Amok will probably be described as “difficult” or “inaccessible,” because it favors texture over songs and isn’t particularly easy to love. But the most challenging aspect of Amok is taking it seriously.

It’s my job to take Amok seriously, and this is the best I can come up with: It is a record concerned with process, not necessarily results. Getting drunk with Flea, I’m sure, was fun. Obsessing over the inevitably impeccable minutiae stuck in the margins of every track — the way the sci-fi synths squirrel out a trace of a melody in “Default,” the way the bass and the vocals rub up next to each other like strangers’ shoulders on a crowded dance floor on “Ingenue,” the way Yorke bounces off his own multi-tracked backing vocals on “Stuck Together Pieces” — must have been enjoyable for a couple of techno-geeks like Yorke and Godrich to endlessly dither with after DJ sets at Low End Theory. But as an album that people will patiently play until some deep-down secret greatness emerges, Amok is an indulgent dead end.

Yorke, even in jest, would never talk about collaborating with Phil Collins or Elton John. But Amok is still a “graying ponytail” record: Yorke’s reference points are more modern — aping Flying Lotus will read as “futurist” in the right circles — but the mellow, low-stakes vibe is undeniable. I wonder if Yorke, like Freeman, made a deliberate decision to go this route. It’s possible even he was annoyed by the intense chatter over The King of Limbs. Can you imagine how exhausting it is being in Radiohead at this point? Why can’t you just make a record? Why does everything have to be important? The amount of effort required to live up to expectations must be Herculean. Sometimes you just want to find a comfortable place to sit and let your mind wander for a while. 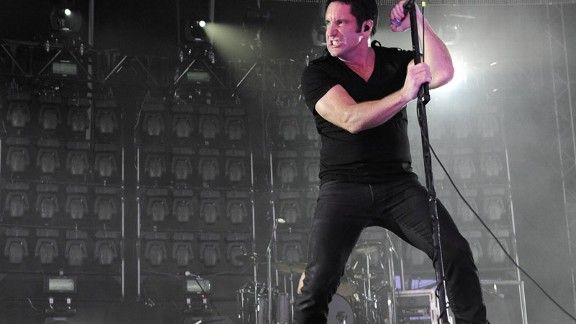 Trent Reznor is also in the middle of an extended sabbatical away from a highly successful rock-and-roll corporation. But Reznor isn’t dodging work so much as plotting his second act. In fact, Reznor may no longer need to go back to Nine Inch Nails.5 He’s been doing just fine lately being an Oscar-winning orchestrator of Fincheresque mood pieces and shepherding the group How to Destroy Angels with creative partner Atticus Ross and his wife, Mariqueen Maandig.6

The animatronic R&B creep of How to Destroy Angels’ new Welcome Oblivion — imagine an xx record with an arena-rock pulse, or Massive Attack’s lost Bauhaus tribute record — is an extension of Reznor’s brilliant collaborations with Ross on the scores for The Social Network and The Girl With the Dragon Tattoo. (Nine Inch Nails’ sketchlike 2008 effort Ghosts I-IV, which featured Ross as a cowriter, is another reference point.) As a singer, Maandig is serviceable at best, and becomes a liability when pushed to the forefront. (Her big diva moment on “How Long?” is easily Oblivion‘s weakest moment.) But when Reznor and Ross utilize Maandig like another heart-rattling synth or skeletal drum machine slithering in the mix — like on “Too Late All Gone,” in which Reznor joins (and outshines) Maandig on the chorus — Oblivion plays like a soundtrack for a sexy, goth-y slasher flick. Oblivion gets really good when it dispatches Maandig altogether, like on the trio of instrumentals that bring the record to a shuddering climax.

Nine Inch Nails will probably always be associated with a strain of stringy-haired, black-trench-coated teen alienation specific to the ’90s. But as Reznor creeps ever closer to 50, the vengeful violence in his music has been bled out, revealing an elegant formalism that was previously obscured by cagey, fuck-you-like-an-animal fury. Now that he’s an elder statesman, Reznor has assumed the role of an alt-rock Quincy Jones — the guy who can assemble perfect-sounding records better than any of his contemporaries. The pleasures of Welcome Oblivion (as well as How to Destroy Angels’ stage-setting EPs) come from witnessing Reznor ply his studio genius in subtler, more sensual sonic realms, whether he’s slicing and dicing vintage Upstairs at Eric’s keyboard sounds on “Strings and Attractors” or taking a left turn toward Mumford guitar plunks on “Ice Age.”

This is the part where I look like I’m contradicting myself: Welcome Oblivion is heavy on atmosphere and processed sounds. It is densely detailed on the outskirts and generous with the wide-open blank spaces at the center. Because Welcome Oblivion is released under the guise of a side project, it is allowed to be “interesting” without the pressure to be exceptional. On paper, it is the same record as Amok — but Welcome Oblivion is part of a genuine second career for Reznor, rather than a respite from his old one.

Filed Under: Celebrities, How to, Series, Trent Reznor