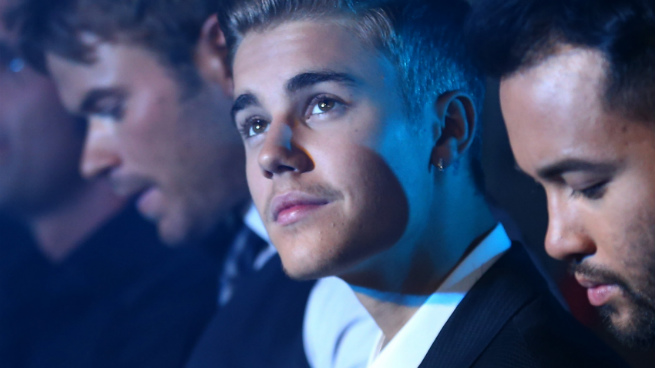 How is Justin Bieber moving on from the leak of a video that showed him telling racist jokes and casually throwing around the n-word? He immediately issued an apology for the video, and, after a second, lengthier, and even more damning video surfaced including footage of him singing his song “One Less Lonely Girl” with modified racist lyrics, he posted an Instagram of several Bible verses. And finally, to put this latest fuck-up behind him, Justin arranged to get baptized in a friend’s bathtub by Pastor Carl Lentz, according to TMZ.

This creates a new redemption arc for Justin Bieber that goes perfectly with his whole Jesus complex (not to mention a perfect mental image of him floating in a fancy bathtub like a giant baby). He committed the ultimate sin of getting caught, and now he has to do his penance in front of the world, which will lead him into a comeback cycle just in time for another album to drop. He told the Sun: “Facing my mistakes from years ago has been one of the hardest things I’ve ever dealt with. But I feel now that I need to take responsibility for those mistakes and not let them linger. … At the end of the day, I just need to step up and own what I did.”

This scandal comes right as Bieber is trying to transition out of making songs for tweenies and into the “urban” music market, by moving to Atlanta, featuring rappers on Drake-ish new songs, and growing a struggle mustache. Now that he’s been defended by Mack Maine, Chris Brown, Russell Brand, and 50 Cent as “not a racist,” Justin Bieber is hoping the public will agree he was merely an ignorant child who made a mistake by throwing racial slurs around. Bieber’s longtime mentor Usher chided but also championed him in an Instagram post, writing: “As I have watched Justin Bieber navigate difficult waters as a young man, I can tell you that he hasn’t always chosen the path of his greatest potential, but he is unequivocally not a racist.” But what if the path of his greatest potential IS getting taped sleeping with Brazilian prostitutes? Usher says Bieber “5 years ago was a naive child who did not understand the negative power and degradation that comes from playing with racial slurs. What he is now is a young man faced with an opportunity to become his best self, an example to the millions of kids that follow him not to make the same mistakes.” (Side note: Is Usher running for office? Because he should really consider it.) The video was taken when Bieber was 15 years old, which I wouldn’t necessarily call “a naive child,” but sure, let’s try to push this story toward something positive or useful. Mind you, nobody is defending Justin’s right to use the n-word — everyone seems to be united on the point that it was a bad, dumb thing for JB to do in private or in public.

Between the Bieber incident and Jonah Hill’s apology for yelling a homophobic slur at a paparazzo, it’s been an interesting week for white male celebrities publicly reconsidering the power of language. There’s always been an attitude that you can’t stop kids from learning hateful language and using it. Sometimes there’s a rationalization invoked that kids don’t really know what the words mean, or that the words have become divorced from their original hateful meanings. But shit like that remains powerful precisely because it’s ingrained in everyone from a playground level. I think Jonah Hill is really sorry, and that Justin Bieber is, too, and maybe it’s good they have inadvertently both become the new spokespeople for thinking before you speak.

Blockbuster Talk: The Semi-Triumphant Return of Tom Cruise in 'Edge of Tomorrow'