See You All in the Playoffs 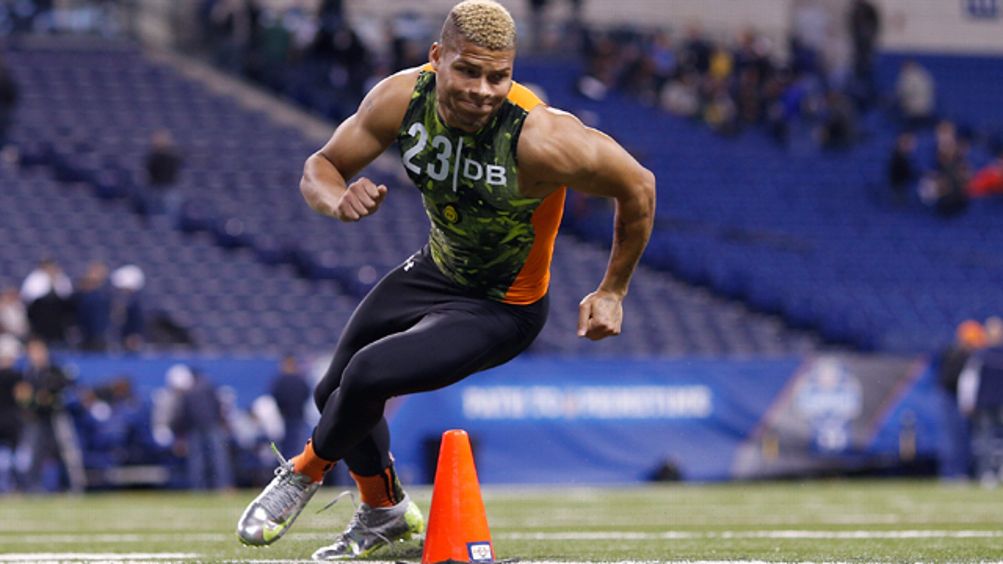 Welcome to the most exciting and the most boring NFL draft in recent memory. Yes, somehow, the 2013 edition of this three-day spectacle manages to pull off both those adjectives.

It’s boring in the sense that the player pool lacks, if we’re being honest, a little sexiness. Or any sexiness. This is a player pool for football nerds, a draft that lacks a clear franchise-changing talent while offering players who can make a difference in the oft-ignored trenches. Sturdy offensive linemen and mauling defensive linemen abound.

Since 1970, the average first round has seen more than 10 combined quarterbacks, running backs, wideouts, and tight ends come off the board. A minimum of eight have come off in each of the past 28 first rounds. This year, Mel Kiper’s final mock draft has five such players getting drafted on Thursday night, while Todd McShay’s ultimate mock has seven. The postmerger low is five, a figure this draft could hit if the league collectively agrees that these quarterbacks are no good.

What’s truly exciting is the level of uncertainty surrounding almost everything that’s about to happen. This is the first draft in which we really don’t know who the first overall pick will be on the morning of the event since the Alex Smith–Aaron Rodgers debate in 2005. Nobody is truly penciled in anywhere, and even the fits that seem to make sense (e.g., Ryan Nassib–to-the-Bills) are subject to some skepticism. It feels like there are a half-dozen guys who could either go in the top 12 or not come off the board until the end of the second round. And since both ESPN and the NFL Network have agreed to avoid airing spoilers for each pick by no longer showing players picking up their phones in the green room, there’s going to be a level of surprise in this year’s draft that hasn’t been around in years past.

So how do you watch a draft full of players you probably haven’t heard of with no locks or guarantees? Well, you bet on it. The online sportsbook Bovada publishes bets on just about everything, and the NFL draft is no exception. I’m excited to go through and become the subject of your scorn on Twitter by guessing where players might go. But let’s start with a simple multiple-choice question.

Who will be the second overall pick of the draft?

These odds are from earlier in the week, but with the rumors continuing to spread that the Chiefs are shifting toward taking Fisher over Joeckel with the first overall pick, wouldn’t you want some of those long odds on Joeckel? I personally think that the Jaguars will keep the pick and take Jordan with the second selection, but 15-to-1 on Joeckel is hard to beat.

Bovada also posted the endlessly fascinating over-under bets on the draft position of a number of players in interesting predicaments. Since I find nothing more fun than being told on Twitter that I’m an idiot, I’ll even go through and make some predictions for where I think each guy will end up.

It’s a pretty simple bet. If you think Geno Smith will be taken with one of the first eight picks of the draft (and stay under the 8.5 figure), you’d take the under. On the other hand, if you think Smith won’t come off the board until at least the ninth overall pick (going over 8.5), you’d want to bet the over.

In Mel Kiper’s most recent mock draft, Geno Smith wasn’t selected by any team in the first round. In his previous mock draft, Smith was taken with the fourth overall pick by the Eagles. I’m not knocking Mel, but instead pointing out just how dramatically Smith’s stock seems to shift from week to week. He gets praised and then some anonymous scouting director disses him. Somebody writes a terrible scouting report on him (that I’m not going to link to) and then each of his ex-teammates and coaches comes to his defense. It’s hard to tell what’s a smoke screen and what’s a genuine criticism, and that goes double this year. I think Smith goes in the first round, but as Kiper noted in that mock that brought him to the Eagles, it’s more likely to come via a trade at the end of the first round than via a top-eight selection. I’d go over on this one.

The Bills can’t really take Barkley with the eighth overall pick, can they? It certainly feels like the late chatter suggesting they prefer Barkley to Syracuse product Ryan Nassib is an attempt to convince the rest of the league that they’re not desperate to get Doug Marrone’s former pupil, but what’s the endgame? If they’re just going to take Nassib at eight anyway, they’re going to get thank-you cards from the other 31 teams in the league by Friday morning. Maybe they’re hoping to trade up to the end of the first round and get Nassib that way. Even though Barkley would have to pass by the likes of the Jaguars twice to win this bet, I’m still going over on it.

This is a decidedly weak class of running backs, so you can understand a team in need of a running back choosing to chase one of the few actual talents at tailback in the pool, but I don’t know if the first 84 makes much sense for Lattimore. Even if he somehow miraculously recovers in time for the beginning of the 2013 campaign, he’s still coming off two major knee injuries in college, the last of which was catastrophic. He was 23rd in Todd McShay’s initial mock draft from May of last year, so it’s not like this is a Nerlens Noel sort of situation; even a healthy Lattimore probably would have been a late first-round pick. I suspect that he will drop into the final stages of the draft and, again, I’ll take the over.

Under time! Somebody is going to take Austin with one of the first 10 picks of the draft. It just seems inevitable to me, especially after the leaguewide Russell Wilson brain fart last year, when teams undervalued a productive, supremely talented player because he was too short. I am positive at least one team is abiding by that logic after watching Austin destroy teams on tape for two months. There’s been enough interest in him in the early teens that I think he almost surely comes off the board before 13. This is an under.

Te’o was always going to be an overrated prospect; intangibles mean something, but college intangibles don’t always translate into professional ones (and vice versa), and Notre Dame’s season was built upon an unsustainable 5-0 record in one-score games. After his performance in the national championship game and the revelations from his girlfriend scandal, though, Te’o might strangely be underrated. Despite possible links to the Giants (who don’t really value middle linebackers and rarely use their early draft picks to acquire them), I think he makes it all the way to the end of the first round, which would make this a slight over.

It takes only one team to talk itself into Mathieu as a second-round pick. It’ll remember the weed issues that surrounded Aaron Hernandez and how they’ve disappeared since he entered the pros (with a contract that fit his past). They’ll go back on tape and see Mathieu’s ability as a return man and as a defensive playmaker. They’ll have spent time this April figuring out a way to use him as a hybrid player, as something resembling a safety capable of covering slot receivers and even tight ends heading up the seam. He’s a Swiss army knife guy, and those sorts of players never seem to fall in the draft. I think he ends up with Baltimore or Houston and before the 75th pick, making this an under.

There are also plenty of opportunities to keep pools going throughout the night. Someone else’s misfortune can be your fortune! Pools are a great way to keep everyone interested after they’ve already seen their team of choice use their first-round pick. The best pool for this year’s draft, very obviously, is to get action down on the identity of the last player left sitting in the green room. This year 23 players were invited to attend the draft, which should leave two or three names for each person at your draft party to nab as part of their fantasy heartbreak team.

And finally, there’s a great hidden subplot to the draft that just popped up over the past few days. We all need to cherish the fact that the Jets have two relatively high first-round picks. This is the first time the Jets have had two picks in the first half of the first round since 2000, when they somehow accumulated four of the first 27 picks. There are times when the “Jets fans hate everything” meme is overblown, but this is not one of those years. They’re coming off a dismal season, they have no hope for 2013 with Mark Sanchez at quarterback, and they just traded away their best player at the lowest possible point of his value.

And even worse, there’s nothing they can do to make their fans happy. At best, they can draft Tavon Austin with the ninth pick and distract them with the idea of a playmaker. It could go south fast. Let’s say they draft somebody at nine whom the fans aren’t on board with — let’s throw Tyler Eifert out there. Can you imagine Jets fans going nuts, booing the pick at nine … and then booing all the way through to their selection at 13? Nothing would shift Roger Goodell into his angry principal mode more quickly. They could take over the middle of the draft. Suggested picks: Draft a letter of apology for the Mark Sanchez contract extension at nine, and follow it with a half-price beer special for season-ticket holders at 13.