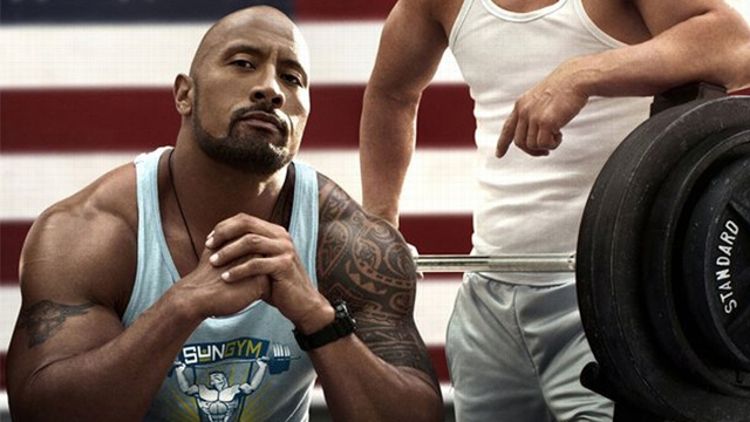 Last Thursday, January 17, a very important thing happened: The Spring Breakers trailer was released. The movie itself won’t be out until those effervescent spring days, when fresh-faced coeds will actually be heading south in herds to quaff flavored rum from one another’s navels. But its trailer — with its outre sensationalism, its lush provocateurism, and its Gucci Mane — has already proved itself to be, above all, one thing: art. Art set to Skrillex.

And its influence is already being heard. The weekend after the Spring Breakers trailer dropped, a new TV spot for Pain and Gain popped up, too. The original Pain and Gain trailer was plenty mesmerizing. (If Michael Bay still needs a movie poster blurb, he could do worse than “I just ejaculated.”) But someone, somewhere, decided its soundtrack, built around Sleigh Bells’ “Kids,” just wasn’t hacking it. And so, wigwigwigwigzschwwoomnpa, here comes some dubstep.

Now, it’s obvious why dubstep and movie trailers go hand in hand. For one, the genre has already captured the shorted brain waves of a molly-addled generation. For two, its “robot having an orgasm” noises are perfect to make any old dumb thing look exciting. (Emily Weber, who works at Position Music, a company that makes generic trailer music, calls it “editor candy. Lots of crazy noises that you can cut picture to.”) The current vogue among the movie trailer editor cognoscenti is, of course, for knockoffs of Hans Zimmer’s Inception bwaaaangs. But the bwaaaangs’ days are numbered; dubstep’s domination of the movie trailer game is inevitable. So can we figure out how to use it properly? Yes, of course we can!

Ah. Perfection. And, we see here, it’s all about pacing. Set-up dialogue, some clattering drums, a gun being cocked, Gucci talking about the people in his employ that’ll “hide your body parts,” a couple of muted bwaaaangs (a respectful nod to the old school) — and only then do we get the Skrillex. And by then, joyous and full-fledged, it feels earned. When the drop does come, it’s soundtracking Franco and the girls, in pink balaclavas and advanced weaponry, having a nice little bed jump. 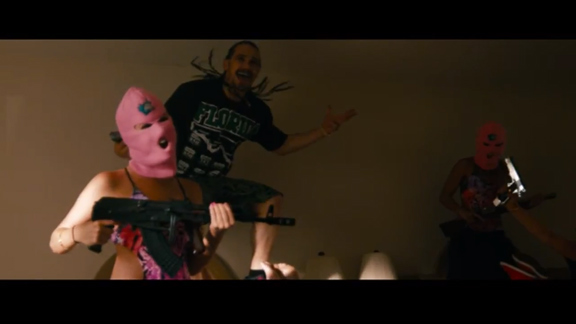 I mean, seamless. By the way, Skrillex composed music (alongside Drive’s Cliff Martinez) for the flick, so he was probably in the editing suite when they were cutting the trailer, sweeping bangs out of his eyes so as to more perfectly suggest how to utilize his dubstep.

Now, back to Pain and Gain.

Ugh. A mess. A smidge of tropicalia, a couple of light wubs, and then it’s off to the races, with a full suite of Lazer Mexican Standoff. (The song is Knife Party’s “Bonfire,” compressed to its flashiest elements). Where’s the grace? The elegance?! It’s a massacre, breathless and uncouth. But look, it’s good we’re talking about this. It’s a learning experience. Now we know: You have to pick your spots with the dubstep.

And it could be worse. As GameFAQ forum commenter MetlGearPIkachu astutely observes, Looper and Alex Cross used the same dubstep track for their trailers.

How awkward! What’s worse, it’s one of the stock, generic dubstep tracks churned out by the aforementioned Position Music. It’s called “Crushing Blow,” and, apparently, it comes cheap. And so we learn one more thing: When dubstepping, make sure you shell out for the top shelf stuff. There’s nothing more embarrassing than your trailer having the same wubwubwubwubs as the next guy’s.

Lastly, and most importantly: If your movie is set during the democracy-defending, history-making dogfights of World War II, it prooooobably shouldn’t have dubstep in it.

That’s real! Don’t do that!

Filed Under: How to, Looper, Pain and Gain, Spring Breakers