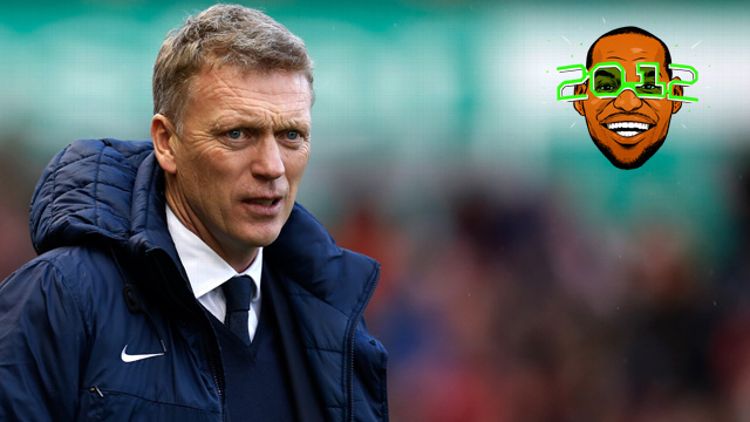 It was the year a man became very famous for possessing an unshakable belief in math and basic reasoning skills. This probably says less about Nate Silver and more about the small armies of Silver skeptics, gut-driven intuitionists uninterested in parsing the differences between probability and prediction, correlation and causation. But in the weeks leading up to election night, Silver cemented his role as our all-seeing eye. His name and fine-tuned, closely guarded formulas became an instant salve anytime someone started freaking out: “Nate Silver says … ” Between his bestseller, The Signal and the Noise, and near-flawless election predictions, nobody had a better year reputation-wise than Silver.

Imagine all those anxious pre-election conversations that got hijacked by fantasy obsessives wanting to tell anyone who would listen about Bill Pecota and the days when Silver was just another stats hobbyist. Silver’s celebrity and growing influence signal broader changes in how we are willing to see the world — it’s still startling to realize that he and cable news pundits were describing the same contest. But it’s a shift that people who follow sports have been aware of for quite some time now. With each passing year, we grow more comfortable with the oceans of data out there, from the new metrics for evaluating and ranking player performance to the very real possibility that something as natural-seeming as ERA might actually be relatively worthless. It’s no longer strange to see a “stats guru” slide into a front office position or for a team to invest in strange new technologies to start tabulating biomechanical data.

It’s too early to measure the influence of all the number-crunching and formula-testing that took place on the Internet and at analytics conferences in 2012, whether QBR will catch on the way VORP or OPS have, and that’s partly the point. The game evolves gradually, and with it so does our ability to describe it. New analytical tools or forms of data collection stick only insofar as they’re useful to us. But one thing is for certain: Our standards have changed, and with it, so have our expectations of management, scouts, romantic owners chasing marquee stars. The common fan has ways of deconstructing bad decision making at every turn. We recognize desperation for what it is.

Stats were once perceived as the province of nerd extremists and close readers of baseball cards. Numbers were the only legacies left behind by players of the past, yet there seemed to be a limit to what those numbers could tell us. In this version of the past, teams were powered by instinct and clutch, rising-to-the-occasion performances; they were governed by hunches, gut feelings, the wisdom of having once served in the trenches. This oversimplifies things, but it’s telling that the caricature sounds so absurd to us nowadays, as some combination of fantasy sports, online betting, free time on the Internet, and video games produced a desire among common fans for more raw data, an edge in both competition and conversation. There’s a broader context for this as well, a culture-wide shift toward analytics, measurables, concrete evaluations. We’re more interested than ever in giving things that seem mysterious and ephemeral the shape of logic, from friendship (Klout, for example) to learning (our overinvestment in standardized testing).

Of course, there’s something potentially obnoxious and joyless about all this at the level of the interpersonal, especially when it concerns something like sports. Suddenly everyone’s a statistician when it comes to critiquing the sample size of #Linsanity — (a) “It’s only been eight games,” (b) “It’s already been 10 percent of the season!” — and the unbridled, kidlike irrationality of hoping against hope can feel stupid when confronted with statistical near-certainties. There’s also the weird and unexplainable, the correlations that stay consistent over years, why certain players can’t do it against certain teams, the empires built on holy coincidence.

But the data revolution has made contests more interesting, as well. There’s always a broader context whenever teams with contrasting philosophies meet on the battlefield, all those passing moments when ideologies face off against one another. There’s something greater at stake whenever the A’s or the Rockets go on a run, as though Billy Beane or Daryl Morey has staked his reputation on some alien sense of what actually matters.

The sea change came, as everyone knows, with Michael Lewis’s paradoxical Moneyball. While the book was essentially a demystification of an unquantifiable, intuitive genius, it merely replaced one form of authority with another. Rather than the raggedy scout seeing visions, here were the stubborn, data-mining Beane and young Paul DePodesta coldly scrutinizing their almanacs. The notion of “moneyball” was reduced to a series of discrete actions and values, a rejection of tradition rather than an improvement built atop it. In actuality, Beane wasn’t overturning the status quo so much as pointing out its limitations. His approach was about recognizing a paradigm for what it was. There is no eternal truth, only shared foundations and assumptions that produce outcomes. There is only the common sense of our present.

Perhaps it’s a sign of Beane’s success that he’s no longer perceived as some darling outsider; his ideas are commonplace. The question becomes whether this will end up as history repeating itself, only instead of GMs perusing Moneyball, taking it literally and scouring the minors for Kevin Youk-alikes, it will be an arms race for data, any kind of data. Not that informed deliberation will ever be a mere fad, but we’ve already begun to see this happen. NBA teams are buying Matrix-mesmeric, shiver-sensing multi-angle cameras without any clear sense of what to do with them. NFL teams are equipping everyone with iPads when it wasn’t so long ago salary caps were done with pencil and paper.

Even gaming has found a role to play in a world it only previously sought to simulate. A few years ago, Everton manager David Moyes entered into an arrangement with Sports Interactive, the company that makes the beloved strategy game Football Manager. Sports Interactive employs over 1,500 professional and amateur scouts around the world to compile their database of 350,000 real-life players. It’s unclear how Moyes, famous for fielding competitive teams on a meager budget, has put this database to use, though Everton is having one of its best seasons in years, pressing for a Champions League spot. But Football Manager and its emphasis on financial resourcefulness are having more immediate effects elsewhere: a 21-year-old college student was recently given a managerial position at one of Azerbaijan’s top clubs based on his success mastering the game.

It’s a weirdly exciting time. There’s that old saying about “lies, damned lies, and statistics” servicing one and the same con, and the mere presence of numbers and figures and biometric data means nothing. Data is chaos and sequences are everywhere, but they need arranging, and that act is rarely ever agnostic. Data is the new narrative, and it can be deployed to tell tales as inane as anything that’s come before. There will remain those beholden to the “eye-test” (essentially a statement of “I’ll see it when I believe it … ”), and potential civil wars lurk during every close MVP race or cycle of Hall of Fame voting.

But professional sports is becoming increasingly hostile to stubborn Luddites, stories of GMs unable to use the Internet notwithstanding. The only thing surprising about the Memphis Grizzlies’ hiring of PER creator John Hollinger was that nobody had snatched him up first. I admit that I find the rise of data slightly disturbing, if only because the possibility of massive clubs being run by smart, analytical people using the best data available runs counter to my sense of how the world works. I need to know that there is a maverick on the sidelines whose actions are determined by interpreting his gut. I need for improbable comebacks to be explained by commentators as exhibitions of “drive” and “desire.” Equilibrium in the universe means that for every carefully deliberated, all-variables-considered decision, there’s another decision being predicated upon someone having once looked a young man in the eye and gauged the depths of his soul. If everyone drew on empirical data and ran game-tested algorithms, then we would lose an entire dimension of things to complain about.