He Does the Recruiting: Cam’ron, Harlem, and High School Basketball Lies 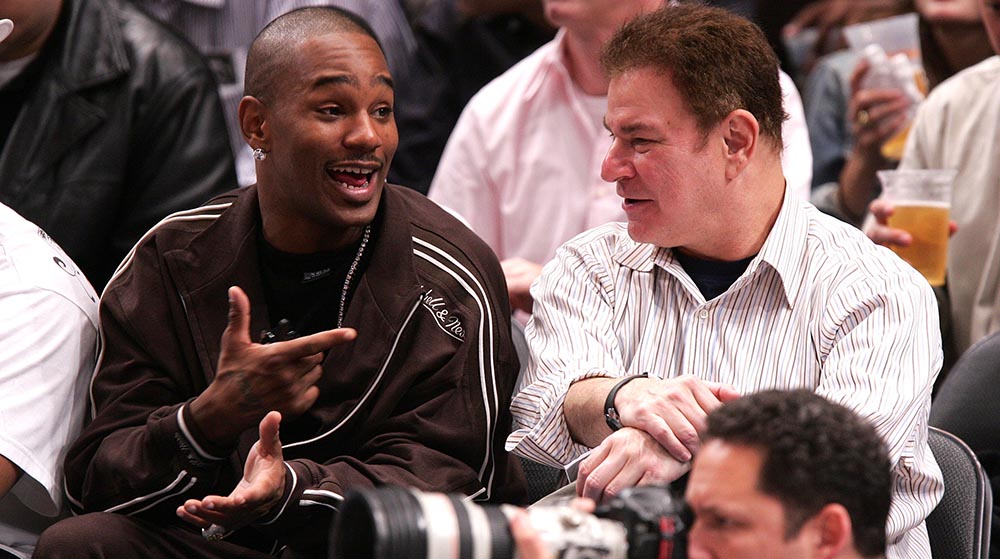 There is a type of person who hears “Dayton … ” and mentally autofills   “ … Youngstown, Cleveland, Cincinnati.” We are a loyal constituency who spend part of each year vacationing in 2002-05. We remain drawn to Harlem rapper Cam’ron’s total commitment to his own unique lore: the pink furs and matching autos, the mischievous punditry, those dogged assertions of heterosexuality that morphed into a compulsive verbal tic, a belief in the Diplomats’ all-world, Jigga Who? superiority.

The straight-faced claim that he and his childhood friend Ma$e could have played in the NBA.

Golly, we’re gullible. It’s a could-have-been that merges two movements for which New Yorkers claim a special relationship: basketball and hip-hop. The legend stretches back two decades. The New York City Public Schools Athletic League playoff semifinals took place on March 14, 1992, at Manhattan City College. Cameron Giles and Mason Betha played for the Manhattan Center for Science and Mathematics in East Harlem. One of their teammates was Richie Parker, who would appear on the cover of Sports Illustrated a couple of years later after losing his scholarship to Seton Hall because of a sexual-assault charge. The Running Rams had shared the Manhattan title league with another of the semifinalists, the Brandeis Braves from the Upper West Side. The heavy favorites were the talented Lincoln Railsplitters, featuring freshman point guard Stephon Marbury — “the next Kenny Anderson” and the latest of the dozen or so Marburys to play basketball for the Coney Island dynasty. The writer Darcy Frey had spent the previous nine months with Marbury and his teammates researching his classic book on the pressures and temptations facing the city’s young hoop dreamers, The Last Shot.

But Lincoln wasn’t the only team with its own embedded chronicler. The nonpartisans cheered on Lincoln’s unfancied, cross-borough rivals, the Lafayette Frenchies. All season, the New York Times’ Harvey Araton and Ira Berkow had filed short human-interest columns about Lafayette’s tough-luck kids, who persevered despite a minuscule budget, empty stands, and unfashionably constrictive, “Cousy-era” uniforms. “Look at this butt,” forward Kareem Sims griped, pausing for emphasis. “I’m choking out there.” Guard Tony Rexha complained that people were constantly making fun of them.

In a preview of the day’s semifinals, Araton played up the respective boroughs’ clashing styles. In Manhattan, the cliché went, teams played with a direct, fast-paced aggression — the product of cramped, ultracompetitive city courts. The comparative openness of Brooklyn, Araton continued, allowed for a more moderate, perimeter-oriented approach. In the early game, Manhattan Center routed Lincoln, with Giles and fellow guard Sherman Jones combining for 35. As the clock wound down, Manhattan’s undersize center, George Williams, began to cry. A few hours later, Brandeis shattered the dreams of Lafayette, thanks in part to the Frenchies’ abysmal free throw shooting.

One week later, Manhattan Center and Brandeis played for the P.S.A.L. title at Madison Square Garden. They had faced each other twice during the regular season, with Manhattan Center narrowly taking both games. For most of the afternoon, Brandeis’s “helter skelter” style dominated. By the fourth quarter, it had built a 10-point lead. But in the closing minutes of the game, a flurry of Manhattan Center 3s brought it within two. With 4.2 seconds left, Brandeis’s Corey Wright missed the front end of a one-on-one. The ball squirted out to Giles, who grabbed it, dribbled past a backpedaling Wright, and lunged toward the basket, heaving up a potential game-winning 3. “It looked like it was going straight in,” Brandeis’s coach would later say. “I couldn’t look.” The shot grazed the side of the rim.

“This is the one play that changed my life,” Cam reminisced in his semi-autobiographical 2006 movie Killa Season. Rap sustains itself on a basic legend-in-two-games-ness that rarely stands up to intense fact-checking. The could-have-been basketball career is always offered as a crucial turning point in the Cam mythology. While childhood friend Big L was trying to make it out of Harlem as a rapper, teenaged Cam and Ma$e were “trying to go to the NBA.” Cam would later claim that North Carolina, Syracuse, Duke, Florida, Southern California, Georgetown, and Miami had all offered him scholarships. Cam still boasts he was ranked in the top 25 of his 1994 graduating class — a claim that was debunked on an NBA draft message board. After all, this was a rich moment for city ball. The graduating classes that preceded and followed Cam’s featured McDonald’s All Americans like Khalid Reeves, Brian Reese, Derrick Phelps, and Felipe Lopez, as well as future NBA stalwarts like Marbury and Jamal Mashburn. But Randall Glading, the coach of Manhattan Center’s 1992 team, recently remarked that young Cam was a “man-child” on the court. “The only thing holding him back would have been his height. He had everything else.”

You can see Betha under the basket as Giles’s shot clangs off the rim. He punches the air in desperation, his face scrunched as though to keep from crying. It was Betha’s last game for Manhattan Center, though he would have to stick around campus and repeat his senior year. There’s a charming moment in Ma$e’s autobiography — the evocatively titled Revelations: There’s a Light After the Lime — where he recounts the summer of 1997, playing one-on-one up in Harlem against God Shammgod. At the time, they were both young men on the verge. Ma$e was working on his debut album with Bad Boy, while Shammgod had just signed with the Bullets. “He was good,” Betha recalled, “but I would always handle my business against him. There would be battles out there.” They would trash-talk each other’s ambitions. “You ain’t gonna be no rapper,” Shammgod barked, while Betha called his undersize friend a “fake Isiah Thomas” who would never make it in the NBA. For a moment, they were both wrong.

Giles left Manhattan Center without graduating, enrolling in community college in Texas. He would soon return to Harlem to reconnect with Ma$e and Big L and start taking rap more seriously. Years later, he would add David Arquette to his “Ankles Broken” list. Cam was no longer a lithe, baldhead teen with NBA dreams, but he approached the task of eviscerating this blissed-out fool with a grim, prideful professionalism, as though to remind himself that one among his closetful of jerseys — ABA, NBA, the Harlem Globetrotters joint he wore at the beginning of the “Bout It III” video — might have born his name. It’s nice to imagine the Angel of History gazing upon some other future in which Cam ices the 3 and he is carried off the court on his teammates’ shoulders, out the Garden and straight into city lore. Some forking path where Giles and Betha are names that stick with you from some unlikely March Madness run or NBA draft guide. There’s probably something to be said about New York’s sense of entitlement here — the way the city continues to self-identify and self-mythologize as a factory for tough point guards and deft rappers, even if other regions seem far more prosperous nowadays. Better to leave some legends unexamined. “We lost,” Ma$e wrote in Revelations, “but we were the baddest team in the city.”

Jimmy Butler, Amir Johnson, and Bradley Beal on the Little Big Things They Do on the Court